You will never be able to afford an electric car!

Concept Car Credit > Our Blog > Car Blog > You will never be able to afford an electric car! 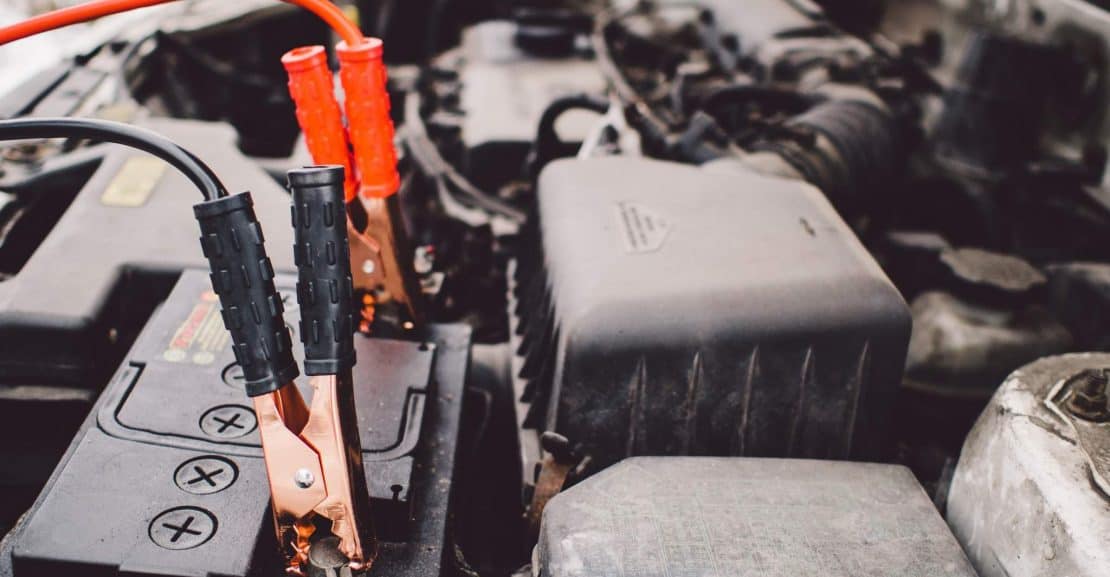 Are you worried you’ll never be able to buy an electric vehicle? You should be. Now the government have announced plans to ban petrol and diesel cars from UK roads, we’ll all have to take the plunge into electric mobility soon.

And at current prices, that transition is going to be a bumpy one for many of us.

This is because ‘green cars’ are expensive by today’s standards. Even after deducting your subsidy, they tend to be around 50% more expensive than their petrol counterparts.

Add to that the fact that subsidies are gradually being phased out and you’ve got a disaster in the making.

Will driving only be for the rich in the future?

Read on if you want to know how you can stay behind the wheel over the next few years.

Remember one thing: You’re not alone.

This may seem like cold comfort. Just because others are equally in trouble, this doesn’t help you, right?

Or maybe it does.

According to a recent study, the vast majority of drivers in the UK fear the moment when all traffic turns electric. Almost 40% expect they will never be able to afford an electric car – a worryingly high number. Curiously, one in five responded that they didn’t really like electric cars. Apparently, it will still take time to convince UK citizens of the benefits and pleasures of electric mobility.

The media were quick to jump on these statistics. But, if you look closer, you’ll quickly discover that not all is quite as depressing as some make it out to be.

Have you read:
EV revolution: Soon, you won’t be able to buy petrol cars anymore.

There are incoherencies in the study.

Perhaps a far more intriguing insight from the study was that consumers clearly lack information on how expensive electric cars actually are.

That’s a curious result. The average asking price for a second hand car in the UK currently stands at £13,705. Even taking into account that this is not the price the cars will eventually be sold at, it’s still well above the £5,000 many participants mentioned as their upper limit.

What this goes to show is that the results of the study seem mostly useless. They are theoretical in nature and don’t reflect what consumers are actually able or willing to spend when push comes to shove.

It also powerfully demonstrates that there is a strong price sensitivity. Which means that as soon as EVs come down in price, demand will automatically rise in response.

So … are electric cars becoming cheaper?

Let’s put it this way: Things are a bit confusing at the moment.

So far, the main focus has been on some of the more exotic and powerful EVs. Some of these are well beyond the grasp of 99.9% of us.

Take the Porsche Taycan, for example. It’s a spectacularly looking car for sure and its performance is second to none right now.

But, as Carwow midly puts it, “this electric car is not cheap”. The cheapest, bare-bone version will set you back £116,000, which is why it’s a waste of time to even think about it.

On the other hand, more affordable models are becoming available. At a mere £4,000, the Renault Twizy has challenged the rules of the market. That said, its business model is different: To be able to drive a Twizy, you will need to rent a battery. This means you’ll need to work out how much the actual cost of use is. On top of that, selling one of these may be harder than with a regular model.

It’s what’s in between these extremes which matters.

The problem is: Things are not exactly clear-cut in this zone, either.

Sure, cars like the eGolf or the VW ID.3 have come down in price. But they are still way more expensive than related petrol models. That difference is going to remain in place for quite some time.

On top of that, the cheaper brands haven’t really made their entry on the EV market so far. Even cars like the Renault Zoe (£26,995), the often touted Nissan Leaf (£26,845) or the SEAT Mii Electric (£19,800) remain out of reach for most customers. And let’s not even begin about the Teslas!

What is happening, however, is that more and more brands are finally entering the market. This, in itself, will lead to significant price drops. It will also lead to more choice in the bottom end of the market. The more car manufacturers follow suit, the more models they will offer for those with bad credit.

This, however, is still some time off: If your budget is limited, you can currently go for a Twizy – or stay out of the game altogether.

Have you read:
Will the VW ID.3 change the EV industry?
EVs, the Lightyear One, range and the car that could drive forever

Doesn’t Dacia have an electric car?

So far, Dacia has been notably absent from the electric scene. Behind the scenes, however, the Romanian car maker has been busy at work to apply its unique and charming low-price concept to EVs as well.

Finally, it seems, the wait is over.

Very recently, Dacia has announced it will present its very own 100% electric model, the Spring, in 2021. It has said the price will be below £20,000 and less than the Mii. This will make the Spring the cheapest EV in the UK and a perfect entry level car.

In a feature, Auto Express revealed some of the alluring benefits of Dacia’s first electric vehicle

This sounds enticing for sure! 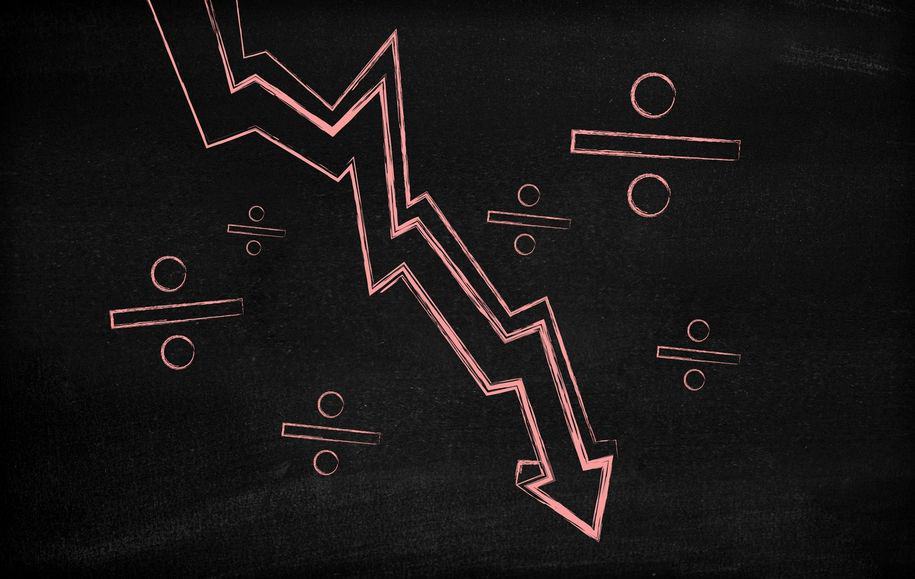 Although the government seem resolved to turn the UK into an electric car paradise over the next decade, they are insistent on phasing out the subsidy for EVs which enticed so many here to make the transition in the first place.

Surely, that’s not a sensible sign. Right now, in this very moment, consumers need reassurance that they can be part of the electric revolution. They need a statement telling them that despite the radical changes, they won’t be left out in the cold.

Admittedly, these subsidies were never meant to remain in place forever. And they certainly made a lot of sense when ecars were even more expensive in the early years of the industry.

However, in real terms, cars may now actually be more expensive than before. Let’s take a closer look at what you’re missing out on.

When the UK introduced its EV subsidy – more sympathetically called plug in grant – you could save up to £5,000 on a new EV. Later, new regulations allowed drivers to save this amount even for fairly cheap cars, to entice even those with slim purses to consider going green.

Since then, two things have happened: The grant has slowly but surely come down. And it is also more specific, with certain vehicles no longer qualifying. The latter should not affect you all that much. Rather, it’s a reflection of technology improving and an incentive for manufacturers to keep improving emission levels.

Ultimately, the drop in prices will become more substantial. But at least for the moment, you will definitely feel the impact of these policy changes.

So, will you be able to afford an EV?

As you might have suspected, the heading to this article was a bit over the top. We firmly believe that the transition to electric cars will work out well. We also believe that these vehicles will not remain the exclusive domain of the rich and famous.

At the same time, it goes without saying that the next few years will be filled with hard decisions and financial difficulties. Should you make the switch now or hold off a little more? Is a used electric car safe to buy? Do you need to prepare yourself in any way?

Here are our recommendations for how to afford an EV without breaking the bank.

There’s no denying it: Right now, EVs are still extremely expensive. It is easy to forget just how new this technology is compared to petrol and diesel. Imagine how long it took for what we now consider regular cars to become available to the average consumer! If you look at it from this angle, we’ve certainly made some big steps towards affordability.

At the same time, that moment is still quite a bit off.

Even when the Dacia Spring becomes available in the UK, it will still set you back around 20,000. That’s nothing to scoff at.

Which is why we strongly recommend you wait before committing to an EV. If you really need a car right now, petrol is still a perfectly valid choice. They’re a lot cheaper, you will be able to drive them for a long time still and from an ecological standpoint, they’ve become a lot less harmful.

If you feel like the moment is right to make the transition, that’s great. But unless you can afford it for 100%, you should avoid buying new.

Perhaps you don’t feel entirely safe going for a second-hand EV. After all, this is a new technology and reliability may be more of an issue here. Also, batteries do lose their longevity after a while, so who knows if those fuel cells under the hood are still up to the job?

We beg to differ. Precisely because electric mobility is still a fairly recent phenomenon, only time can tell which models are actually a good investment. Reviews are helpful, without doubt, but nothing beats the hands-on experience from drivers.

This means that you can only tell the true value of a particular car after it’s been on the market for two to three years. Buying used makes this possible. Whereas, if you pre-ordered a fancy new model because you thought it was exciting, you bear the entire risk of things going wrong.

Of course, you can still take wrong decisions with petrol cars. But chances of that happening are pretty slim.

Most petrol engines these days are incredible. And even the least reliable brands are remarkably reliable by the standards of our parents.

Petrol cars are a mature product and they keep improving by the day.

With EVs, on the other hand, nothing’s set in stone yet. There could be revolutionary new designs tomorrow, making your purchase today obsolete over night.

This is particularly painful since EVs are so expensive. Which makes it doubly vital you go deep with your research. Everything should come under consideration, from the mileage to the top speed, from the method of charging to the size of the trunk.

Let’s say you really want to buy an EV. We obviously can’t stop you. But do consider if you can’t wait one more year.

By holding off on buying an EV by just one year, you can make full use of these benefits and reduce your risk of buyer’s regret.

All in all, exciting times are ahead. Will you ever be able to afford an electric car? Although you can never be entirely sure about anything, it does look like your chances don’t look that bad.