What is the minimum credit score I need for a car loan?

Concept Car Credit > Our Blog > Car Blog > What is the minimum credit score I need for a car loan? 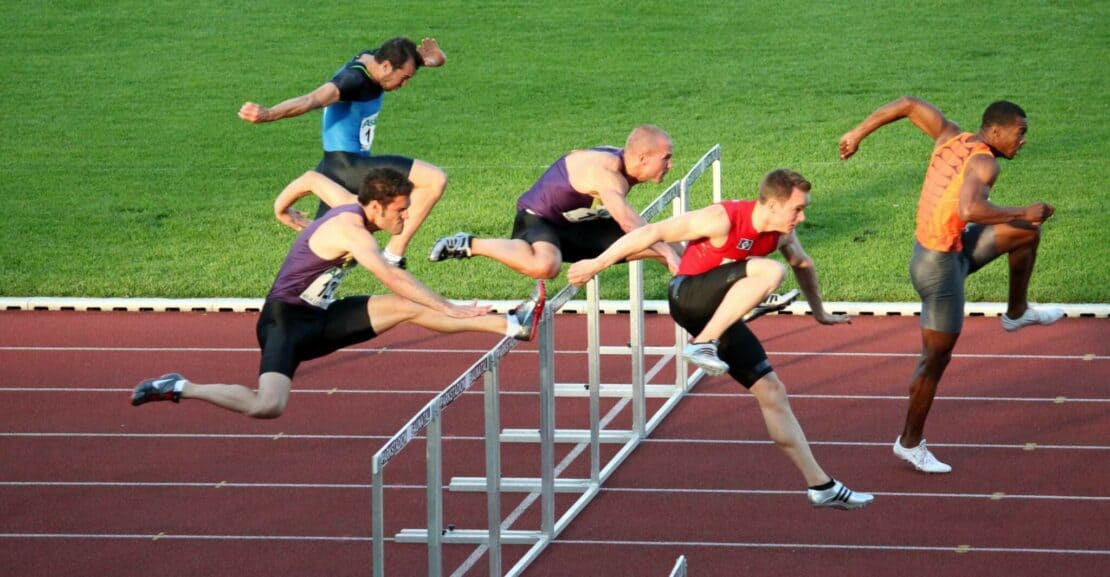 redit scores, in theory, tell a lender how trustworthy you are. With that in mind, you’d assume that a good score leads to acceptance and a bad one to rejection.

So all you need to know is to find out, exactly, where the line between getting accepted and being refused runs. Right?

As it turns out, it’s not that simple.

As we’ll show you in this article, there is no minimum credit score. On the bright side, this means that you stand a chance of getting a loan even if your rating is below average. On the downside, things can quickly become complicated.

Let’s take a closer look to see if you qualify for a loan.

There are four major credit rating agencies in the UK. Each of them collects its own, unique data on potential lenders. And each weighs this data differently, leading to different – and sometimes outright contradictory – results.

All of them, however, use the same basic scale of evaluations. You can typically have one of four ratings:

This is hardly rocket science. So why did we say that things can quickly become complicated?

Well, for starters, the ratings of these four agencies are so different that you can not actually compare the numbers. So, to understand what an Equifax rating means, you’ll need to know what Equifax – and Equifax alone – considers a great, good, average or poor rating. And even if you know your Transunion rating, that won’t mean anything when you’re looking at Crediva and Experian.

We stated in the beginning that we strongly believe there is no minimum credit score. As you’re about to find out, the credit rating agencies unsurprisingly disagree with that.

Further Reading:
Can I get a car loan if my credit score is below 500?

What is the Equifax Rating Range?

Equifax uses five rating zones. In fact, they’re more like grades. Five is one more than the scale we presented you with a paragraph earlier. But the basic idea is the same:

Equifax, according to finance information site Finder, deems it highly unlikely that you can still get credit with a score within the 0-279 range. That’s a remarkable statement, since it does suggest there is a minimum score you need to get.

Let’s take a look at what its competitors say.

What is the Experian Rating Range?

Experian is currently the largest credit rating agency in the UK. It is therefore interesting to note that they emphasises that “there’s no ‘magic’ number that will guarantee your approval.”

At the same time, their statements elsewhere do strongly suggest that there is a minimum credit score in some form. The Experian rating range runs from 0 to 999 and to score less than 560 means “you’re more likely to be rejected for most credit cards, loans and mortgages that are available.”

Again, that does sound very much as though there’s a minimum after all.

What is the Transunion Rating Range?

Transunion has just applied a few changes to its rating scale. It is now using a system called VantageScore 3.0. One benefit of VantageScore is that it allows Transunion to rate customers which were formerly unratable. Another is that it supposedly yields more stable scores, with less fluctuations. Whether or not that is really a plus depends, we suppose, on whether or not you’re happy with your current score or not.

As before, there are still five grades, running from A to F. With VantageScore, meanwhile, the best score is 850 rather than formerly 990, and the lowest is 300 instead of 500.

Take a look at the Transunion Rating table to see what score means what, exactly:

Transunion does not give clear-cut statements about what these five grades mean. Instead, it writes:

“Think of these rankings and ranges as guides, not hard and fast rules for what good credit is. You can use them to help stay on the right track, but they don’t necessarily indicate if you will or won’t be approved for credit.”

So, with Transunion, there is no specified minimum credit rating.

What is the Crediva Rating Range?

Crediva’s scoring system differs substantially from the other three. According to one website, it is mainly based on political information – whatever that may mean – and thus arrives at different results.

For some companies, this entirely unique approach may make for an interesting alternative to what’s already out there. For you, it means that you probably won’t have to worry about this particular score.

In the greater scheme of things, Crediva is still far behind its three main rivals.

Although most agencies seem to suggest there may be a minimum in some form, almost all experts deny this. Why would they do this?

Let’s take a closer look at that now. 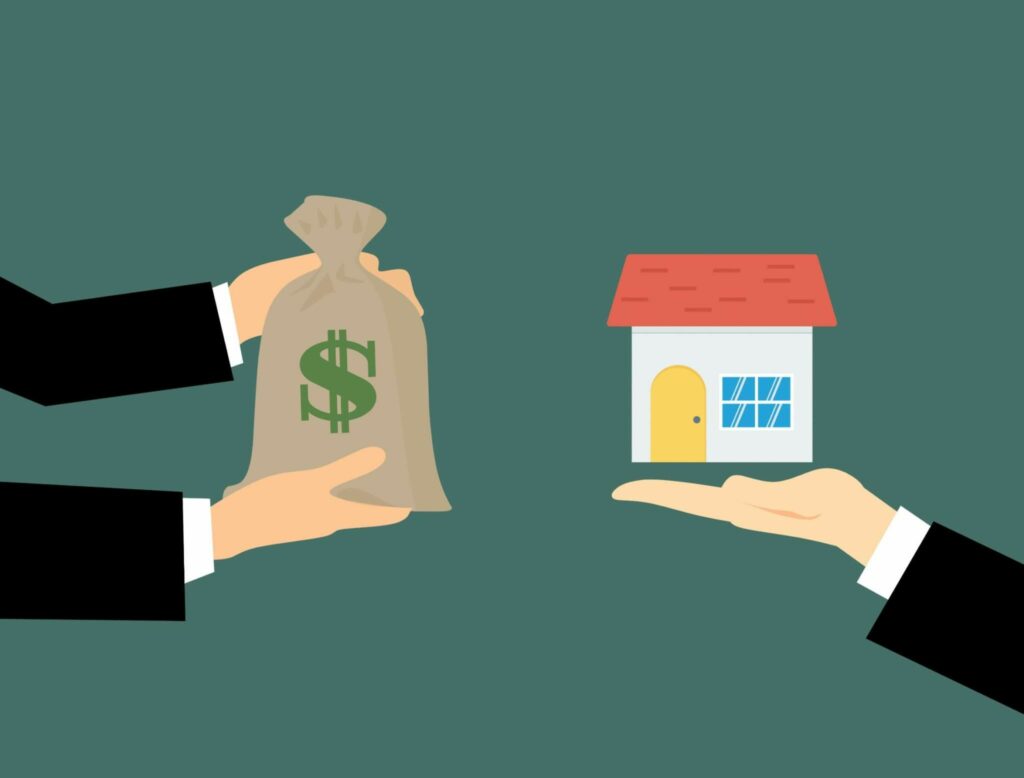 Reasons why there is no minimum credit score: Lenders want to lend.

You’ll almost certainly have heard about banks no longer lending to those with bad credit. Perhaps you’ve had some bad experience with your credit applications in the past yourself which seem to justify that assessment.

The thing is: The main reason that banks have made it harder to borrow money from them is that they are legally obliged to do so. After the recent worldwide financial crisis, banks can no longer just dole out cash the way they used to in better times. So those credit checks and painful rejections are almost never the result of banks not wanting to lend to you.

Quite on the contrary, banks still want to lend as much to private households as ever. They may simply not always be able to. But whenever it’s possible and seems only the slightest bit profitable, they will do what they can to make things work.

A credit score alone is hardly ever a reason for them to deny you.

Reasons why there is no minimum credit score: Because context matters.

Age ain’t nothing but a number and so is your credit score. Beyond giving lenders a very rough idea of your past payment behaviour, it doesn’t really mean a whole lot.

In order to understand how trustworthy and reliable you really are as a customer, credit companies need a lot more details. Which means that the relevance of the credit score pales in comparison to the importance of the credit report.

The credit report breaks down exactly what information was used to arrive at that number and provides for more in-depth analytics on where your strengths and weaknesses lie. In a way, the credit report makes the score unnecessary, because after reading it, you’ll gain a much better picture of your financial health.

It is conceivable that for some companies, the convenience of just having to peruse a single number takes precedence. But it’s not like the full report takes ages to read. For any larger loan, the credit rating only really makes sense in conjunction with the associated history.

Reasons why there is no minimum credit score: Because other factors matter, too.

A credit report is all about the past: it is based on how fully and timely you’ve paid your bills, on whether there have been any defaults.

To some, it is perfectly reasonable to predict future behaviour based on these events. Others aren’t so sure. A default comes as a shock to many and just as many decide to improve their financial behaviour from that moment on. The further back a default lies in the past, the less relevant it is to make any meaningful statements about the future.

Which is why many companies will use an assortment of additional factors to get an even more accurate picture.

It also matters how many credit lines you can tap into.

This is because a credit line can come as a means of last resort in case you can’t pay your loan instalment for a while. For this very reason, some experts warn against closing down a lot of your credit card accounts to soon to your credit application.

Even if your rating is one element of the decision process to a lender – it is never the full story.

Further Reading:
You Need Car Finance without Credit Check! Really?
Ability to repay: How do I know if I can afford a car loan?

Reasons why there is no minimum credit score: Because there are other solutions.

Finally, if a lender is truly interested in lending to you, they will find a way to make it work.

This is our approach as well. Sometimes, we realise that it would be reckless and dangerous to extend credit to a potential customer. This is because any more debt they take on could get them in trouble. In that case, we’ll suggest the customer first improve their finances and then come back for a second application.

But if we can see you’re committed to paying back the loan and have taken positive steps towards better financial health recently, then we will do everything in our power to get you behind the wheel again.

The most important difference with most banks and dealers is that we tend to look not at getting back our money as fast as possible, but instead at how much you can reliably pay back each month. These things are not the same, after all. There can be a substantial variation in monthly payments between the two approaches. And sometimes, that can make the difference between being able to get credit or not.

So, what does that mean in practise? Simply that we try to bring down the monthly payments to a reasonable level. As a result, the interest rate rises a bit, so you’ll pay more in comparison. But that’s money well spent, if it saves you from defaulting on the loan.