Volkswagen Passat Alternatives: Which car can beat the king? 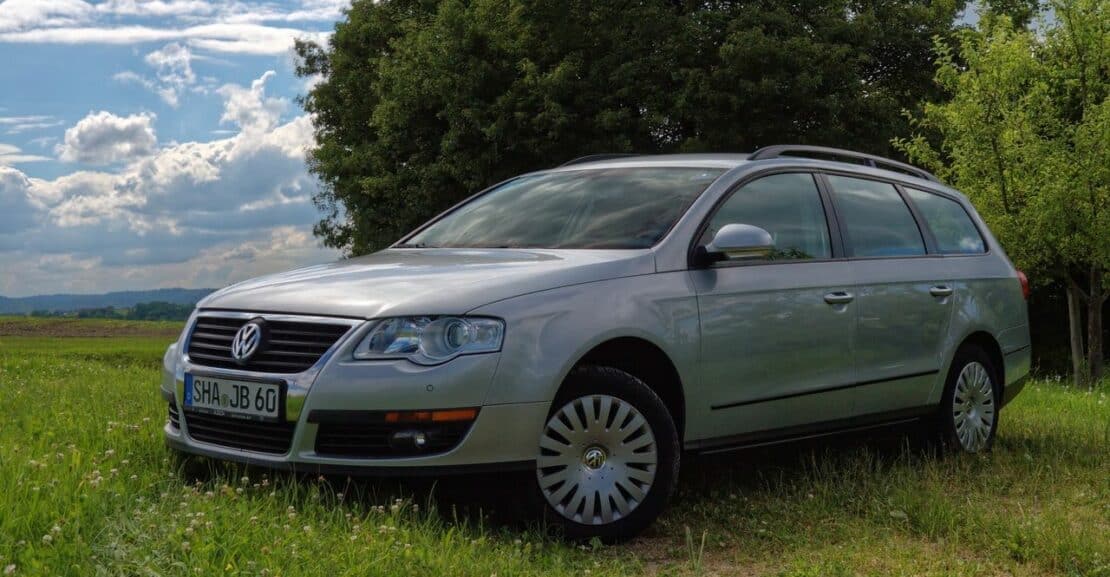 The first Passat was a copy. Literally. All the way back in 1973, Volkswagen wanted to piggyback on the success of the Audi 80 and designed a fastback and sedan version of its more expensive brother. The move paid off: Already the first model generation was an instant success. Since then, the Passat has gone from strength to strength. Today, its position as the leader of its class is practically unrivaled – can any car take on this German powerhouse?

We sincerely hope so!

After all, as we’re sure you know, Volkswagen is very well aware of the Passat’s popularity. With an entry price of about £28,205, it sits right at the cusp between affordability and luxury vehicles.

So, an alternative to the Passat would be great! Let’s take a look at what the market has to offer. Before that, though, let’s ask an essential question:

What makes the Passat so good?

Or to put it differently: What are its competitors up against?

Here are the main benefits of the Passat:

What are the weaknesses of the Passat?

No car is perfect. Even the Passat has always had its weak spots. After almost 40 years at the top, it seems unlikely that competitors can beat the Passat on its core strengths. However, there are a few areas which can be improved:

So, with that in mind, let’s take a look at the competitors.

Vauxhall Astra & Insignia: Cheap, but not quite the same standard.

We recently took a long trip with the extended family. One half of the group drove in an Astra, the other in a Passat. I had the pleasure of switching halfway and could thus perfectly compare one to the other.

What I noticed straight away was that the Astra was clearly smaller than the Passat. It also felt less like a quality ride. On the other hand, it certainly wasn’t unpleasant. And no one in either car complained of a lack of space.

So, are the Astra and Insignia potential rivals for the Volkswagen Passat? Because if they are, you could save yourself a lot of money!

Very few reviewers would recommend switching to either of these.

The general opinion seems to be that the Vauxhalls simply neither have the class nor the features to make for a serious alternative. Even the Insignia is considerably smaller. Especially if you’re tall, you will notice this straight away.

Curiously, however, the new Insignia does have its fans. When Germany’s biggest car magazine Autobild videotested the Passat and Insignia, viewers lambasted the comparison and passionately praised the Vauxhall. A review by Cars Boom also caused an avalanche of Opel love.

Considering the remarkably low price tag for the Insignia – it really feels too good to be true – you should probably take it for a test drive. 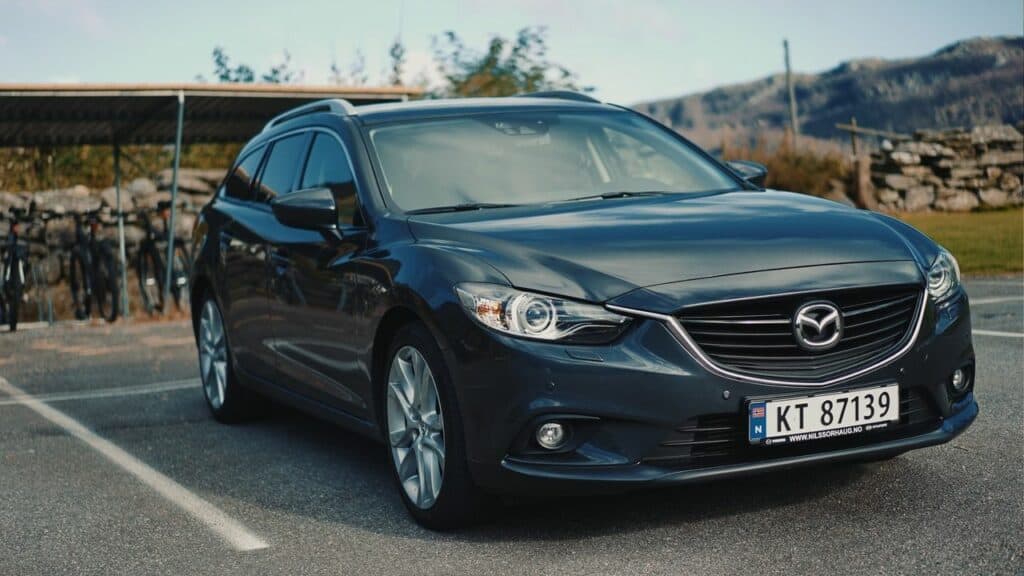 Mazda 6: Close, but too close?

Mazda may well be the best brand to get next to no recognition for its achievements.

Reviewers typically mention it in passing only. The mass public tends towards seemingly safer choices like Toyota. And contrary to Subaru, for example, it is not a cult brand with a group of ultra-dedicated fans.

The Mazda 6, however, is an exciting proposition. It is more economical than the passat (although the difference is slim) and most reviewers agree that it offers a more gripping driving experience. For many, the Mazda 6 is the hottest contender for the throne of the best large saloon.

Ironically, it is precisely because it is so similar to the Passat that the Mazda 6 falls short in several ways.

From our point of view, there are three main arguments that make the Mazda the lesser choice:

It’s like Mazda have done so well to copy the Passat’s strengths that they forgot to carve out a distinct enough profile of their own. In the end, the original still looks better. (which is not to say that the 6 isn’t a great car, because it most definitely is!) 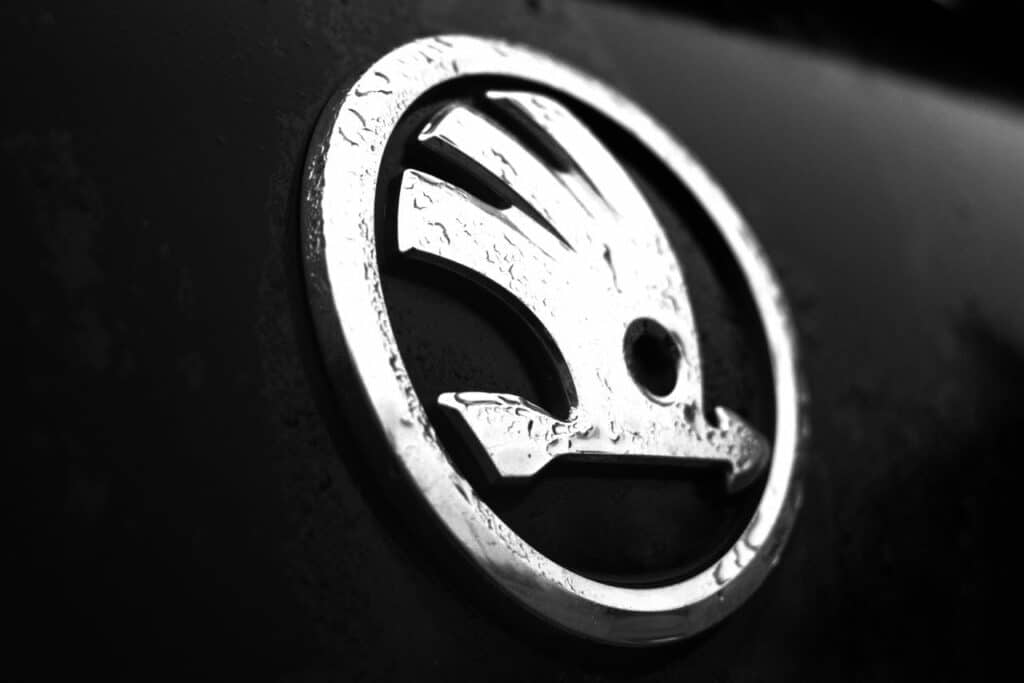 Comparisons between Skoda and Volkswagen are always interesting. After all, what could be more juicy than watching a sibling rivalry between the established giant VW and the aspiring former budget brand of Skoda?

The Superb is almost exactly as expensive as the Passat, which makes the comparison even more salient. Skoda have not even tried to undercut the Passat’s already quite high price. Which means that the two are now competing at eye level – Skoda is clearly very confident about its top saloon.

It has every reason to be: The Superb is an all-around great car with excellent features. When it comes to boot space and passenger comfort it matches the Passat pretty much: There is less head room, but it makes up for that with even more generous leg space. Its trunk is more sizeable, but the Passat offers a three-way split.

Is the Skoda Superb essentially the same car as the Passat? Some will argue that it is. Ultimately, the differences are so small that only a test drive can tell you which of the two is the better vehicle.

The Camry makes for a fascinating side-by-side comparison with the Passat. This is because, while the Volkswagen is clearly the car to beat in Europe, the Camry is the class leader across the Atlantic. As a result, the Passat takes on the position of main contender. Which reverses the situation over here and in Europe.

If you research the Camry vs Passat, you’ll quickly find that almost every American review places the Camry ahead of its German rival. Which is interesting, as over here, no one would even dare to consider the two as equal.

So why would so many consider the Camry superior?

We read all major reviews on the topic. Here are the main reasons provided by major car websites why they think the Camry ranks first:

And … that’s it! Each and every review essentially makes it clear the Passat is great, but the Camry is better – without ever going into the reasons why.

Newcars.com has a far more transparent article on offer. It allows you to directly compare the most important aspects of these two cars side by side. Here, it becomes clear that the Passat is almost undeniably the better car in all respects that truly matter. (Unless you seriously believe more trim levels is a more important point than driving experience.)

The Camry does offer more extras and that legendary Toyota reliability. So, perhaps, all in all it is the main contender to the Passat’s throne after all. It probably just isn’t more than that.

The Ford Mondeo used to be an interesting alternative. In some ways, the Mondeo was to the Passat what the Insignia is today: A clever, slightly more modern-looking, considerably cheaper car with a satisfying, albeit not quite-there, overall impression.

Ford has announced that it is phasing out the Mondeo after 2022, however. Since it has never been a car with a particularly pronounced profile, we expect most people to quickly forget about it after that.

However: On the used car market, the Mondeo may be interesting if you’re looking for a a really good deal.

The Volvo S60 is one of the most desirable models of the Swedish manufacturer.

It certainly looks good an quite distinct on a model flooded with almost identical car body designs. It is very well made and its functionality is excellent.

That said, it is even more expensive than the Passat, while not offering anything essential to explain that difference. Ultimately, if you can find one for a great price, it remains an interesting option. It’s just unlikely that you will.

So … where does this leave us?

If you are looking for a Passat but can’t afford it, there is currently no car out there on the UK market which can match its quality on a smaller budget. The few true contenders are pretty much as expensive as the Passat is – signs that you truly get what you pay for.

From our perspective, the most interesting alternatives are:

Of course, the biggest contender to the Passat is … a used Passat! Get the full benefits at much reduced price. Visit our digital car showroom now.