What are the most popular cars in the UK?

Concept Car Credit > Our Blog > Car Blog > What are the most popular cars in the UK? 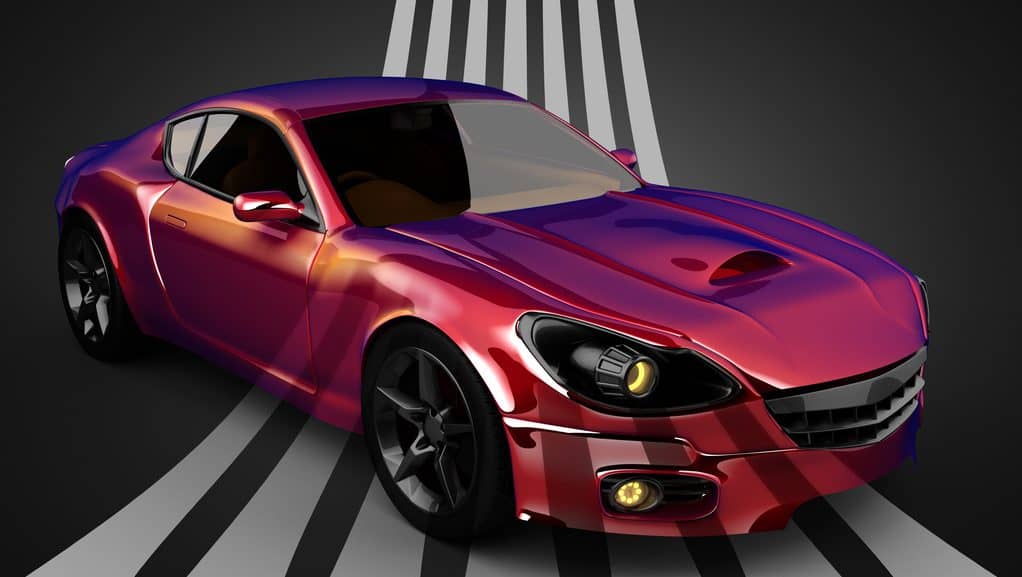 There is an entire industry of magazines and online websites built around a single question: What are the best cars? As intriguing as this topic may be, it is often of a rather theoretical nature. In practise, car buyers will check expert analyses and in-depth tests – but let their feelings decide in the end. And so, the list of vehicles chosen deemed ‘best“ by car critics differs quite dramatically from the list of those actually bought by consumers.

These buyer preferences have been remarkably stable. Trends have come and gone, some car types (such as SUVs) have suddenly gained in popularity, while others have faded from sight. Overall, however, we still love and buy the same models our parents used to. Is there, perhaps, something Freud’ean going on here?

Only one thing has definitely changed, however: Living in globalised times, we no longer seem particularly interested in buying British anymore. Only four out of the UK’s most popular cars were either British or built here.

Before we turn towards that famous top 10 of most popular cars, let’s first look at an interesting paradox

Most searched for versus most bought

As mentioned, the list of the most bought models in the UK has hardly changed over the past two decades. And yet, interestingly enough, these cars are not the most sought for on the Internet. Instead, the BMW 3 series has held on to its top position on this list for years, with the Bavarian brand and its Swabian rival Mercedes occupying half of all places in the top 10.

How can this be? Simply put, we have become a lot more practical and sensible when it comes to choosing a car. The most sought for list is all about desire and passion, containing plenty of luxury brand models. It is about the car we secretly dream about …

… before we realise it’s really just a dream and move on.

In contrast, spending countless hours researching about the Ford Fiesta seems superfluous. Don’t we know all there is to know about this car anyway?

Most Popular Cars in the UK: The current top 10

So, without further ado, let’s turn towards the latest top of the most popular car models, as reported by Auto Express:

A few things are of interest here.

First of all, the fact that the Ford Fiesta isn’t just the most popular car in the UK. It is the most popular car by far, selling more than the two runners up combined.
Secondly, the strong presence of SUVs in the top 10 – clearly, they are more than just a temporary fad, but a long-term phenomenon.
Thirdly, the rather disappointing achievements of Vauxhall, Although the brand did manage to successfully introduce the Mokka and even surpass the registration numbers of the almighty Qashqai, its Corsa and Astra models have lost a lot of ground compared to the competition.

Finally, it is quite remarkable that the Mercedes A- and C-Class have turned into veritable bestsellers, even outselling far cheaper models by a long shot.

What about used cars?

If you’re wondering why the above mentioned list does not fully match the picture you’re observing on the road, there’s a simple explanation: The used car market has long eclipsed the demand for new cars – and here, different rules apply.

Most importantly, buying a used car is a lot more about affordability than buying a new car. And depreciation affects car brands and models in strikingly different ways. This means that a Volkswagen Golf, which holds its price quite well, features less heavily in the used car charts than the Fiesta, which loses value a lot faster – partly, perhaps, because there is simply a larger supply.

In practise, these considerations add up to the following top 10 from 2017, compiled by Car Gurus:

So what makes some models more popular than others? 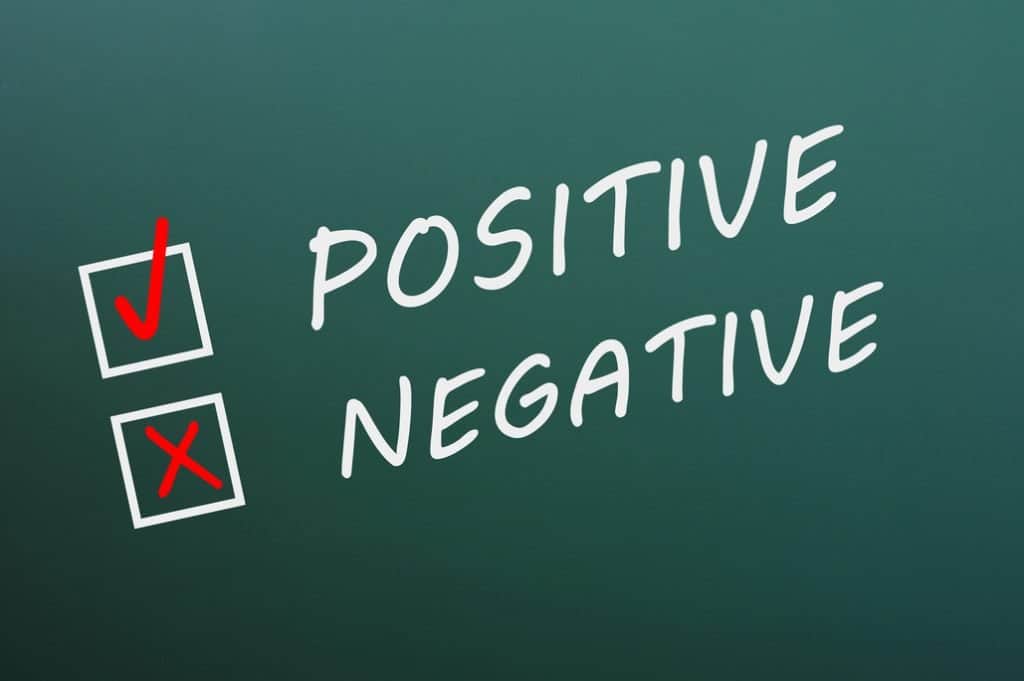 Good question. To find out, let’s take a closer look at the five most popular models in this country at the moment:

Ford Fiesta: A Question of Trust

Amazingly in these fast moving times, the Fiesta has been the most bought car in the UK for 40 years. In a way, familiarity and trust may be the most important reasons today, as generation after generation keeps growing up with this car.

But obviously, the Fiesta has clear pros as well: It’s spacious, economical, reliable and still fun to drive. It is also competitively priced, especially since it can work both as a single’s vehicle and a family car.

The Golf is perhaps the perfect car. It feels like a supermini in some respects – it’s great to navigate and you’ll always find a parking space – and incredibly roomy at the same time. Despite Volkwagen’s blemished reputation, the Golf has always been the brand’s poster boy, achieving excellent results in reliability tests year after year.

And, as Car Gurus has correctly pointed out, “there is a Golf to suit every budget, whether it’s a cheap old runabout for a couple of hundred pounds or a four-wheel-drive R model with a turbocharged 2.0-litre engine that gives it the pace to keep up with much more expensive sports cars.”

As with the Fiesta, the Focus has been around for a very long time. It therefore easily inspires trust. Rightly so. It may not earn the fiery support of car magazines. But it does earn more than respectable reviews almost without fail.

Plus, for many buyers, the Focus is an almost ideal allrounder, offering excellent value for money. And it’s new design makes it look a lot more desirable to boot.

The Mokka is one of Vauxhall’s few success stories on the UK car market over the past years. But what a success story it is: Knocking the extremely popular Qashqai from its pole position in the SUV department, the Mokka has won over the hearts of Britons in no time. This, despite the fact that very few experts actually consider it the best vehicle in its category by any means.

Some things, it seems, will have to remain unexplained. And, it has to be said: With its distinct design, the Mokka certainly is a pleasure to look at.

With its A-Class, Mercedes has achieved the seemingly impossible: To produce a car that offers all of the feats that make a Mercedes the possibly most desirable make in the world and still make it affordable.

The A-Class certainly isn’t cheap, but it has suddenly placed a luxury item within reach of a lot of households. Little wonder, then, that it has become a regular face in the top 10. 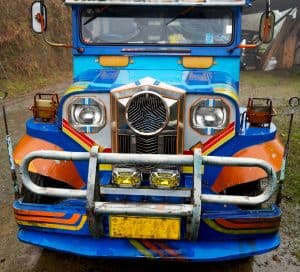 As a little aside, it is interesting to note that the make and model are not the only factors deciding about the popularity. Colour matters, too. This is one of the reasons why car makers are now offering a wider palette than ever before – and making customers pay for any non-standard timbre.

With this in mind, the current trend in the colour department is as clear as it is surprising. According to a recent article by Express, basic colours black, grey and white are favourites of two thirds of car buyers, each taking about 20% of overall market share.

It appears that, faced with a dizzying selection of colours to chose from, more and more customers are going down the proven path. Black and white especially are safe choices, which will neither excessively excite nor provoke.

Black especially is almost the default choice for business cars, for example.

Each car market differs slightly from others. Except for the UK, perhaps, there is a strong tendency to favour local car manufacturers, for example. And different weather- and road conditions also play an important role in deciding on the popularity of certain cars.

And yet, even considering regional differences, the UK car market is certainly in a league of its own. Our most popular model, the Fiesta, for example, does not hold the top spot in a single other country in Europe. Generally speaking, our preference for Ford is unparallelled in the EU.

So, which cars are European leaders?

The Scoda Octavia is a firm favourite with continental buyers. It holds the pole position in a full seven countries. The Volkswagen Golf is number one in five countries, and also ranks in the top 5 on almost every single market. And then, there’s the Renault Clio, which isn’t just breathtakingly popular in its home country of France, but also in Slovenia and Portugal – despite not even featuring in the UK top 10.

Things become even more fascinating when taking the global perspective. Here, brand and makes suddenly enter the picture, which we hardly know about in the UK – or which may never have heard of. According to Forbes, this is the top 10 of car registrations:

Quite a difference compared to the UK and European markets! Toyota especially is a firm favourite with Asian and American customers, while the Chevrolet Cruze is a vehicle that is built almost exclusively for the US market. The Kia Rio, meanwhile, is favourite with Iranians. And then, of course, there’s the Wulling, a General Motors collaboration which has taken China by storm, where it’s by far the most ubiquitous vehicle.

Of course, it’s this diversity which makes the car market so fascinating. We may not always understand what makes car buyers tick – but we’re certainly glad they’re following their instincts.