Analysis: What’s the most expensive country to buy a car? 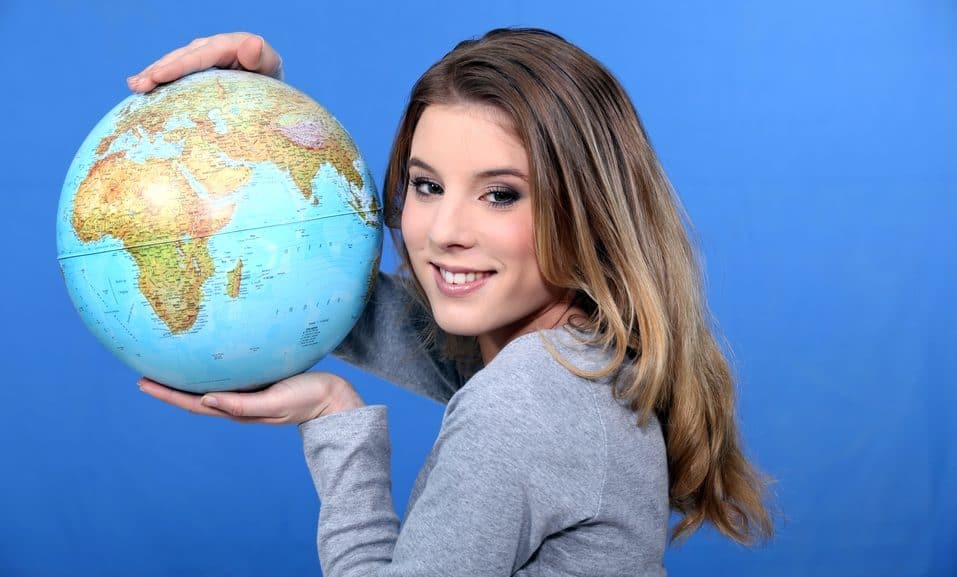 It is easy to see why so many people complain about the prices of buying a car. Especially the costs of desired vehicles can indeed be steep. The problem is compounded by the economically uncertain times we’re living in. Finding a bank that will award a loan to someone with less than perfect credit rating, for example, can seem almost impossible.

And yet, we may not be too bad off in the UK. When it comes to the most expensive countries to buy and own a car, we should, in fact, consider ourselves lucky. Allow us to take you on a roller coaster ride through the world of car prices. Make sure to fasten your seatbelts, in case you should experience a sudden shock.

What makes some countries more expensive than others?

We have become so accustomed to comparing prices globally and order goods from all around the world that steep price differences between countries today seems like a thing of the past. On the car market, however, these differences have remained intact. And if statistics are correct, regional price gaps may actually be growing larger.

There is a certain logic behind this development. Climate protection measures are now widely accepted as an important political goal. With middle classes growing even in many developing nations, cars have come within immediate reach of hundreds of millions of new consumers. This has made taking incisive action a priority. Making car use more expensive is one way of achieving that goal.

As a general rule, Business Insider writes, countries where cars are most expensive to buy, often offset this with lower maintenance costs and vice versa.

This does not apply to most of the countries we’ve compiled below. What makes these countries more expensive than others are mostly taxes. On top of that, some governments add various other surcharges. Others make car ownership dependent on permits or licenses, further increasing the costs of buying. And some of them, such as Singapore, do all of the above.

Let’s take a look at how expensive it can be to buy and own a car across the globe.

The most expensive countries to buy a car

North Korea is perhaps the most unusual place for this ranking. For one, there is very little reliable data on anything. Secondly, hardly any of the regular models are available for sale. This makes comparing prices difficult. Thirdly, the question of whether you can actually buy a car or not is not just a purely financial one. It may also depend on the goodwill of the authorities.

All of this obviously combines into a situation where even some of the most down to earth cars can be exceedingly expensive. Which may just be the reason that hardly anyone owns one.

At least on paper, a lot has changed for the better on the Cuban car market. Prior to 2011, buying and selling was basically impossible. Since then, tentative deregulation measures have opened up the island to car manufacturers. Today, it is theoretically possible to buy and own a car, including many of the popular brands and models.

Unfortunately, in reality, Cuba has remained one of the most expensive countries to own a car. Liberation does not affect the second hand market, which puts used cars out of reach for most drivers. And thanks to central price setting and various taxes, the prices of most cars remain sky high.

Which is why most Cubans stick to their proven approach: Repairing oldtimers.

A beautiful island it may be, a heaven on earth. But when it comes to cars, St. Kitts and Nevis looks more like a private hell. Important taxes are breakthtakingly high, making it one of the most expensive places to buy a car. A 2012 Prius, for example, costs around $171,405, according to car site jalopnik.

Perhaps the only upside to this situation is that the island is tiny. You may just be able to make do with a motorbike or even a bicycle.

One would not expect Brazil to rank this high in the list of most expensive countries to buy a car. After all, this South American powerhouse has experienced solid growth and incisive political reform over the past decade. This would suggest that opening the car market up to an increasingly affluent middle class would be in its own interest. Alas, that is not the way local authorities see it.

In fact, Brazil stubbornly remains one of the most expensive countries on the planet to buy a car. The main reason for this dilemma is that car taxes are extremely high, as carloanworld reports:

“Brazilians pay upwards of 36% taxes on the purchase price of all cars, while (for example) consumers in the United States pay about 6.1%; the Luxury Car Tax in Australia is as much as 33%, but is only applied to high-end cars worth over $61,884 (or $75,375 for fuel-efficient cars).”

And if you thought that importing a car might resolve the issue, think again: Import duties hover around the 35% mark as well.

Malaysia is a special case when it comes to car prices. Even some of the most regular models sell at luxury car prices here, making Malaysia the second most expensive country to buy a car. Behind this is a scheme to shield its own local car producer Proton from foreign competition. So while owning a foreign car is prohibitively expensive, driving a Proton can actually be quite affordable, even for less affluent Malaysians.

Singapore has led the ranking of the most expensive countries to buy a car for so many years that this has almost become general knowledge by now. And it’s true: Only 15% of the population can afford a car. Some car prices are simply insanely high: A Toyota Corolla sells at $135,988.00 here, which is also almost exactly the price of a new Scion FR-S. Even a Volkswagen Golf costs around $90,000. In the UK, these vehicles sell at around a third of that or less.

The reason for making cars so expensive is simple: Singapore is tiny and extremely densely populated. If more people owned a car, roads would quickly clog up. Singapore also boasts one of the planet’s best public transport systems. This means owning a car may not be absolutely necessary, even for high ranking executives.

To make cars more expensive to the general public, Singapore uses a combination of measures, all designed to inflate prices to stratospheric heights:

Singapore also has the world’s largest percentage of millionaires, which explains why car prices like these are realistic at all.

China is not yet anywhere near these prices. Still, it is definitely in most experts’ list of the most expensive places to buy a car. For one, this is because cars are still high in demand and hard to get- Secondly, China applies a similar system of heavily taxing cars to avoid traffic congestion and pollution. However, none of this has kept many Chinese from acquiring a vehicle of their own. 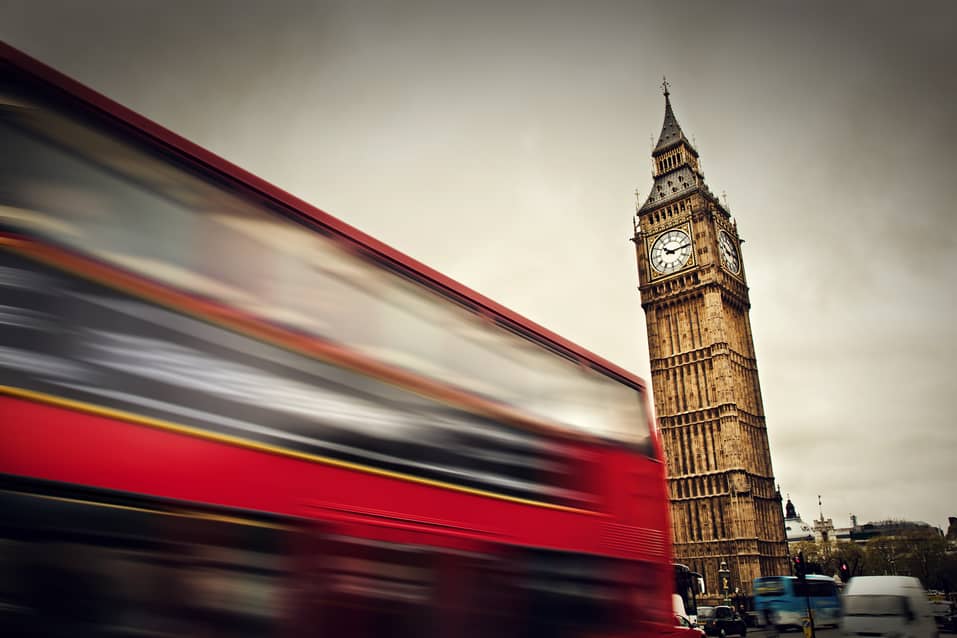 The UK is frequently an outlier on these lists, which are otherwise dominated by Asian countries and developing nations. Although you can still buy used cars at a reasonable price here, new cars are by default a lot more expensive than in mainland Europe. Right hand driving is to blame for this, which makes importing cars from other countries impossible or impractical. Compared to Singapore you may still be well off. But that’s about where the good news ends.

Of course, the costs of buying a car are not the only ones you should be looking at. The real costs of owning a vehicle only show up once you’re actually driving it. It therefore makes sense to take a look at the various other expenses incurred by a car after purchase.

Petrol costs are obviously lowest in petrol producing countries. In Saudi Arabia, according to fairly recent data, it costs a mere 20p per litre to fill up your tank, with Turkmenistan, Algeria, Kuwait and Iran following closely behind. Compare this to the prices charged in Norway, Hong Kong and Singapore, which all hover around the $2 mark!

Road taxes also add to maintenance costs in countries like Brazil, France and, once again, Singapore. But there are many other aspects factoring into this as well, including the costs of having your car repaired. When it comes to the true costs of owning a car, at least in Europe, the ranking looks slightly different than the one we described above. Here, the Netherlands takes a firm first spot, according to a recent survey:

“On average, Dutch motorists spend between € 600 and € 800 on their cars each month, depending on their fuel choice. The cost of driving a diesel car can vary as much as € 350 a month across Europe.”

Obviously, you can do a lot to offset the costs of a car by buying second hand, selecting economical models and finding a great car dealer with competitive prices. If you’re living in Manchester, Concept Car Credit should be your first choice. Do drop by our show room or browse our website for current offers and information on our unique financing options.