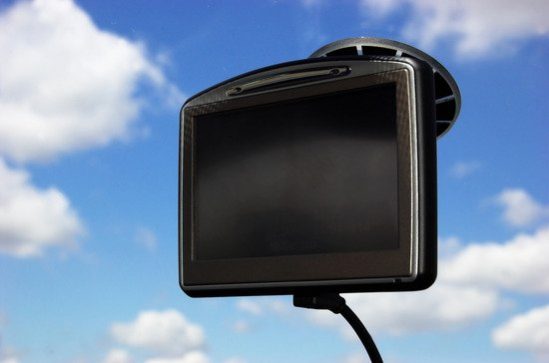 Only a few years ago, a satnav was a luxury item reserved for the well-off. Despite the hefty price tag, more often than not, its functionality was highly restricted: smart traffic information was still a long way off, visuals were rudimentary, power usage was high, maps would quickly get out of date and on many occasions, the device would send you in the wrong direction or down streets which no longer existed. Today, obviously, that situation has changed.

Sat Navs for the Masses

The price of a satnav has gone down considerably, making it affordable for the masses. The collaboration between technology companies and mapping services has resulted in more accurate satnavs and less mistakes. Better wifi reception across the world has meant that real-time traffic information has greatly improved and allowed for on-the-go updates of existing maps. And finally, the advent of cheap satnav apps for smart phones has opened up an entirely new playing field.

At the same time, with so many options to chose from, selecting the best satnav has become fiendishly difficult. About time to take a look at the criteria for finding the satnav that meets your needs.

Before we do that, though, let’s first take a quick look at the winding path that made the sat nav one of the most successful consumer items of the past decade. Here’s a nice tidbit: If there’s one person who deserves most of the credit for initating the sat nav hype, it must be former US president Bill Clinton.

While he’s mainly busy writing and promoting crime novels these days, Clinton made a seminally important decision in 2000. In that year, he ended military scrambling of satellite signals. This decision made possible the development and use of sat navs for civilian cars.

It may have been rudimentary compared to today’s models. But it already contained a touch screen and its directions were a lot better than anything thatd been available before. Soon, an entire industry would mushroom around similar stand alone devices.

Why Sat Navs changed the world

To understand why sat navs would take the world by storm, you need to take the reality of the late 90s into consideration. Although the Internet was about to break through on a massive scale, it was still very much in its infancy. Theoretically speaking, you could search for directions online and then print them out for your trip. In practise, the data would often be erroneous. And if you should ever take just a single wrong turn, you were on your own.

According to the UK’s PC Mag, the first navigation system had already appeared in 1995. Needless to say, however, it was not very accurate and did not offer traffic updates, traffic alerts and free map updates.

Paper maps, on the other hand, were just as bad. Mostly, they were out of date the moment they were printed. Extremely inconvenient to use, especially if you were driving alone, they proved to be a constant source of irritation.

With the advent of the TomTom GO, you could suddenly leave your paper maps at home. It had voice navigation, up to date maps, could alert you to petrol stations and warn you against traffic jams. The convenience this offered frequent long distance drivers or in busy inner city traffic effectively represented a revolution.

The Smartphone: GPS for everyone! 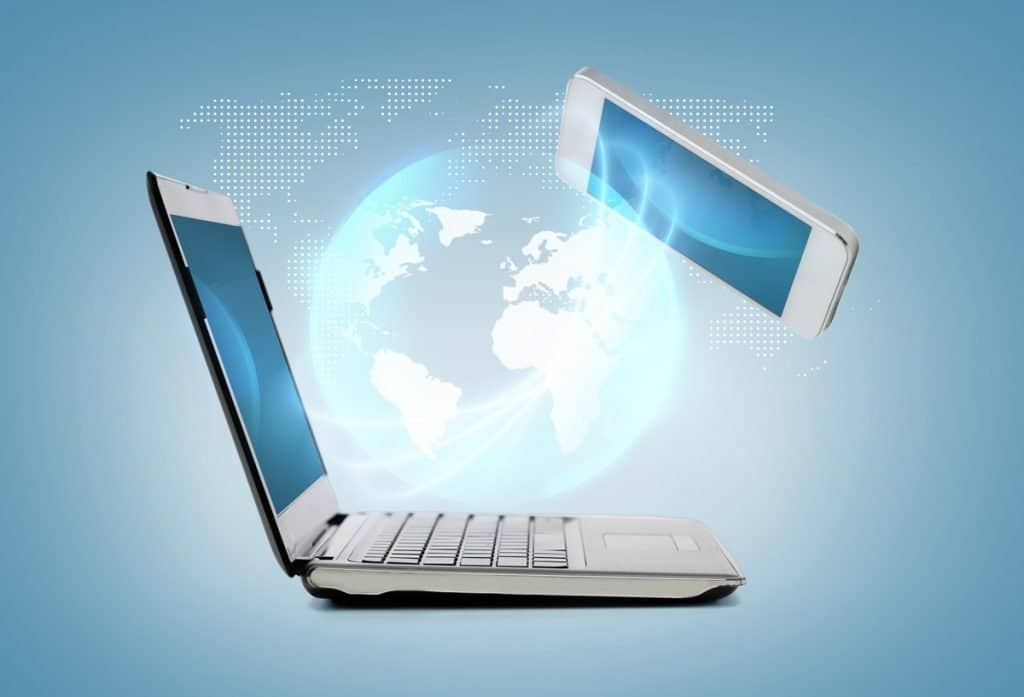 After the floodgates had opened, there was no stopping. And yet, the sat nav industry would soon discover that it wasn’t invincible. After creating a multi-billion Dollar market in just a few years, the manufacturers saw their profits dwindle, as GPS units were built into smartphones. Essentially, everyone with a working phone in their pocket could suddenly use it to get the best routes and traffic updates.

At first, most sat nav producers hardly took this challenge seriously. After all, their main asset was quality map material. And this, they were certain, was far too expensive for any free online service to just make available to the public. And so, rather than spend their time worrying about smartphones, they bickered about who got to take over the last remaining independent mapping services in the USA.

Google Maps would reveal this strategy to be foolish.

Its first iteration was as error-prone and slow as some of the very first satnavs. Quickly, however, after several rounds of improvements, it turned into a serious challenge for the satnav industry. The same applied to apple’s mobile mapping service, even though it was still based on a collaboration with satnav manufacturer tomtom.

Google Maps was the perfect disruptive technology: A free navigation app with dynamic lifetime map updates and, in later versions, live traffic information and the most expansive database of roadside information imaginable.

Why waste valuable money on something that you can also get for free? As one manufacturer after another took a fall, it seemed as though the sat nav would spend its future on the scrapyard of history.

How the dedicated sat nav made a comeback

Things would turn out differently. Yes, satnav apps have improved quite a bit over the last years. That said, they are anything but perfect. For one, they are not really entirely free. If you intend to use a satnav app in your car, you will require a mount for your smartphone – and unless you’re buying a cheap ans thus unreliable one, this will definitely set you back a few Pounds. What’s more, you’re running your satnav app on a device which also doubles as your telephone and calendar. This can obviously be an issue.

And then, the sat nav producers learned from their fall. It helped that the market now comprised just two companies: TomTom, the original pioneer, and its long-time closest rival Garmin. The duopoly situation gave the survivors time to breathe. Together, they would reshape the seemingly outdated sat nav into a competitive, incredibly useful device.

For starters, they improved functionality. Lifetime map updates turned from a costly extra into a standard feature, thus ensuring perpetually up to date maps. You could connect the navigation unit to a smartphone to enable hands-free calls. The database no longer merely included petrol stations, but also detailed restaurant information and sightseeing recommendations. And the speed of the system increased significantly.

New Satnav devices: Worth it

Importantly, TomTom and Garmin both drastically reduced the prices of their devices. When the TomTom Go was introduced, it set you back almost 450 Pounds. Today, that money buys you the best sat nav out there. And you’ll still have some change left.

To put things more bluntly: Satnavs are no longer the luxury items they use to be. You can get excellent quality for around 100 Pounds. Add a few quid to that and you’ll also receive up to date traffic information, hints at traffic controls, alternative route calculations and a lot more. The displays of stand-alone satnav devices are better equipped for driving in bright sunlight. Their speakers are loud enough to cut through the traffic noise and they have dedicated memory space for saving all maps offline. These advantages explain why many drivers still stick with a dedicated satnav app even though there are now plenty of free satnav app to chose from.

If you do want to use a satnav app, you should definitely consider downloading relevant maps for your next journey to your smart phone. This presents a great improvement if you should enter into a wifi hole or if you’re in danger of exceeding your data limit. 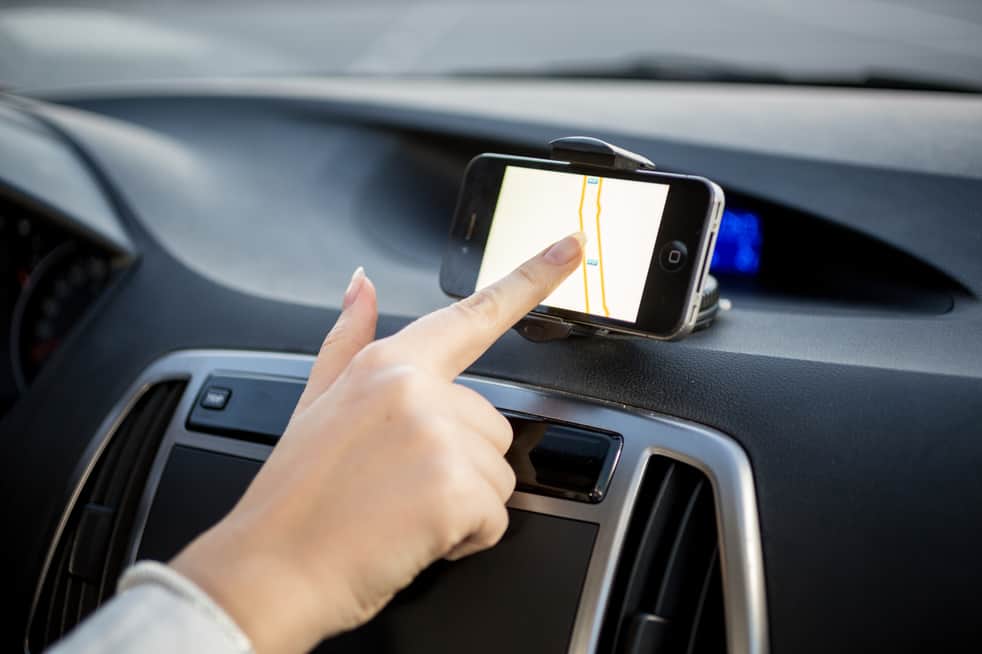 The decision for the right satnav is never an easy one, especially since so many models today meet the most basic criteria and the general quality standard is pretty high. Nonetheless, there are definitely a few basic points you should take into consideration:

For more information on how to chose the best satnav for you, newspaper The Guardian have created a useful list.

All the way back in 2015, we already created a first top 3 of the best sat nav systems around. We have decided to keep them in the updated version of this article. Nothing’s nicer than a trip down memory lane, after all, to show you the incredible speed of transformation the industry has gone through:

Not the cheapest satnav on the market, but if you can manage to get it at a discount, the TomTom Go 50 is an excellent choice. It offers many of the most important satnav facilities and includes voice recognition as an additional extra. TomTom offers high-quality maps, so you can rest assured that you’ll have the best material to work with.

Swiss satnav manufacturer Garmin is known for its high-quality products and steep prices. Its GPS technologies are considered to be among the very best and have allowed the brand to expand into watchmaking and off-the-road sports. The Nuvi 2599 is a great alternative if you can spend just a little more on your satnav. Despite its still reasonable price tag, it offers top of the range features. As Pcadvisor puts it: “We doubt that many people will need more from a navigation device.”

TomTom and Garmin have pretty much established themselves as the two leading brands of the satnav market. Still, there are a few hungry young dogs challenging their duopoly. Snooper’s latest satnav has a few interesting features, claiming its satellite technology can spot safety cameras. The verdict by online magazine Auto Express wasn’t 100% positive, but if you’re looking for an alternative to all of these boring, middle of the road satnavs, this one might just be for you.

The Garmin DriveSmart 61LMT-D does not make for the best sat nav on the UK market, not for the cheapest sat nav deal either. Within its price range, however, its functionality and quality is second to none. Liefetime free map updates of UK, Ireland and european maps are part of the package. The Garmin also includes live traffic updates and its directions are easy to follow and precise. As specialised website Satnavdebate puts it:

“It’s a fantastic satnav that comes with everything you need to drive from point A to point B quickly and easily without getting stuck in traffic. (…) We specifically like the 6.95-Inch screen whilst having the same total dimensions of a standard 6-Inch device thanks to the edge-to-edge design. One point that is new this year is the TripAdvisor feature allowing you to view places of interest along your route whilst reading reviews from TripAdvisor from people who have been before. Overall a cracking device that is well worth the price.”

It would appear as though Garmin has built up a small lead over its biggest rival over the past years. TomTom’s strategy has been to sharpen its profile. On the one hand, the high-end GO 6200 is still, as some put it, ‘crazy-priced’, but offers an unparallelled functionality. Its Start series, meanwhile, is the ideal sav nat for budget-oriented drivers.

The Via 52 sits somewhere between these poles. It’s an incredible device which relies on its bluetooth connection to your smartphone: “Through this connection, you get live traffic updates, can take advantage of hands-free calls and your text messages can also be read out by the device,” write Tech Radar, who recommend the Via despite its chunky design and low battery life.

This one’s a bit of an insider recommendation. The first iterations of the TomTom One XL 2 hark back to 2012. By now, TomTom has  discontinued this model. But you can still find it used in an excellent condition and at rock bottom prices, making it one of the cheapest sat nav deals around.

According to Satnavdebate, it’s “a great example of a slightly older top of the range model that has been replaced by a newer model but still has fantastic features that are actually useful to help us with our directions and a great value for money price tag.”