The 5 ONLY ways to determine if your mileage is genuine 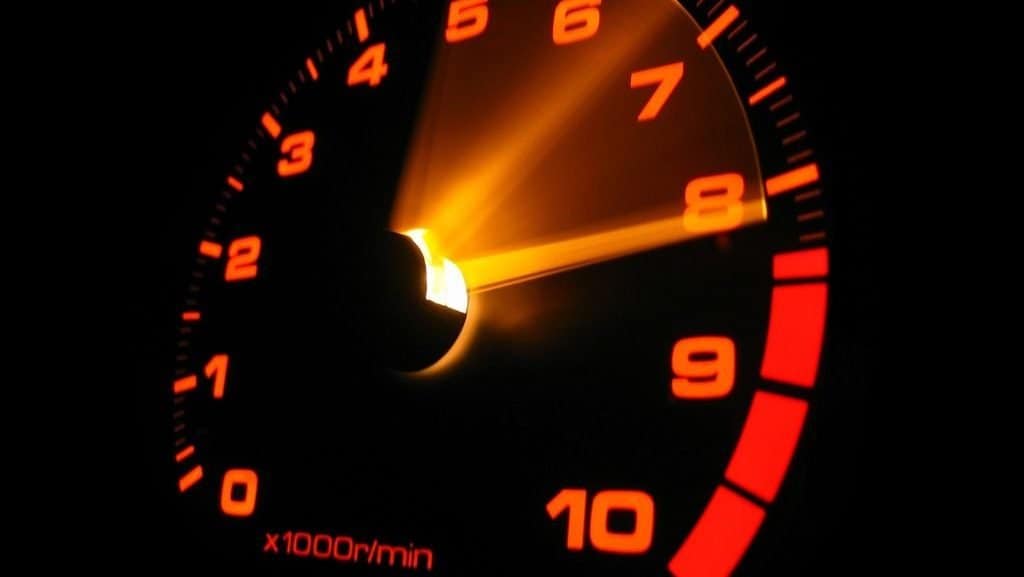 Mileage fraud is real. Very real, in fact. It may be hard to say with absolute certainty how many odometers are currently clocked in the UK. One thing’s for sure, though: their number is rising steadily.

Are you looking for a car and worried you may become a victim? Or do you suspect the mileage of your current car is faulty?

In this article we’ll take an in-depth look at five proven methods of checking if your mileage is genuine. There may be more. But only these five actually work and will help you make costly mistakes.

Before we go there, you need to realise one important thing first, though:

A little inaccuracy is normal!

Are you worried your odometer is showing less miles than it should? Here’s a surprising fact:

Almost no odometer is 100% accurate.

It’s hard to believe. You’d expect digital technology to be advanced enough to measure the distance between point a and point be pretty accurately. Reality is looking a lot less convincing, as mobile solutions provider Motus reports:

“There is no federal law that regulates odometer accuracy. The Society of Automotive Engineers set guidelines that allow for a margin of error of plus or minus four percent. But that’s it.”

In practise, an error margin of plus or minutes four is quite a lot.

If you were to have two odometers, one measuring four percent less and the other four percent more than the actual distance, the former would display 96 miles for a 100 mile distance, the latter 104. That’s eight miles over the course of a rather modest trip.

All of this makes it hard to make any informed decisions.

Having said that, most criminal mileage discrepancies are far bigger than 5,000-10,000 miles. There have been reports of cars having been clocked by 100,000 miles!

With that in mind, you’re always better off by making an effort to uncover tampering.

Here are the 5 ways to do that: 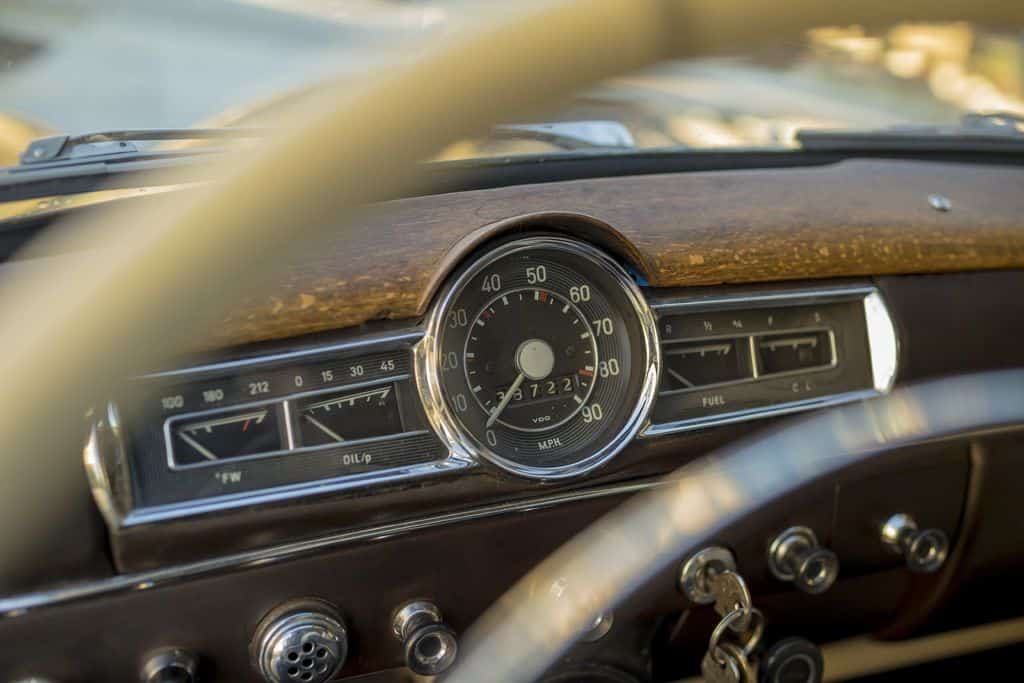 In the old days, it wasn’t particularly hard to spot a mileage discrepancy: Clocked odometers looked the part.

They had scratches and indentations were there weren’t supposed to be any. Numbers could be crooked or damaged. Sometimes, they would not slot in perfectly. In short: Even as an amateur, you could tell something was amiss.

It took as much artistic ingenuity as it took criminal energy to clock an odometer without anyone noticing.

Digital odometers seemed like a safer choice initially. After all, you couldn’t just ‘rewind them’ with a screwdriver.

Ironically, as it turned out, they made things worse. New odometers are far easier to manipulate (if you’re interested in the ‘how’, we’ll get into that later on in this article). Importantly, manipulating them won’t leave a trace.

So how could you ever tell something’s not okay?

Some displays will tell you!

To understand how tampering works these days, you need to understand one important thing about digital odometers.

Digital board computers these days have a centralised modular design. Which is a fancy way of saying that each element is capable of working on its own, but feeds back information into the central processing unit.

So, if you were to change the oil filter at some point, that information is saved at a location within the central processor, including the date of the change and the mileage. All in all, this creates a timeline of changes from different modules within the car.

If someone were now to push back the mileage by a significant degree, these entries are suddenly pointing to events in the future. This creates a paradox, which translates to an error. Under ideal circumstances, your display should accordingly display an error message.

Some brands, for example, will show an asterisk next to the mileage, indicating an inconsistency. If you see such an asterisk, this doesn’t necessarily have to mean there’s been a rollback. It does mean, however, that you should be extra careful.

Other brands make use of similar, albeit different symbols to inform you about potential trouble. Experienced clockers can avoid these error messages. But it is a lot harder and time-consuming, which is why less perfectionist clockers just avoid this step and hope you won’t notice.

Your board computer isn’t the only place where mileage information is saved.

Every time you take your car to the annual MOT check, the mechanic will note down the exact mileage as part of their routine. Unless they do this, the MOT check is not valid.

So the easiest thing for you to do is to verify if your current odometer reading roughly matches up with the MOT information. h

You can see all previous repairs on the government’s easy to use and free MOT website.

If you want to be just a little bit safer, then you could consider a mileage check from a company like Experian. These make use of information “from a vast database of mileage resources, contacting previous keepers where appropriate and investigating any discrepancies when necessary”.

That sounds a bit vague, if you ask us. But so far, the record for Experian’s vehicle check has been excellent. So it may be worth the few extra Pounds to do it nonetheless. (Especially in the later stages of the buying process, it makes sense to order such a test anyway.) 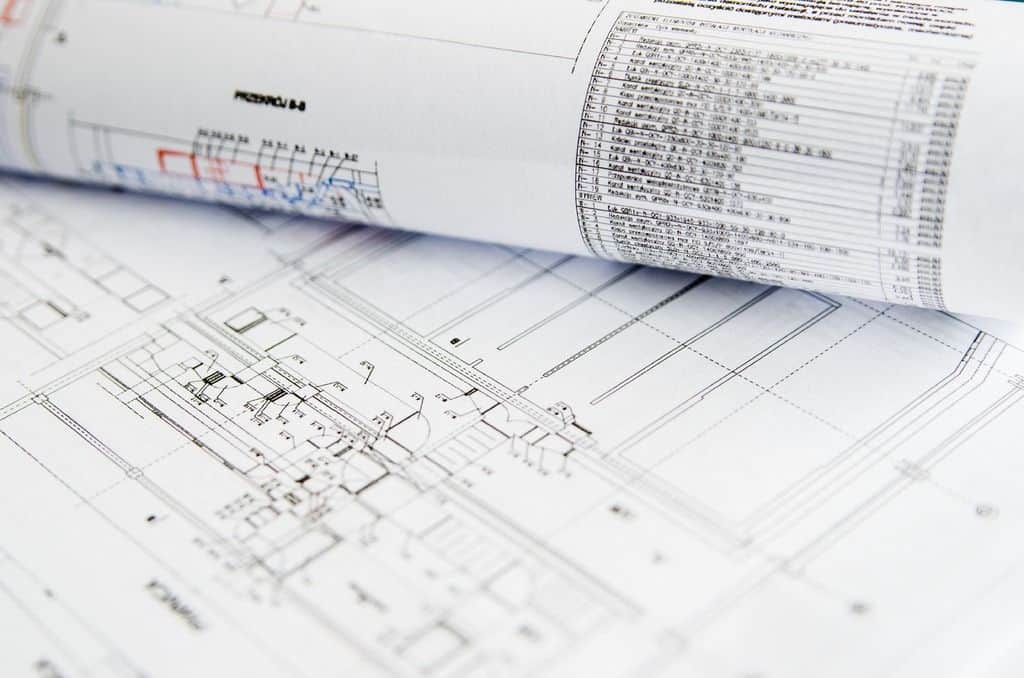 We generally think digital when it comes to documentation these days. And yet, most documents need to come in paper format as well.

So when you’re taking a look at the car, make use of the opportunity to request the paper forms as well.

Something like an oil change or an inspection will often still be documented on paper, with a pen and a stamp. These offer valuable insights not just into the mileage of the car, but also about how well it has been maintained.

Paper documentation has the same benefit as an analog odometer: It’s pretty hard to manipulate without leaving visible marks.

And if the seller should claim that the documentation got lost – well, that’s a reason not to buy the car right there.

As we mentioned earlier, cars in the UK tend to amass, on average, 12,000 miles a year. Obviously, numbers vary wildly. But as a general idea, this will give you an excellent first hint at whether to dig a little deeper.

Let’s say you’re looking at a 5-year old car. The odometer stands at 30,000 miles. That’s 40% below average. Even if we discount the potential discrepancy of any odometer, it is still at least a third lower than what you’d expect.

Of course, the current owner could simply have used the car less than the average UK driver. She may just have needed it to get the groceries or to pick up her kids from school.

In itself, therefore, the number need not give rise to suspicion But if the car also looks older than it should, it’s about time you asked a few critical questions.

You see an ad of your dream car online. Supposedly it is in excellent shape, 10 years old and has 70,000 miles. The price is slightly lower than usual, which makes it affordable for you. You decide to take a look.

All in all, the car looks okay. There don’t seem to be any major issues, but then again you’re not a mechanic.

How can you determine if the car has been clocked?

An easy approach: Look at the breakpads inside the passenger cabin! These are typically a good indication of how much the car has been driven. If they look pretty worn in a car which was driven a lot less on average than other vehicles, this should at least raise an eyebrow.

Of course, you could argue that scammers could also replace break pads as part of their scam. But here’s the rub: Breakpads are almost never ever replaced. Most owners will keep them forever as long as they work (which they tend to do until the car breaks down). So if you see factory new breakpads on a five year old car, that, in itself, is a reason to worry.

If you take these five points into consideration, you should remain on the safe side when buying a used car.

Why is mileage tampering on the rise? 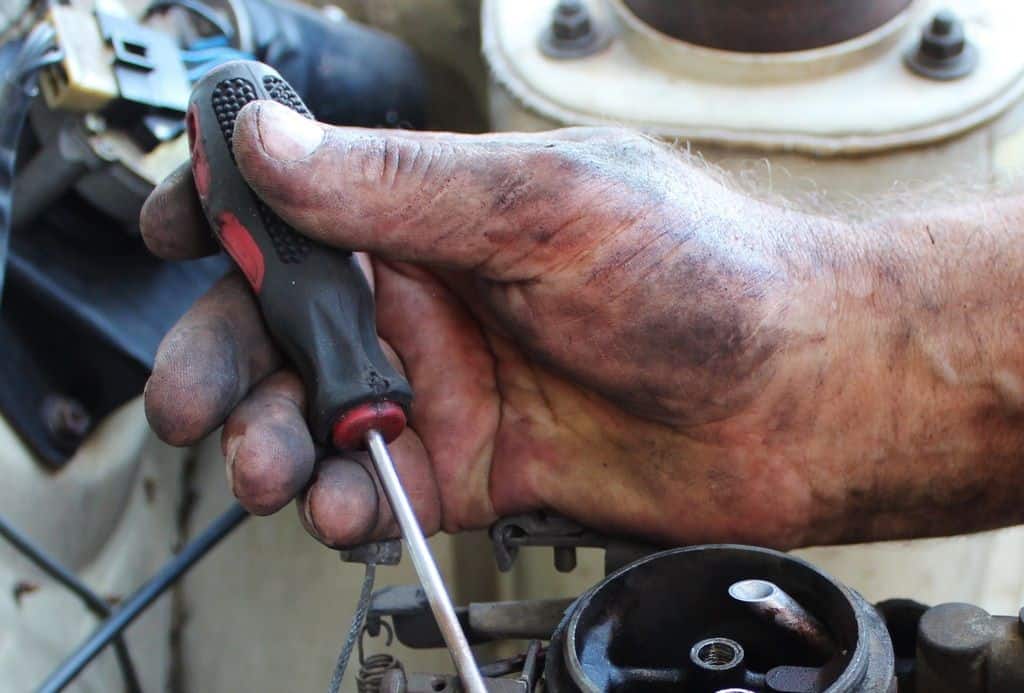 It is hard to say, exactly, why mileage tampering is growing the way it is.

Most will agree that there are three main reasons:

How does clocking work?

All you need is a device allowing you to convert kilometres into miles on your board computer (or vice versa). The idea behind these devices is to allow you to reset your odometer when you come to the UK from a different country with another distance-measuring system. (any country from mainland Europe, for example)

Using this device, you can, however, also plug into the car’s central processing unit and make adjustments to the reading.

Any change is possible in theory. As experts have demonstrated you could even set the counter back to zero – although this would probably be taking things a little too far.

Strangely enough, no. At least not entirely.

Consumer advocates have lobbied for a ban on these devices for years. So far, to no avail.

The main line of defence has been that clocking isn’t illegal: Only if you clock a car to your advantage and then try to sell it, you’re committing a punishable offence.

However, the mere fact that these devices are widely available and that the potential gain from using them is immense means that the practise will continue until more drastic measures are taken.

What are the risks of odometer tampering?

Obviously, mileage fraud can lead you to overpay for a car. Together with the age of the car and its condition, mileage is the most important and influential factor in determining the vehicle’s value.

So the lower the mileage, the higher the asking price.

But there’s more. If someone tampered with your odometer reading, this can lead to problems with the other modules. Any inconsistency can lead these to malfunction or not to display the correct error messages.

Also, you may take your car for an inspection at a later date than would be appropriate.

All of this makes odometer fraud a serious danger for your safety.

Buying at a dealer: Is it completely safe?

We showed you five ways to reduce the risk of getting hit over the head with a tampered mileage.

There is, however, an even better way to steer clear of it: Avoiding the private car market and buying with a dealer.

Dealers could never afford the damage to their image if they were to manipulate the odometer. In fact, they will usually do everything in their power to make sure the reading is correct.

So, if you want to make absolutely sure, the best approach is to opt for a dealer. You may have to pay a little more. But when push comes to shove, that should be worth it.