Telematics Car Insurance: What does it mean for you?

Concept Car Credit > Our Blog > Car Blog > Telematics Car Insurance: What does it mean for you? 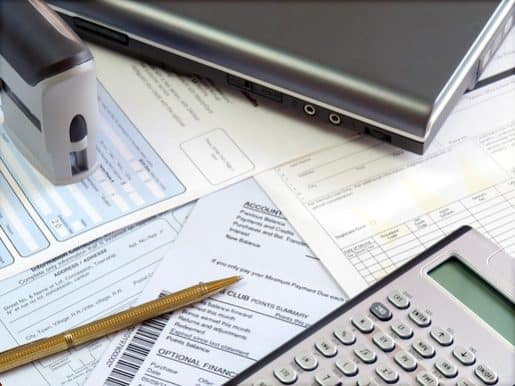 Installing a black box in your car to monitor your every move on the road hardly sounds like an appealing proposition. And yet, that’s exactly what driver all across the UK are doing. What is it about telematics systems that makes them so attractive, especially to young vehicle owners?

An article by car magazine Auto Express has the answer: Black boxes offer a novel way of bringing down your insurance costs by an unprecedented amount. They can also change your driving behaviour for the better. No wonder more and more insurers and drivers are converting to this new technology.

Telematics car insurance: On the rise

To understand just how popular the phenomenon has become, here are a few impressive numbers:

There is no denying, then, that the black box has gone from being a mandatory item for trucks to a mainstream device. So what, exactly, makes it so special?

A telematics car insurance is a great alternative to traditional car insurance policies. But it is not the only one. Usage-based car insurance has also gained in popularity and made the market more diverse.

How do these different models work?

Traditional car insurance intends to reward good drivers. In practise this translates to a simple formula: The longer you can stay accident free, the lower your premium will be. Statistical analysis is used to calculate the average risk for a person of your age group and with your driving experience.

Usage-based insurance presents an entirely different concept. In its simplest form, it is based on the distance covered by your car. The argument being that the more you drive, the bigger your risk.

More advanced forms have used data from GPS systems to track not just how much you’re driving, but to also assess the kind of journeys you’re making and your general driving habits.

Telematics sit somewhere in between traditional models and usage-based car insurance. It rewards safe driving with extreme accuracy, for example by measuring your adherence to the speed limit. But, just like usage-based insurance, it is also interested in how much you drive.

From this perspective, telematics car insurance is simply the most advanced insurance technology currently available.

What does a black box actually measure?

The black box installed in your vehicle measures a wealth of driving related information. The UK’s biggest telematics insurer, insurethebox  has provided an overview of what this data tells them.

Taken together, these points provide an excellent overview of your driving habits.

Why it’s so appealing

According to Auto Express, what makes black boxes so frightening in a Big-Brother-kind-of-way also makes them extremely effective as a monitoring device for insurance policies. Imagine you could determine the cause of an accident with absolute certainty and without having to initiate expensive investigations, for example.

This efficiency allows insurance companies to reduce the cost of a telematics insurance by as much as a quarter compared to regular policies. Which makes it particularly interesting for younger drivers with limited financial means or anyone on a shoestring budget.

In fact, prior to telematics, insurance premiums for young drivers were sometimes prohibitively high. Many 17 year olds could literally not afford the costs of an insurance policy. Thanks to telematics technology, that has changed.

The reason why premiums for first time drivers are so high is that insurers simply know nothing about them. Thanks to the real-time data collected by a telematics box, they now have a whole lot more to go on. Already after a few months, premiums can be brought down to reward good drivers.

One of the most intriguing aspects about the telematics data collected by the black boxes is that they reveal some surprising truths. One of them is that 17 year olds are actually safer drivers than 18-25 year olds. Knowing this could well lead to an adjustment in insurance premiums in the future.

How much can you save?

On average, as the Guardian has pointed out, a telematics box can save young drivers 37% compared to regular insurance premiums. That’s impressive, but wait till you see the actual numbers.

According to Michael Lawrence, personal lines broker director at insurer LV, “a 19-year-old could pay £4,800 without a telematics box, but with telematics that could fall to £1,600.”

Who benefits the most from a telematics device?

According to MoneySupermarket, the new technology is ideally suited for high risk groups, whose policy would usually be a lot higher than average. Other than young drivers, this includes:

Telematics technology should also, in theory, benefit women. Time and time again, they have been shown to be safer drivers, both on the highway and in city driving. New EU rules have, however, made it impossible for insurance companies to discriminate against men by making their policies more expensive. Telematics data should now set that record straight- After all, telematics policies only relate to whether or not you are a safe driver, not to your gender.

How does it work?

A telematics box is installed by a professional mechanic. This not only insures the data is correct, but should also make it impossible to tamper with. The device usually uses the obd-ii port, the on-board diagnostics port.

Although the obd-ii port is no longer cutting edge, it has become a defacto standard and has the benefit of a proven track record and great reliability.

Once the device has been installed, it collects all the relevant data and sends it to the insurance company. One of the benefits of real-time data is that the provider can react instantaneously. One of the most successful approaches has been to send out text messages as soon as a driver starts ignoring speed limits or driving recklessly. According to industry insiders, this will reduce their speed by 15%.

Possibly the best thing about telematics car insurance is that it has some significant positive side-effects. According to Auto Express, black boxes ‘monitor things like speed, acceleration, braking and the time of the journey whilst driving’. They therefore allow for premiums for particularly careful traffic behaviour and encourage safe driving.

This isn’t just wishful thinking, either but actually works out in practise: Black boxes typically lead to a 40% decrease in crash risk. Which means that telematics car insurance may not just be good for your wallet – it may benefit your health and the wellbeing of your family as well.

There have even been cases, where the real-time data of a telematics device registered potentially lethal accidents. In one particularly remarkable example, “a young man who had been playing computer games at a friend’s house fell asleep at the wheel. The car overturned and ended up in a ditch next to the road. Using the telematics data, the police were sent to the scene — they said the car was invisible from the road, so they would have missed it if it wasn’t for the black box.”

As you’ve seen, telematics car insurance can be a great way to save costs. It can, however, also have its disadvantages.

For more mature drivers, a telematics insurance policy can actually be more expensive than a ‘regular’ one. How this is possible isn’t quite clear. MoneySupermarket hints that it could be because of no claims discount.

A telematics insurance policy can also include a clause which all but prohibits you to drive at dangerous times of day. If you do use your car in the early morning or at night, you’ll do this at the risk a higher premium – even if your track record shows you to be a safe driver.

Generally speaking, however, telematics are a major step forward for the industry. Especially if you’re in a high risk insurance group, you should make sure to include it in your considerations.

As we mentioned, most current telematics systems plug into your car’s on-board diagnostics port. This is fine in principle. But it goes without saying, that mobile telematics systems using your smartphone are cheaper and more flexible. You can expect them to gradually replace existing devices.

The only thing currently preventing more drivers from using a mobile app is data safety. After all, once someone manages to hack into your phone, they instantly have access to a lot of sensitive data.

Insurance companies should be able to overcome these difficulties in time. Keep an eye out for a suitable telematics mobile app. It might arrive earlier than you think.