Standing Charges for your Car: The Ultimate Guide 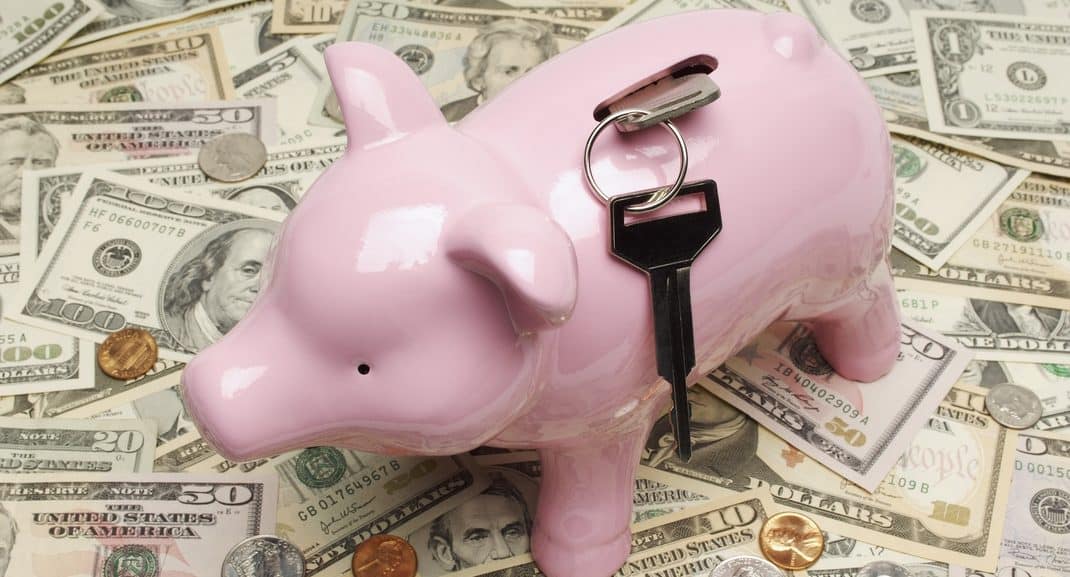 Driving a car can be a rich experience. Unfortunately, maintaining it is anything but cheap. Petrol, tyres, repairs, parking and tolls all need to be paid for. This explains why the Internet is paved with guides explaining how to keep the running costs of your car down. They’re useful, too: If you’re prepared to make some incisive changes, you can indeed make a serious dent in these expenses.

On the other hand, running costs are not the only financial burden. Even if you were never to drive your vehicle again, you’d still have to foot quite a few bills. Depending on your mileage, these so-called standing charges can even be higher than your running costs. It is all the more surprising, then, that they’re routinely ignored when it comes to the true costs of ownership.

In this guide, we’ll show you which standing charges you can expect and how much they will cost you. Even though there is no way to avoid them, it certainly helps to be prepared.

Recapping what we said in the first paragraphs: Standing charges are fixed costs which you need to pay just to earn the right to drive your car. So you will need to pay these whether you use the car or not.

Running costs, on the other hand, depend on your actual use of the vehicle. They are flexible and can be influenced by changing your driving behaviour, looking for cheaper petrol stations or making some improvements to your car. They are also sometimes referred to as the ‘day-to-day-costs’.

If you’re a frequent, long-distance driver, running costs will typically be your main concern. You can improve your financial burden by switching to a diesel engine, driving at optimal speed or avoiding the stop and go of inner city traffic.

If you’re only using your car for your weekly grocery shopping, running costs may be your main financial focal point.

This means that when selecting the car that’s best for you, you should make standing charges an important part of your decision making process.

What about a Car Club?

Car clubs are one of the most alluring options to keep standing charges to a minimum. In fact, by joining one, you can steer clear of them all together. Depending on the type of car you need and your past driving record, this can save you up to £2,000 per year.

Car clubs are easy to use, too. Once you’ve signed the contract, you can select from a pool of vehicles. These range from smaller city cars via estates to SUVs and Mini-Vans. If you need a car, you simply log on to your provider’s website and reserve one. Your charges are then calculated on the basis of mileage, fuel costs and how long you’ll be using the car.

Car clubs have gained a lot in popularity over the past few years years. Thanks to the aforementioned cost savings, it’s easy to see, why. On the other hand, they’re clearly not as flexible as owning or leasing a car yourself. Especially in case of a sudden emergency or if you just need the vehicle for a short trip, they may be a disappointment.

Although car clubs should be a consideration, they are hardly a panacea to all of your car problems. So let’s instead take a look at the concrete costs you’ll have to face as a car owner.

When it comes to the standing charges, depreciation is by far the highest expense. In fact, it is so high that it can sometimes all but dwarf all the remaining costs. As the AA explains:

“While the percentage drop may be similar the actual cost of deprecation clearly varies hugely between a small cheap car and an expensive luxury car. Buy a car for £10,000 and it might cost you £2000/year in deprecation and be worth around £4000 after three years but spend £50,000 and the bill for depreciation will be more like £10,000 per year.”

Depreciation has actually increased over the past few years on most major car markets. The main reason is that the used car market is currently a buyer’s market. Meaning that there is far higher supply than there is a demand to meet it. Subsequently, prices have been depressed for many years, driving depreciation up.

The problem with leasing

You could argue that there may be a natural balancing process going on here. After all, depreciation is highest for new cars, which may lose up to 40% of their value in the first year or the first two years alone. In theory, this should reduce the incentive for buying a new car and the used car market should gradually dry up. This, in turn, would lead to a decrease in depreciation.

At the moment, however, this is not how things appear to be developing. Instead of opting for a new car, most potential buyers are instead looking into leasing a car. Some are even trying used car leasing. Once the lease is over, these are then released onto the used car market and auctioned off. This has actually made depreciation worse.

If you want to keep your standing charges down, our advice is to look into buying a used car that’s two to three years old. By this time, the worst effects of depreciation will already have kicked in. And if you drive the car for an extended time, you won’t lose all that much when re-selling it at some point in the future.

Insurance takes second spot in the list of the most expensive standing charges. Right now, according to the Association of British Insurers, the average yearly insurance costs amount to £485. That may not look like an excessive expense. But if you add up those yearly numbers for five to ten years, the costs can quickly add up.

Also, in a worrying development, the costs of car insurance in the UK have reached record heights over the past years. In the last 12 months alone, it rose by a staggering 11%. This amounts to four times the inflation rate. The current insurance market has even been described as ‘dysfunctional’ by some experts, since the brunt of these costs are shouldered by current insurance holders, as insurers are luring in new customers with attractive offers.

Shopping around is therefore one way to keep these standing charges to a minimum, as is switching providers whenever the opportunity presents itself.

As with depreciation, which depends heavily on the kind and brand of car you’re buying, you can do a lot to influence insurance costs. For example, how much you’ll pay is closely related to your risk aversion.

Allow us to explain.

First of all, it is impossible to reduce car insurance costs to zero. Third party insurance cover is mandatory, so there is no way around it. This kind of insurance will cover the costs of an accident caused by you. Its main aim is to prevent situations where one of the parties is found to be at fault but can not meet their financial obligations. It does not cover anything else, however. So if you only take out a third party insurance, any other repairs or accidents will have to be covered by yourself. 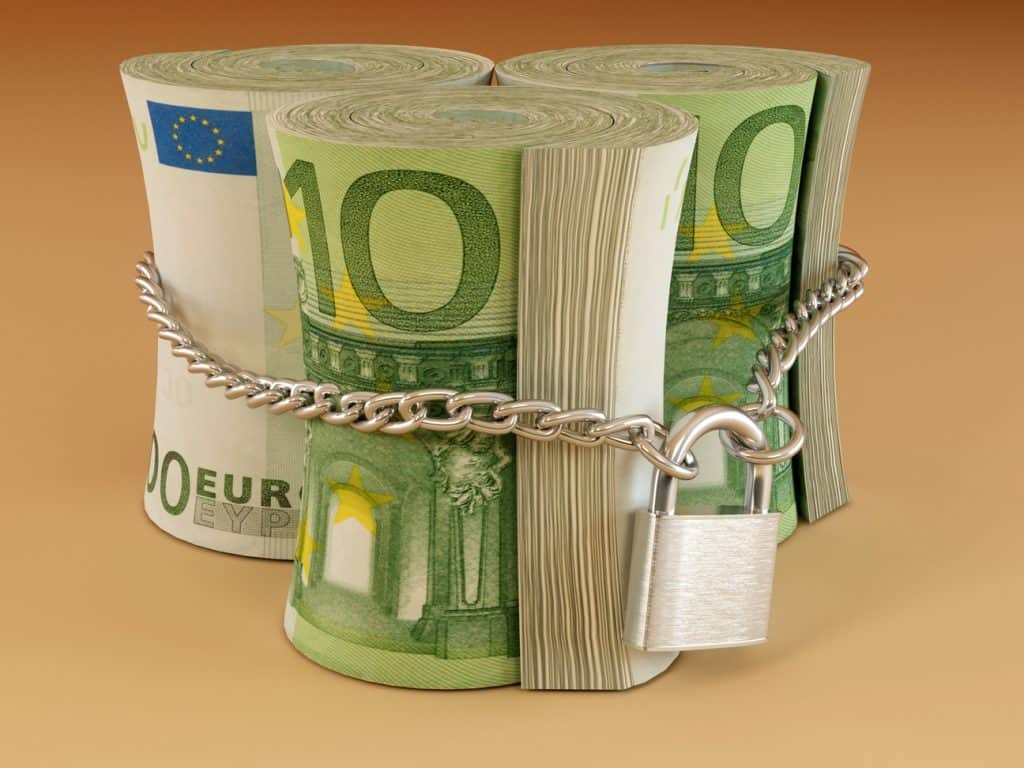 Which is why quite a few drivers decide to also take out a fire and theft insurance. The name says it all here: These insurances also cover you in case of fire damages or if your vehicle should get stolen. These types of accidents don’t occur quite that often. Still, taking out one of these insurances can offer great peace of mind.

Finally, there’s the option of fully comprehensive coverage, which protects you against just about anything. So, depending on just how much coverage you need to feel safe, your insurance costs will either be higher or lower.

What’s more, the type of car you drive has a direct impact on your insurance costs. Smaller, cheaper cars cost less to insure than bigger, newer and more expensive ones. So by going for a slightly more modest offer, you can save yourself quite a bit in the standing charges department.

When it comes to standing charges, one point is routinely forgotten. Interest payments on your loan need to be taken into consideration, since they, too, will have to be paid regardless of whether you decide to drive your car or not.

What’s more, interest payments are a pretty big cost factor and can set you back up to several thousand Pounds each year, obviously depending on the car you bought and the conditions of your loan.

Trying to find a loan that meets your financial capacities is one of the most important aspects of buying a car. Which is why, at Concept Car Credit, we have developed an easy system of tailoring your monthly spending to your needs. Do use our online application form to find out more.

Car tax has never been a particularly pleasant topic. With the advent of new car tax rules, it has now become pretty complicated, too. The general idea behind the change in legislation is to reward drivers of environmentally friendly vehicles at the expense of those sitting on wasteful older cars. Right now, the standard rate for cars stands at £140 for petrol and diesel cars. Hybrids and alternative fuel cars cost £130. And there’s and an additional £310 surcharge for any car over £40,000.

Unfortunately, that is not how things actually pan out in practise. One of the reasons why the current car tax system feels unfair is that it only applies to newly registered vehicles. So the old regime is still in place for the majority of motorists in the UK. This means that many ecologically unfriendly models are not taxed properly, while more technologically advanced alternatives are excessively expensive. 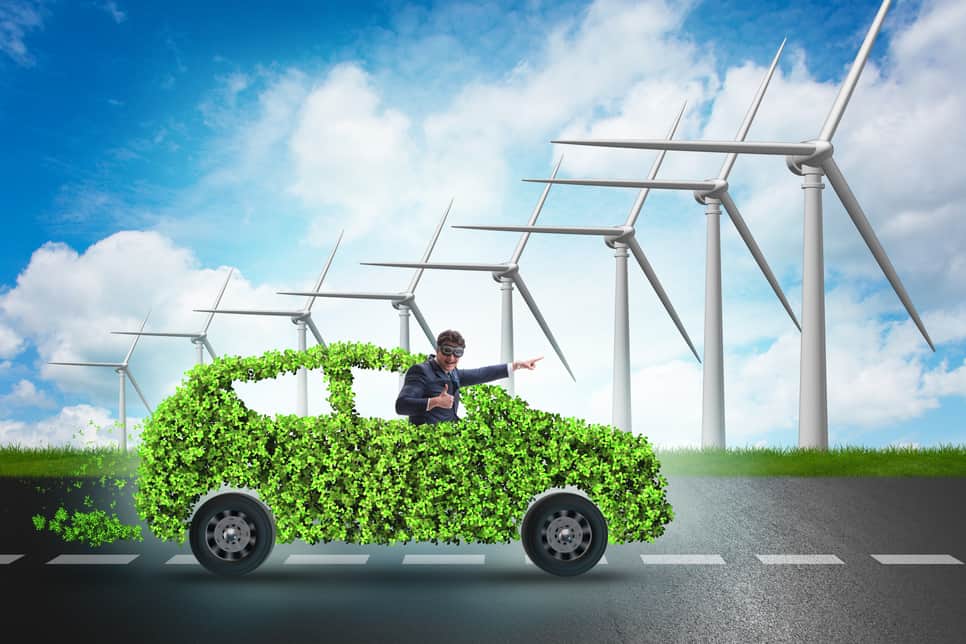 As Auto Express has found out, most car owners will have to pay more under the new legislation. In some cases up to nine times more than under the old one! Consumer rights organisation Which? highlights a particularly dire example: https://www.which.co.uk/reviews/new-and-used-cars/article/car-tax-explained

The new rules will mean you will pay £2,425 less on environmentally unfriendly cars like the Subaru, yet pay £1,185 more on green cars like the Toyota Prius over a 10-year period

Be it as it may: There is not a lot you can do to significantly reduce car tax other than opting for a zero emission car. So you’ll have to factor it into your buying decision.

The final cost aspect in our top 5 of standing charges is the yearly MOT inspection. Admittedly, this is a minor expense. Currently, the maximum fee for a car MOT will set you back £54.85. Still, especially if you add parking fees and tolls to the equation, everything does count in the end.

As you can see, the costs just for owning a car can amount to quite a significant amount each year. This means that you need to make them a core element of your buying strategy. Factoring in the the running costs is never enough. You need to take standing charges into consideration as well.

If you need any assistance, we’re happy to help. Do drop by our Manchester showroom for further information and to look at the many exciting cars we have on offer for you.