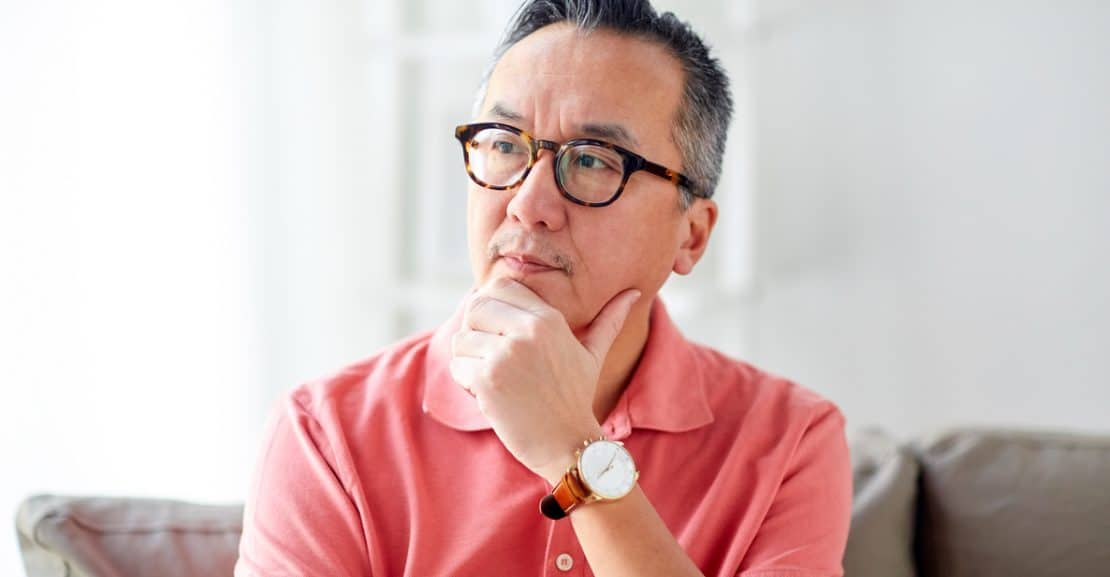 When to buy a car is as important as which car to buy and where to buy it. It’s rather surprising that this comes as news to some. Even items like CDs, books or food can fluctuate in price within hours online. So it seems more than natural that there should be fluctuations in car prices as well.

We’ve talked about seasonal changes in previous articles. But there are obviously annual cycles as well. Prices tend to drop and fall in sync with a variety of external factors. So, with this in mind, is 2020 a good year to start  looking for a new car?

We’ve compiled some of the evidence against and in favour of a purchase. As always, there are contradictory developments, which make it hard to give a definite recommendation. But at least, you should be able to take a far more informed decision.

The car market is fast-moving and progress-oriented. And yet, even within this dynamic environment, 2020 is gearing up to be a particularly busy year.

As you’d expect, many manufacturers have announced exciting new models. We don’t expect that any of these will totally disrupt the market. But quite a few of them are rumoured to set new standards or considerably improve upon previous generations.

It also looks as though 2020, at least in the UK, will be the year that ecars break through on a large scale. Although EV sales have grown every single year for quite some time, they still make up a mere 1.5% of the UK car market in total. So there’s still plenty of room for improvement.

Then, there will be a variety of legal changes. Some of them will have positive, stimulating effects on sales. Others may serve to deter them. So it will pay off to stay informed and analyse precisely what the effects for your personal situation will be.

Finally, price development overall remains unclear. If you absolutely must buy a car over the next months, it’s best to do as much research as you possibly can and wait for the opportune moment.

Let’s now take a look at all of these points in more detail.

Market development: Going up or down?

Predicting where markets will go is notoriously difficult. Even most experts get it wrong. Sometimes, monkeys get it right. And even if you are correct about the overall picture, you can still end up making the wrong decision in the end.

So you have to take every news item on the subject with a grain of salt. Still, it looks as though there is fairly little disagreement about the general direction  of the car market at the moment.

Car Automotive, for one, predicted a fairly modest 1.3% decline in new car sales and an almost 3% drop in used car sales for the first quarter of 2020. This assessment sounds like a safe bet. Car sales have been falling for three years in a row now and without any revolutionary products or technologies and no radical price cuts, there is every reason to assume this trend will continue.

Motoring Research, on the other hand, proposes that “2020 could be the year the UK car market gets back on track, according to new research.” The reality of Brexit and a no longer suspended parliament should, according to the site, contribute to a more positive development. 15% of respondents supposedly announced they would finally buy a car again this year.

Whether or not they’ll follow through on that remains to be seen, of course. And there is no definitive number attached to that research either. So the market seems to be stabilising for sure. Just what that means, exactly, remains to be seen, however.

Either way, these questions don’t really affect your decision to buy or not to buy. Let’s therefore now turn towards the factors which could sway you.

Over the past few years, we’ve been blessed with many incredible new car models. It looks as though 2020 will not be an exception.

Here are the cars that most experts expect to shake up the industry:

Are a new Octavia or i10 still too much for your budget? Then keep an eye out for used versions of the phased-out current generation, which is sure to become more affordable upon the release of the new models.

The mass breakthrough of electric cars 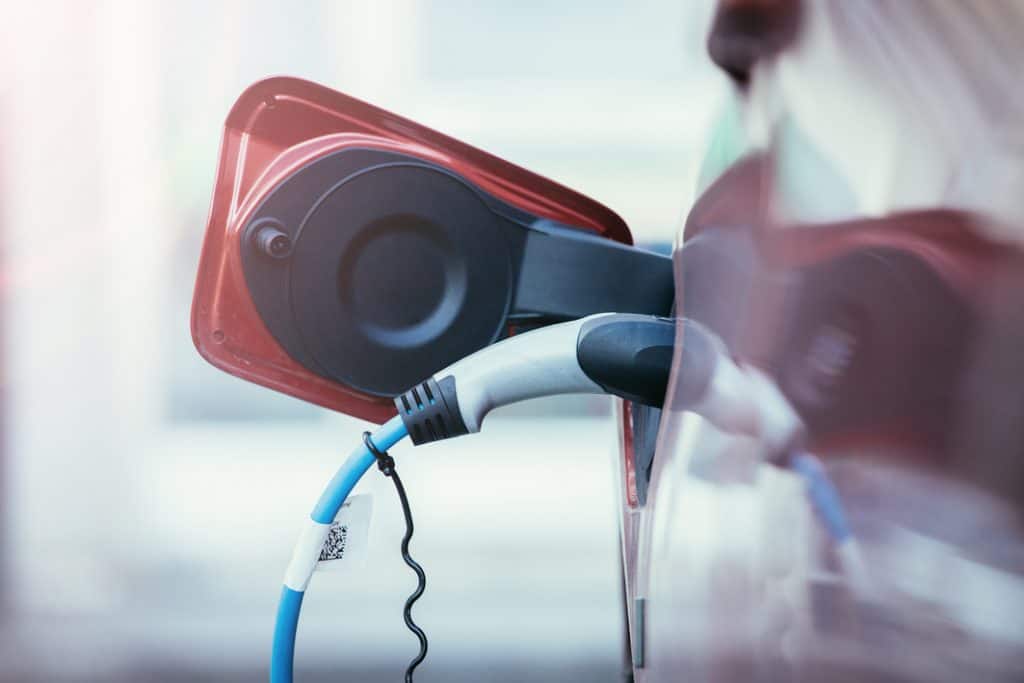 Many have predicted it for a long time. But 2020 could truly be the year that EVs rise to the top. Again, a legislative change will make a huge difference.

As the car tax system is tweaked once more, the costs of buying electric drop again. Reports Express: “Premium electric vehicles could be up to £1,000 per month cheaper than a traditional vehicle under the new proposal.”

The effect will, according to some experts, be felt most strongly in the fleet car policy of many big enterprises.

Up until now, petrol cars and diesels were still by far the cheapest option for companies. Thanks to the new adjustments in legislation, this cost gap will now close. The incentive for introducing EVs into company fleets will thus rise.

The effect will be enormous, if you consider the size of many car fleets. What’s more, the decision has a rippling effect. Fleet cars are, after all, typically sold on to private consumers after three years at much discounted prices. This means that electric cars could soon flood the second hand market as well.

What’s more, you can expect EVs and zero emission cars in general to become a whole lot cheaper this year. And again, legislative changes are behind the development.

The European Union has introduced new rules forcing manufacturers to achieve considerably lower emission levels. According to this directive, which became law January 1st, all car manufacturers with sales volumes over 300,000 cars per year need to meet an average CO2 figure of 95g/km. That’s an ambitious goal and most petrol and diesel models currently on the market will fail to reach that mark. Accordingly, there will be a 100 Pound fine for each vehicle sold.

For the bigger brands, there is only one thing they can realistically do: Sell zero emission cars as if their lives depended on it to offset the fines amassed with their petrols and diesels. Since every ultra-low emission car is counted twice by the EU towards offsetting more polluting models, this strategy could prove to be beneficial for both the brands and customers.

If you’re looking to buy an EV, this sounds like great news.

However, there are also a few negative trends.

Firstly, car insurance prices will almost certainly rise considerably in 2020. In fact, they will experience their sharpest rise in two years. Insurance costs won’t be the only thing putting pressure on household budgets, as Graham Wright, spokesperson for Willis Towers Watson emphasised:

And there’s more. Once again, the British car tax system has been overhauled. One of the most important changes is that a new test will determine emission levels. This test will deliver far more realistic, accurate and truthful results than the current one.

Critics should welcome these changes. For years, they have argued that manufacturers advertise their cars with completely unrealistic emission- and fuel consumption claims. Many magazines have already reported on the gap between the marketing spin and the actual values.

If the new test should encourage the manufacturers to produce better and more ecologically friendly vehicles, that’s obviously a plus. Unfortunately, at least for the moment, it’s probably going to cost you.

Although the government has claimed that car buyers will not have to pay more for their cars, This is Money asserts that “the new test could see new vehicles with eco-tuned smaller engines become more expensive to tax. As a result of the more realistic test, many expect CO2 outputs of vehicles to be higher – and miles per gallon lower – than what the measurements we currently see.”

If you are currently driving an eco-tuned model, you should therefore probably factor in a few extra Pounds.

Prices: Up or down?

So which direction are prices going to take? With all of the conflicting messages, it’s very hard to say. As we mentioned, you can probably expect some excellent deals on electric vehicles. But what about the market in general?

Taking the last quarter of 2019 as a point of departure, it looks like used car prices will probably remain stable or even rise just a little bit. As always, however, a lot depends on the make and model you’re looking for and the specifics of the car in question.

If you want to spend as little as possible – and, honestly, who doesn’t – then we have plenty of recommendations in our blog to help you along the way. Visit our digital selection on this website or drop by in our Manchester showroom. Regardless of your preferences and budget, we should have the car to make 2020 a great year for you.