Our take on new car vs used car debate 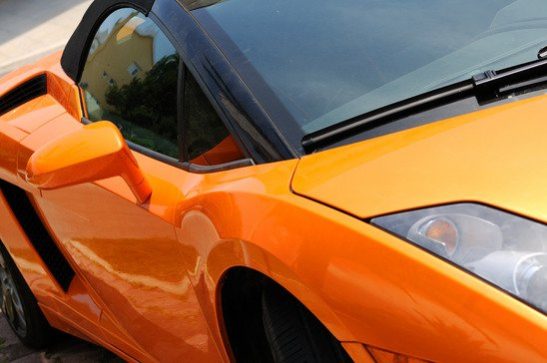 New “64 number” plates are out and everybody is after them. So what is the big deal about those numbers and is this the train that you should be on or not?

Currently the UK government issues new license plates twice per year in March and September. A significant number of the motorists try to put-off their purchasing of new cars till that time so that they can get the new plates for various reasons but mainly to be noticed for a possession of a new car. This usually artificially drives new car sales up for a short period and creates a notion of economic success. It seems to be a win-win situation for the automaker industry and the government. The question is how beneficial is this for the average UK customer? Should you jump on this train and buy a brand new car or you better off with a used one?

The debate on whether to buy a new or used car is as old as the oldest used car on the market. There are always strong believers on both sides who would argue passionately for their point. In reality there is no one size fits all solution. If you are planning to buy a car it depends on your personal circumstances which would inadvertently influence your decision and choices that you make.

In case that you belong to those few with unlimited resources then you have limitless possibilities and everything boils down to your personal preference of a particular model or a company. However, the rest of us have limited resources or are not willing to dedicate unnecessarily big financial resources to buy our means of transportations. This still doesn’t mean we can’t afford a new car but it means that we have more aspects to consider before making the final decision.

Just before jumping into yet another comparison debate let us define what is a new car and what is a used car:

If you decide to go for a new car then it is always possible to find something which would suit your requirements and desire. The information on new models is freely available around the net and from any dealer. Every automaker company tries to grab your attention with their new cars but sometimes it can be simply overwhelming to distinguish the differences between different models. They all have almost the same features and sometimes look exactly the same to an untrained eye.

New car specifications and the advertisements look quite good but how well they can perform on the real-life situation? Would they be exactly as advertised or have some unexpected technical failures causing them to be re-called by the manufacturer in couple of months? Wouldn’t it be better to have a car which is already tested by others and is known to be a good performer?

It is a fact that the new cars usually have higher prices than the used ones of the same model and make. Most of the proponents assure you that it would eventually be cheaper in the longer run than the used one. They suggest that the cost of repairs on used ones would be more expensive than the new ones since they are less likely to have technical problems and with automaker warranties you’ve got everything covered.

It is also a fact that from the moment you drive away your new car from the car dealer your car loses about 30% to 40% of its value. For some models the price drop or depreciation can be as significant as 60% within the first 1-2 years of ownership.

The issue of warranty is not always clear as well. In case of technical problems it is more likely that the parts you need to replace are rare and would cost you considerably more to order than otherwise and they are “conveniently not covered” by those warranties.

It is always the argument of the new car proponents that the choice of used cars are limited and it is harder to find what you need with a specific technical characteristics. They claim that you would need to visit every used auto dealer in order to find your dream car. However the reality is just the opposite. There are currently more used cars on the market than new ones. You don’t necessarily need to visit every dealer shop to find your means of transportation. All the serious used car dealers have now their stock listed online. You can for example browse our online used car showroom from the convenience of your armchair.

All the reliable used car dealers not only advertise their vehicles but they make sure that those cars adhere to the road safety standards established by the government. All our cars for example are tested by our skilled technicians, they might not have that “new car smell” but are thoroughly cleaned and repaired.

It is a fact that used cars are cheaper but cheaper doesn’t mean low quality. Those cars are usually couple of years old and were mostly sold by the owners only to get a newer model to always be the “guy with a new car”. Sometimes the previous owners decided to get a bigger or smaller cars for various personal reasons and it doesn’t mean that the car was not performing well. It means that the car is now in the market with considerably lower price than the new one.

There is always caveat here: if you have a rare car then no matter if it is a new or used the replacement parts would be expensive. There are however higher chances that you can get that rare car you were dreaming about, but couldn’t afford it previously, for relatively lower price in the used car market.

So used or new car?

The final decision is always with you and depends on your personal preferences and the financial situation. Sometimes the personal financial situation would prohibit you from buying the car of your dream. Maybe you don’t need to buy it brand new. Maybe your dream car is standing in our used car showroom. Maybe you just need to get back to the driving seat and get on with your life and work. Contact us and we will help and advise you with finding the right financial solution be that your dream car or just your means of transportation.

Here are some related articles that you might be interested and there are more resources available in case you have more questions.