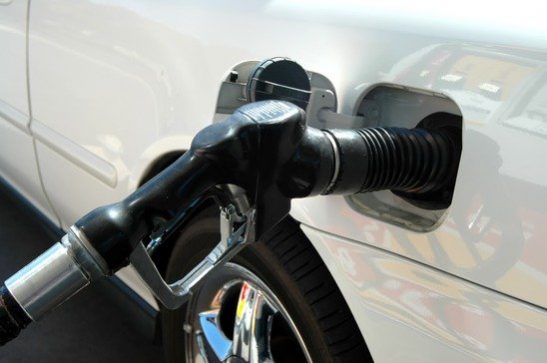 It is an all too familiar situation: You are contemplating buying a car or replacing your old one. And yet, it is never an easy decision. Financing is an important hurdle you’ll need to overcome. And then, there’s the question of fuel efficiency. One of the main reasons for a new car, after all, is that it should be fuel efficient and sport low CO2 emissions. Sounds straight-forward? Unfortunately, it is anything but. In fact, the deeper you look into the matter, the more complicated things become. To help you get started, we’ve compiled some of the most important points.

Firstly: If you are thinking of buying a car, we recommend consulting an expansive article from our archive, in which we present our take on the new car vs used car debate . The results may surprise you – and help you save a lot of hard-earned cash.

Secondly: Fuel prices have been on the rise over the past 10 years, forcing motorists to pay almost double of what they were paying previously. So the only way you can save here is to save on petrol consumption. The solution seems simple enough: Just buy a new, fuel efficient car: The trouble is this “general public view” is mostly based on highly efficient messages placed in the ads of big car producers. They claim that a “new car” by default means “fuel efficient car”. But is this really always true?

One of the best ways to start cutting down on fuel emissions is to consult our article on how to cut on vehicle fuel costs. And yet, even if you follow our advice precisely, you may end up being disappointed. Regardless of how hard you try, you simply cannot seem to nail that miles per gallon (MPG) ideal specified by the manufacturer of your vehicle. Rest assured, you’re not alone. Millions of motorists are reporting that their car doesn’t meet the factory specifications regarding the actual MPG number.

In 2001, the discrepancy between the actual and factory MPG was just 8%, meaning the actual MPG was about 8% less than what the manufacturer promised. Unfortunately, compared to 2001, the discrepancy has increased quite heavily, today amounting to a staggering 22%. Car producers have tried justifying these deviations with a plethora of fancy technical terminology. And yet, it would seem that these are merely excuses for failing to meet their own standards. Clearly, there is a serious issue at the very heart of how the MPG is calculated. So how does this work in practise?

The better your MPG number, the lower your petrol consumption and fuel expenditure. So the MPG stands for two implicit promises: Saving on fuel costs and saving on road taxes as the result of reduced greenhouse gas emissions. And yet, there’s more to the story.

In fact, it all goes back to the 1990 EU roadmap regarding greenhouse gas (GHG) reduction. In order to limit the negative effects on climate change and to reduce dependency on oil imports, the EU decided that GHG need to be reduced by 80 – 95% below their 1990 levels by the year 2050. Unfortunately, their words seem to have fallen on deaf ears in the transportation sector. In fact, not only did transportation fail to meet the mandated emission cuts, but GHG emissions actually increased by 30% until 2005. To make things worse, cars account for two thirds of the GHG emission from the EU transportation sector.

The automotive industry started a voluntary process of reducing GHG emission from cars, but failed to meet the numbers set for 2008. This situation called for action from the EU. Member nations eventually decided to introduce mandatory regulatory measures in early 2009, setting a CO2 target of 139 g/km for 2015 and 95 g/km for 2020.

The role of NEDC

At this point, a New European Drive Cycle (NEDC) was introduced. This test had already been devised in the 1980s to create a standardised way to determine CO2 levels. After the mandatory decision in 2009, it was simply used without any changes or updates. Currently, no carmaker is allowed to sell its cars in the EU without meeting the numbers stipulated by the test. So what, exactly, is this NEDC?

Put simply, NEDC is a driving cycle designed to assess the emission levels of car engines and fuel economy in cars. The NEDC is supposed to represent the typical usage of a car in Europe. It consists of four repeated urban driving cycles and one Extra-Urban driving cycle – all conducted in laboratory conditions on rolling road, which replicates air resistance. The test offers a stylised driving speed pattern with low accelerations, constant speed cruises, and many idling events. It is beyond the scope of this article to explain the intricate details of this test but needless to say to say, it has some significant shortcomings – and it is in every motorist’s right to know about them:

As you can see, there are many loopholes with this particular test for manufacturers to circumvent legislation and present consumers with attractive-looking but ultimately unattainable CO2 values. This creates two significant problems for the industry:

NEDC test and the real MPG

With so many questionable practices involved in the NEDC test, it has become obvious that the MPG number presented by the manufacturer especially for recent models is questionable at best. This has several severe implications for consumers.

It is therefore questionable if a new car is really going to end up costing you less. It definitely helps to speak to as many actual users of a particular model about their experiences as possible. The decision between a used car and a new one may have been easy at some point. But it certainly isn’t any longer.