MyLicence database: Is it a all a good news?

Concept Car Credit > Our Blog > Car Blog > MyLicence database: Is it a all a good news? 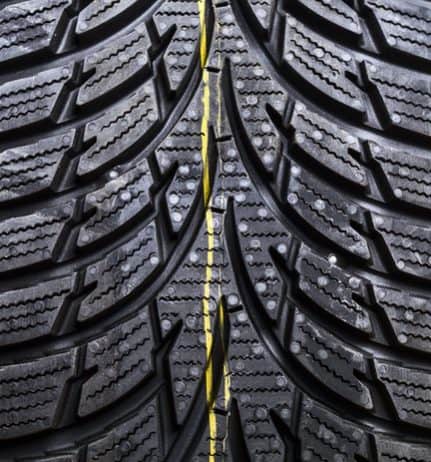 Have you recently bought or renewed your car insurance? Do you remember how many questions your insurance broker has asked you about your driving license and previous incidents? Sometimes you just wish that they would simply check all that information online instead of asking you all that? What if you honestly forgot to mention something and your insurers then found out later they become suspicious and your insurance premiums increase? Probably they think you can’t be trusted and all because of a small misunderstanding.

Such kind of misunderstandings are quite common. It is estimated that due to these errors the majority of motorists are offered higher prices for their insurance premiums than they would have otherwise gotten. The recent government initiative to move everything into digital realm is promised to address this issue with the creation of new “MyLicence” database. It was reported in November 2013 and planned to roll from July 2014.

The MyLicence database initiative is part of the UK government’s digital agenda aimed at reducing reliance on paper and is focused on the gradual migration of government services to online platforms. It is planned to completely phase out paper counterparts to the driving licence cards by 2015. It follows another initiative of addressing the future of VED (Vehicle Excise Duty) and scrapping of tax-discs by the end of 2014.

According to the article from Guardian:

MyLicence is the Insurance Industry Access to Driver Data (IIADD*) database. It will give insurers access to driver’s information held by the DVLA, including what type of licence a motorist holds, how long they have held it and whether they have any driving convictions.

*IIADD is a combined initiative between the DVLA, the Department for Transport, and the insurance industry which is represented by the Association of British Insurers (ABI) and the Motor Insurers’ Bureau (MIB).

When applying for a vehicle insurance the driver would just give his/her driving license number (DLN) which then would be automatically checked using MyLicence database by the insurer to obtain the most accurate information on the current licence. This information then would be used to offer better and more accurate insurance premiums. The Association of British Insurers has estimated that honest motorists could save £15 on their premiums thanks to the data being put online.

The MyLicence database could be the answer to those lengthy processes of driving license checks and is planned to completely remove any mistakes and misunderstandings that can occur prior to buying a vehicle insurance. This initiative will also mean that insurers will need to ask customers fewer questions when they apply for cover, speeding up the vehicle insurance purchasing process for everyone.

The MyLicence database cannot be accessed by individual motorists, but they will be able to use a different online database to check that their details are correctly represented.

The website will be backed up by a phone service, so people without Internet access can speak to an operator to check that any details held about them are correct.

This new development of the “MyLicence” database seems to be a good news. It makes things simpler to process for insurers and any other party who would get the access to it. Many motorists however would like to have some of their concerns addressed before “volunteering” their personal details:

How secure would MyLicence database be?

In the past there have been many instances when entire databases of sensitive personal data were stolen or simply lost and it is therefore a legitimate concern and not a paranoia called “Big Brother is watching us all”. This will be the first time that the external parties would have access to a government database.

This possibility is great for insurance companies and independent brokers who can register to have access to this database. In the future it is expected that any car-hire service would have the same access as well. This new development however would increase the risk of online fraud. Many cases of this kind have been registered as evidence to the warning placed on the front page of Motor Insurers’ Bureau (MIB) advising to be vigilant.

It is more concerning that till now the only assurance given about the security of MyLicence database is issued by the insurance industry, rather than the government. It is assumed that all the responsibilities regarding data protection lie with the companies receiving the data with very little guidance and checks from the government itself. This includes information which some might consider personal, for example, which drivers are disabled. Where is the guarantee that this type of information would not be shared further to some third party who has no right to have the access?

What if the motorist refuse to sign-in?

Having these legitimate concerns about data security in general one would be reluctant to give such kind of access of personal data to third parties. It is a fact, that every motorist can refuse to sign a consent to the fair processing notice but there are some points to consider:

How about past offenders who deserve a second chance?

By using the MyLicence database, insurers would have independent access to motorist driving records, including all of endorsements, penalty points and driving convictions. This means that if someone withholds the details then they might simply be refused an insurance cover meaning they can’t drive or they would most certainly be offered substantially higher premiums on their insurance cover.

Everybody goes through some rough patches of life. Just because they have had difficulties in the past it doesn’t mean they can’t be trusted anymore. There is nothing to be ashamed about past mistakes and everybody deserves another chance. The best practice is to be honest upfront about your points and convictions and your insurance costs would most likely remain the same or even fall slightly as the costs would be more fairly shared due to the MyLicence initiative.

Here at Concept Car Credit we also believe in giving people another chance and would like to help you getting a guaranteed car loan when you purchase a vehicle from us. Our trained advisors will find a car to suit your needs and a repayment plan that you can afford.

Here are some related articles that you might be interested and there are more related resources available in case you have more questions.