What are the most reliable used cars?

Concept Car Credit > Our Blog > Car Blog > What are the most reliable used cars? 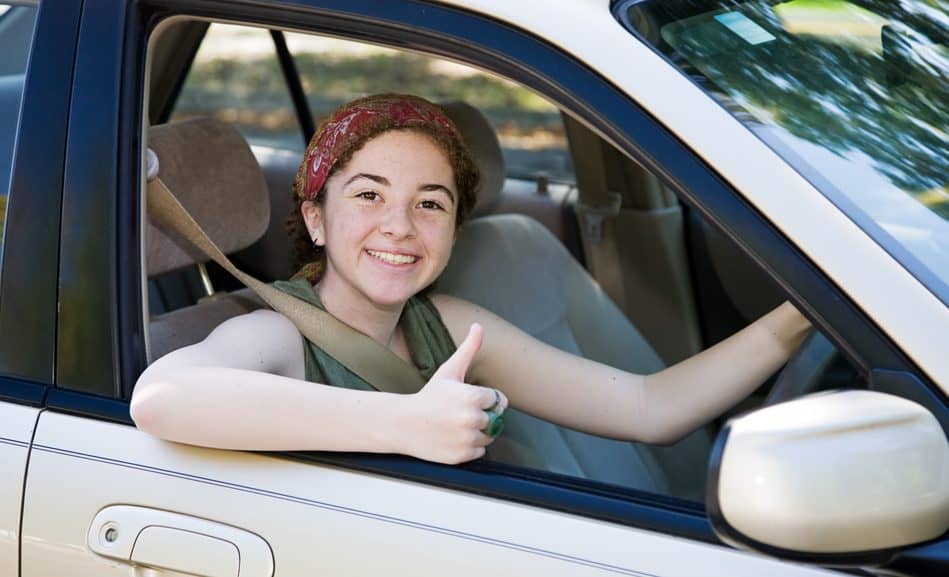 Reliability doesn’t make us fall in love with a car. When it comes to making our heart beat faster, we tend to look for breathtaking design, roaring engines, innovative technology and a driving performance that makes our hairs stand on end.

When it comes to keeping our love with a vehicle burning, however, reliability takes first place. Even the greatest car in the world can become a nuisance if it spends more time in repair than your garage.

Too Good to be True?

Most of today’s used cars have almost too-good-to-be-true reliability records. Driving a car for 15 years or 200,000 miles is by no means an exception any more. This bodes well for anyone strapped for cash.

And yet, not all used cars are equally reliable. To help you identify the few truly indestructible legends in a sea of decent choices, we have put together this special.

Once you’ve made your choice, we invite you into our digital showroom to discover just how many of these great models we have on offer at the moment.

How to measure reliability?

First, though, let’s turn towards a perhaps trivial question: What, exactly, are we looking at when we’re talking about reliability?

In the USA, two major surveys rate the reliability record of practically every single car on the market – one by Consumer Reports (which gauges 1.3 million drivers!) and the other by JD Power (which is smaller, but still polls almost half a million car owners). In these studies, perfect reliability is defined as ‘free from defects of any kind’.

The used cars in the JD Power survey have all been driven for three years. The report documents all the issues that have arisen in the last 12 months. The cars that had the least issues come out on top in this line of thought.

On a more general level, reliability refers to

You could argue that these definitions aren’t perfect …

… and you’d be right. Especially treating every minor ‘issue’ as a ‘problem’ and all defects as equal is problematic. Your entire car may be working perfectly, for example. But if the engine breaks down, you’re not going to be happy.

Also, longevity is a feature often overlooked in reliability assessments. Some of the cheaper brands have significantly improved their build quality, for example, resulting in less short term problems. But for anyone who wants to drive their car until it falls apart, it is the last few years, when repairs become more frequent, that really count.

Finally, reliability is not just the result of manufacturing, but driving technique as well. The more stress a car is submitted to and the more aggressively it is driven, the more repairs it will need.

This explains, to a degree, the reliability paradox of great cars

After all: Precisely because they’re more exciting and sexy, some of the more expensive cars inevitably invite this kind of behaviour.

If you’ve ever wondered why so many unspectacular models dominate reliability statistics, there is another obvious explanation. Just because a used car has a few more issues than another, this doesn’t necessarily reflect badly on the quality of its engineering.

With some cars, the focus is simply more on creating cutting edge designs. As Steven Symes has pointed out, “those more complex designs include not only electronics, but also innovations in chassis layouts and powertrains. A prime example is how many European cars can be found with a dual-clutch transmission.” 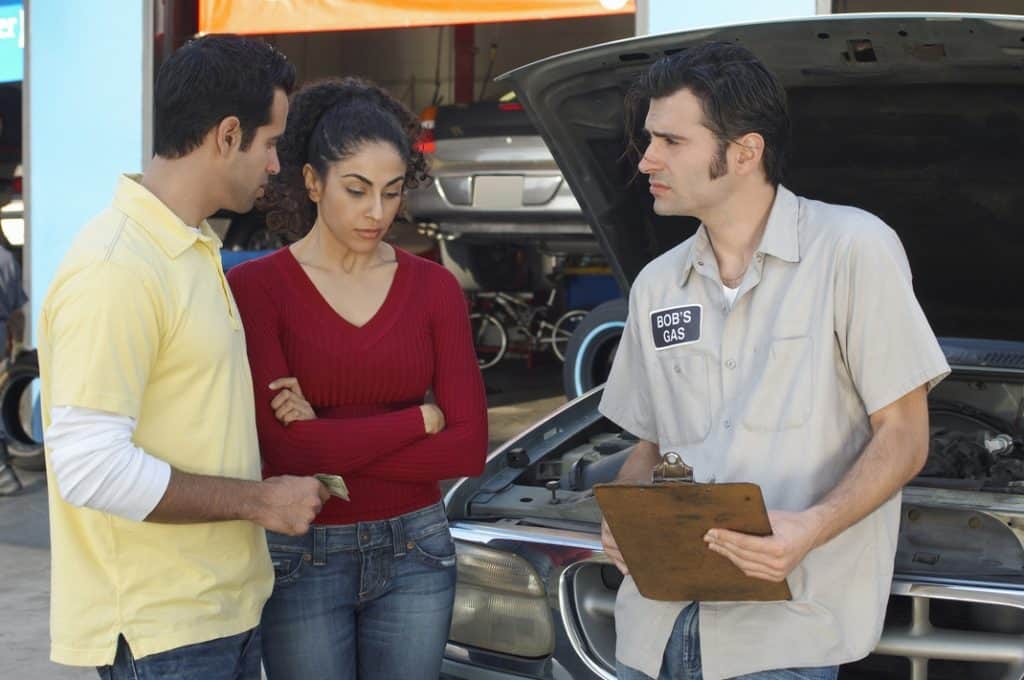 All of these things factor into why some of the vehicles we think of as ‘great’ consistently end up ranking last in reliability ratings.

The German myth? The Japanese magic?

Take a look at any random reliability study and you will inevitably arrive at the same conclusions:

It is hard to argue against the latter. In almost every single study, Japanese cars have come out first when it comes to reliability. Lexus and its parent company Toyota especially have dominated these rankings for years.

The former is slightly more contentious. Certainly, European cars appear to have more defects than Japanese ones. On the other hand, the rankings are somewhat disrupted once you look at things from a different angle.

In some European countries, reliability is measured by how many serious accidents a car is involved in – including technical defects that require the car to be picked up by a towing truck. In these reports, German cars especially end up a lot higher than their Asian competitors.

It’s make and model, not nationality or name

All of this means that if you’re looking to buy a reliable used car, it’s not so much its country of origin you should be looking at. Rather, focus on the model and make. Even within one and the same marque’s catalogue, there can be both excellent and disappointing models.

Take a look at Volkswagen, whose Golf has always been among the most reliable cars around. In comparison, the Jetta or Polo have sometimes been disappointing. With the Up!, meanwhile, VW has once again improved its build quality.

No Fear of Small Names

Also, don’t be afraid of choosing a less prominent make. A Dacia, for example, can not compete with the technical genius of an Audi, for example. So to stand a chance, they need to outpace them in terms of their reliability. This, in fact, is exactly what the Japanese car companies did in the Post World War II years – and look where it got them!

In fact, reliability by default implies a slightly more conservative and ‘boring’ image. A lot of great things can be said about Toyotas, for example, but hardly that they’re particularly exciting to look at or drive. Another marque that deserves a lot more respect than it gets is Vauxhall. These may not be the sexiest vehicles around. But a used Vauxhall is among the most reliable and safe choices you can make.

The Honda Jazz doesn’t just have its fans. Its driving experience can be irritatingly rough – or ‘sporty’. Its looks, too, are up for debate.

One thing, however, is not up for debate: Just how incredibly reliable it is. Honda in general has consistently improved its processes and may now be the second most reliable marque after Toyota. The Jazz is its crown jewel.

When The Independent asked its readers about their experiences, the Jazz ended up first with a spotless reliability record. “You’d think it a statistical impossibility,” the newspaper wrote, “but all the Jazz owners who fed back to us disagreed.”

The most reliable used cars #2: Lexus

Remember how we spoke before about how great cars very often fail dismally in reliability ratings? Well, in the case of Lexus, this does not apply. Toyota’s luxury brand has, in fact, raised production standards to a degree that previously seemed unthinkable.

When buyacar.co.uk presented the most reliable used cars, they even had to check whether readers were bored by the predictably high rankings of the manufacturer:

“It doesn’t matter whether you buy the current Lexus IS or the previous-generation version – no other manufacturer makes a car that’s as reliable.”

Amazingly, in addition to these winners Lexus additionally managed to secure first, second and third place in some of the categories. It seems you can’t go wrong with these cars.

Many of Skoda’s cars have excellent build quality. They are also slightly more simply engineered than their Volkswagen counterparts. The latter is a pro in terms of reliability: There are less high end parts that could break. And if something does happen, repairing a Skoda usually won’t break the bank.

In the Autoexpress survey, the Citigo even snatched first spot aheads of the Japanese competition. The car magazine was full of praise for this little Spanish charmer:

“The Skoda Citigo is a great city car, and it’s also reliable! The small car class is one of the most competitive out there, but the Citigo edged out the Hyundai i10 Mk2 and the Honda Jazz Mk2 for reliability, topping the sector by just 0.05 per cent. Low running costs and ease of driving also make the nippy Citigo a great option when looking for a used car.”

What an amazing transformation this brand has undergone! Dacia used to be the ugly duckling on the car market. Now, it has changed into a sympathetic, fresh and slightly quirky brand with cars that are fun to drive and easy on the wallet.

Perhaps you shouldn’t expose these cars to extreme stress. But as a citycar, the Sandero has been a brilliant proposition. It ended fourth in the Auto Express study and fourth in Honest John’s survey, making it one of the most consistently reliable used cars.

“The Dacia proves that an affordable list price is absolutely no barrier to enjoying worry-free reliability in a car. The Sandero Stepway is a big success with its owners and they enjoy a score here that’s above a Lexus, which is an impressive feat. Affordable repair costs and solid build quality are other contributors to the Dacia’s good showing and underpin its fine reliability.”

As indicated before, Vauxhall does not enjoy the most exciting reputation. But its cars will last a long time and offer excellent driving characteristics. The Corsa and Astra in particular are amazing choices both for singles and families. They are among the most economical cars on the market and extremely reliable.

“We make no secret of our appreciation of the Vauxhall Corsa – it was our Car of the Year in 2007,” according to Whatcar, “It does now feel a little dated. It’s still quite good fun to drive, though, by virtue of some lively engines and its neat size.”

You may not fall in love with it straight away. But once you’ve fallen under its spell, you may well enjoy a happy relationship for many years to come.