Is buying cars from retirees the secret no one told you about?

Concept Car Credit > Our Blog > Car Blog > Is buying cars from retirees the secret no one told you about? 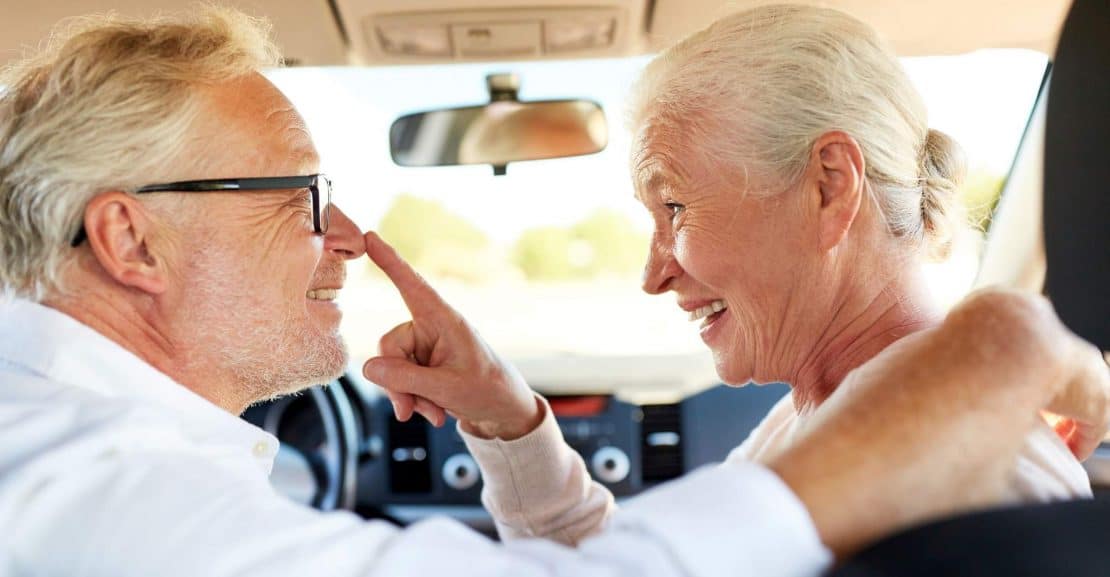 In a recent Reddit discussion about finding the perfect used car, someone suggested the following:

“My dad always buys cars from retirees. You often get a 10 yrs old car with no mileage which spent most of the time in a garage for a cheap price! He’s usually able to make them last 10-12 years afterward.”

This is something you will probably not have considered before. And it sounds like a great idea.

Unfortunately, buying cars from retirees is not a magical solution to your car buying problems.

How, exactly do you find a retiree?

It sounds fantastic in theory: Just buy a car from a retiree, spend a lot less and enjoy your incredible car.

Now, it may be us, but from a purely practical point of view, how do you find that retiree?

It’s not as though they are going to advertise their car as such. And even if you knew some elderly people from your neighbourhood, how would you find out whether they’re looking to sell?

It’s not entirely impossible. There are car dealers out there who specifically target retirees. But you’ll probably have to become a bit inventive – e.g. check with retirement homes – to actually get in touch with your target group.

Why should retirees sell their car for cheap?

Let’s say you’ve found a retiree looking to sell her car. But don’t get excited too quickly.

The idea of the original poster was that retirees have an interest in selling their car at a low price. This may be true in some cases. The elderly in many countries will often have financial problems and find themselves hit particularly hard by an economic shock.

On occasion, therefore, they may simply need the money and be willing to trade in a perfectly fine vehicle at a discount.

However, don’t automatically assume this is standard procedure. Most retirees have become Internet savvy and with websites eliminating all the hassle from the selling process, they hardly have an incentive to sell their car to you for less.

What’s more, retirees have something you don’t have: Time. They usually do not need to make haste with the sale. On top of that, they tend to enjoy haggling, one of the biggest old-school values in the car industry.

From our experience, your chances of getting a cheap car from them are slim.

Retirees may not want to sell.

And all of that excludes another important point: Retirees may not be interested in selling!

Sure, we have more pensioners than ever before in Britain. Out of a population of 66 million, according to reliable statistics, about 12 million are 65 years or older. How many of these still own and drive a car is unclear. We do know, however, that about 5 million of them own a valid driving license. Also, there’s a surprisingly high number of 90 year olds who still drive. (Prince Philip was 94 when he took the Obamas for a spin.)

That’s all good and well. But who’s to say that you need to sell your car once you hit the 65 year mark?

Quite on the contrary. We feel younger for longer and for many of us, being able to drive a car is a matter of pride and self-esteem.

Also, pensioners prefer keeping their car for longer instead of getting a new one all the time. It is younger drivers, on the contrary, who are often more interested in switching model regularly.

So don’t get your hopes up too high.

Mileage is not the sole indicator of value.

One thing, however, is true: If you manage to find a retiree willing to sell their car to you, it will probably have a comparatively low mileage.

We’re consciously saying ‘probably’. After all, as we indicated, retirees love driving their cars until the wheels fall off. And even if you’re only driving a few thousands miles each year, they do eventually add up.

But you can definitely expect that these cars will spend less time on the road than a comparable model owned by an excited first time driver.

Mileage, next to depreciation, is one of the key factors determining the value of a car. So, if the mileage is low, this is a good thing for you, right?

Not necessarily. For one, again, why should a retiree sell a car with a low mileage at a discount? She could argue just as well that the lower mileage should actually raise the price of the car.

And then there’s a third key factor in setting the price of a used car: Condition. Since retirees have plenty of time (although it may not always seem that way to them), they can keep their vehicles in a pristine state.

All of this is actually pointing the other way. It should make these cars more expensive rather than cheaper.

Finally, here’s something to consider: A car is meant to be driven. It is not meant to be parked in the garage for longer stretches of time.

This is not a philosophical point of view. It is highly practical. Some of the most essential parts of a car need to move regularly. In fact, they need to move, ideally, at various speeds. Which is why many recommend you at least occasionally even take your supermini for a few faster miles on the highway to keep them running smoothly.

It is true that a low mileage will usually be considered a positive aspect. But that’s only as long as it stays within a reasonable limit. As soon as it gets too low, it’s time to get suspicious. The average mileage in the UK has fallen and now stands at 7,400 miles per year. Everything far below that number is a sign you need to be careful.

Never buy a car with a very low mileage without at least taking it for a test drive.

All in all, the idea of buying from retirees may look great in theory. In practise, however, it’s hardly the stuff that insider secrets are made of.

We’d like to inform our customers that our showroom in Manchester will reopen again on the 12th of April.

Our car buying process is “Corona Safe” without compromising on quality or customer service. You can also buy a car from us completely online or over the phone and we can deliver your car to your door