How the City Car Revolution Changed Everything 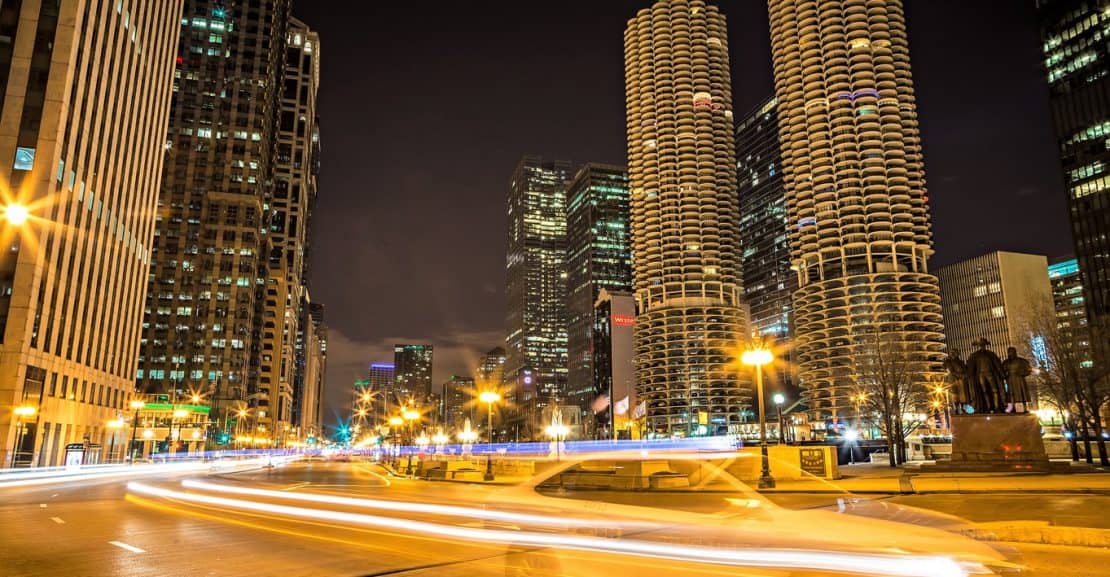 City cars are no longer a fad. Ever since their sudden surge in the 1990s, they have continuously gained in popularity. Today, they constitute the biggest section of the market. According to Euromonitor.com, on an otherwise stable car market, the mini segment was by far the fastest growing category over the past years. Superminis did extremely well, too. Article author Neil King estimated that by 2020, the combined city car and small car portion would account for 45% of the market.

Clearly, the future is compact.

In some ways, this is what many experts have always predicted. And yet, the breathtaking sales spurt of city cars is down to a number of fairly mundane factors that have nothing spectacular or futuristic about them. City cars are simply the triumph of personalisation, charm and functionality over driving power, space and mass market optimisation.

Let’s take a look at how the ugly duckling of the industry turned into its most exciting poster boy.

What, exactly, is a city car?

When urban driving is discussed, many of the following words are used interchangeably:

Official definitions are vague and hard to come by, adding to the confusion.

For the sake of clarity, we’ll use the definition used by online car comparison site parkers:

“A city car is a compact, efficient vehicle that is smaller than any other class of car. It’s normally the tiniest car in most manufacturers’ ranges – no surprise it’s named after its suitability for urban work in busy city streets.”

“Built for the city”, they are not usually “suited to long-distance drives, low power levels, limited level of equipment.”

Their history begins in the 1920 and -30s, at a time when two developments combined:

The idea that cars, rather than trains or monorails, would be the future of public transport.

And then, of course, the great depression. A shock to many households, it forced everyone to save money and opt for cheaper cars.

And in most cases, cheap meant small.

This is why the era of the great depression brought the first wave of city cars. Of course, that’s neither what they were called, not what their main purpose was. The small cars of this time were instead intended to provide a cheap means of transportation for the masses.

Which meant that producers had to either use inferior materials or invent new ones which did not cost as much as those currently available. In order to save space, they also had to come up with creative solutions to the passenger cabin.

After the war had ended, this led to some of the most bizarre and inventive designs of all times.

And not a year seemed to go by without a new brand popping up to present a new vision.

The Fiat 500: A trailblazer 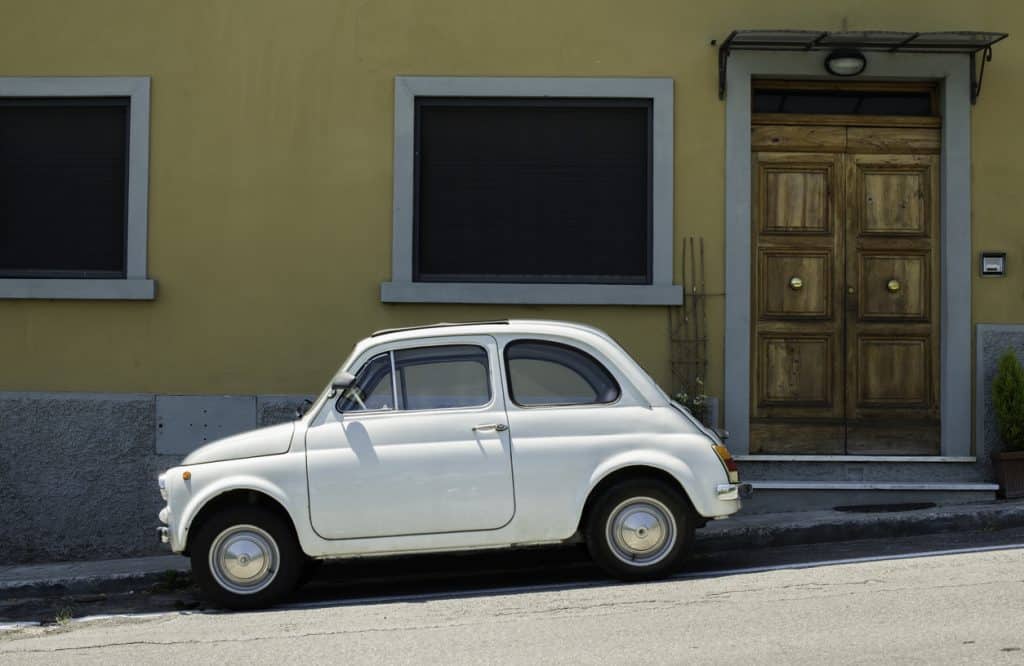 The most important and durable of these experiments was a charming metal box on wheels. For the first years of its release, it was widely considered a failure. Over time however, it would come to be regarded as a design classic and a trailblazer for an entire movement in the industry.

The first iteration of th Fiat 500 had already been developed during the great depression era. But it only really came to its own in the 50s and 60s. Its original purpose was to be an ‘affordable, small car for everyone’. It was a concept of the Zeitgeist. The Volkswagen Beetle, that other iconic mass market car, had set the pace ust a few years earlier.

The 500 was affordable, had excellent fuel economy for its time and was generally considered cheap to maintain – if you could steer clear of the rust problems troubling many Italian cars at the time, that is.

Measuring merely 9 feet and powered by a puny 479c engine, the Fiat 500 was indeed a midget and the first true city car, as Arnold Clark rightly points out.

It would take a while before the second generation of city cars made their entrance. In between the end of the first generation of 500s in 1975, which had sold a breathtaking 4 million cars, and the arrival of the Smart Fortwo lies a long period, in which the small car segment faltered.

As the depression waned and incomes rose, city cars suddenly seemed a lot less interesting. Family cars were suddenly the most alluring option. Following on their trail of success, many minis became longer and more spacious.

At the beginning of the 1980s, small cars were no longer small, while some of the bigger cars had grown to outrageous dimensions.

Eventually, this would lead to demand for a return of truly compact vehicles.

Today, we associate this return with the Smart Fortwo, one of the smallest cars ever built and also one of the most unusual collaborations the industry has ever seen. However, it was preceded by many first attempts at making the small car segment sexy again.

The Tata Nano and Toyota iQ are prime examples of these new city cars. The iQ especially would probably have made the Smart unnecessary, if it had not been slightly too expensive for what it had to offer. And long before that, the Ford Ka drove home the message that, in terms of design, the options had not even remotely been exhausted.

In terms of sales, the Smart is hardly a success story. Despite massive media attention and a lofty price, it never made a profit. In many respects, it is definitely not your ideal option if you’re looking for a small car.

And yet, the Smart epitomises the city car concept. And even though it may have been outside the financial reach of many customers, it revolutionised the way people think about cars.

The Smart is the brainchild of Nikolas Hayek, who already single handedly rescued the entire Swiss watch industry from extinction in the 1980s and 1990s. Hayek had a concept for a super small car that would fit into every parking space and that was designed specifically to the new realities of the 2000s: Just two seats, just enough room to fit in a few bags of groceries of your yoga/sports bag and incredible fuel economy.

Thanks to Hayek’s vision and the financial clout of Mercedes Benz, who eventually agreed to produce the car, the Smart – short for Swatch Mercedes Art – would become an inspiring collaboration and turn the industry upside down.

We Are all Different

But the smallness and cuteness of the Smart was only one part of why so many people fell in love with its concept. Even more importantly, the Smart could be individualised to a high degree, offering many different colour combinations, for example.

The Smart was obviously intended as a car for everyone, yet each Smart was different. It was the perfect product for a market saturated by mass solutions which didn’t work, didn’t fit and no longer appealed.

Since then, almost every single city car has copied the Smart’s main premise of individualisation. The most striking success stories have been the Mini and the latest variation of the Fiat 500, both of which stunned the market with their equally iconic designs and daring colour palettes,

Why city cars are the future 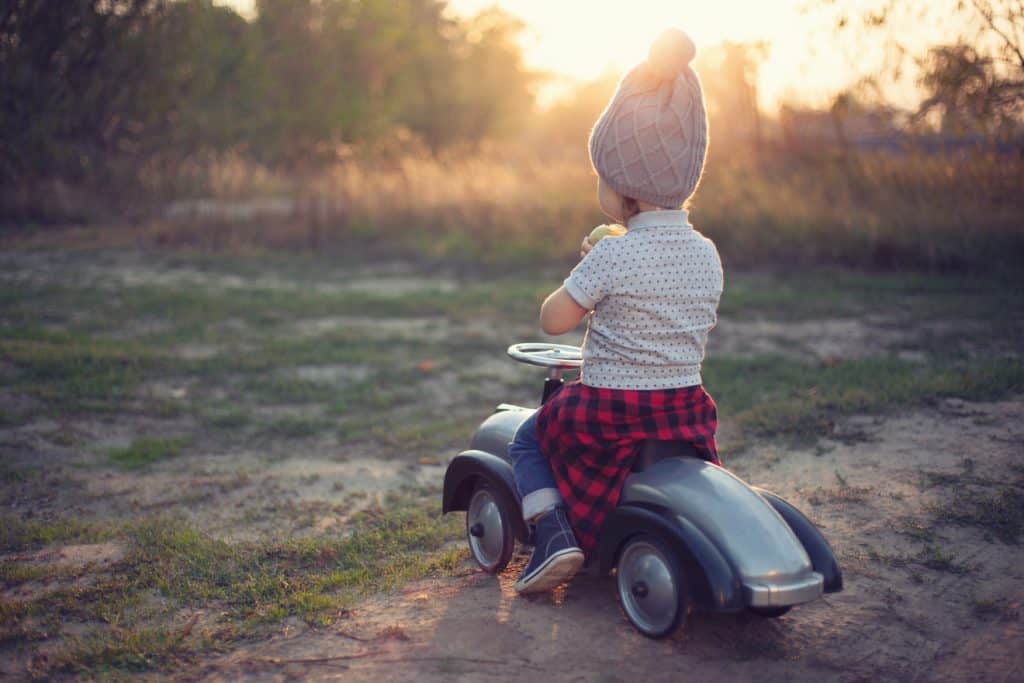 These innovations helped city cars to quickly become the pace-setting segment of the market. Together with SUVs, they are the result of manufacturers paying closer attention to the actual wants and needs of customers.

Some of these needs and wants include the following aspects:

The one argument that has frequently been wielded against city cars is that they’re a lot less safe than larger vehicles. And, truth be told, there is not a lot that can be said against this argument.

An article in business publication Forbes even warned against making cars too small. In a striking passage, they explain the physical logic behind the dangers of overly compact cars:

“Size is important because mass, coupled with acceleration, determines the force of a crash. Injuries depend on the forces that act on the occupants in the car, not on how much external damage the car sustains. The force of a crash turns on two key attributes: the weight of the crashing vehicle, which determines how much speed must be absorbed during the impact, and the size of the vehicle, which often determines how close the front of the vehicle is to the driver–an essential indicator of the extent of injuries to the legs and torso.”

So should you be worried when taking your Volkswagen Up for a drive?

For one, Forbes itself admits that many of the current safety tests are dubious and may be based on unrealistic premises. And secondly, almost all experts seem to agree that novel features can significantly improve a city car’s safety.

As Drive Mag point out, for example: “Without the safety package, the Ignis has only 3 Euro NCAP stars. With it, it’s the class leader.”

Interestingly enough, some of the sales champions disappoint in the safety department. At least in terms of new technological innovations, the Fiat 500, Volkswagen Up and Hyundai i10 clearly lag behind more generously equipped city cars.

It is to be expected, however, that it won’t be long before these items turn into a standard. After all, in a segment as competitive as the city car segment, no manufacturer can expect to survive for too long without offering its customers what they want.

Some of the best city cars on offer

So, with this in mind, what are some of your best choices when it comes to city cars? According to Autocar, nothing beats the triumvirate of the Volkswagen Up, Skoda Citigo and Seat Mii, all built on the same chassis and with very similar specifications.

Some even consider the Seat superior to the Volkswagen overall.

Auto Express has a slightly more varied list on offer:

Just pay us a visit or take a look at our digital showroom. We’re looking forward to your visit!