How important is fuel efficiency really? 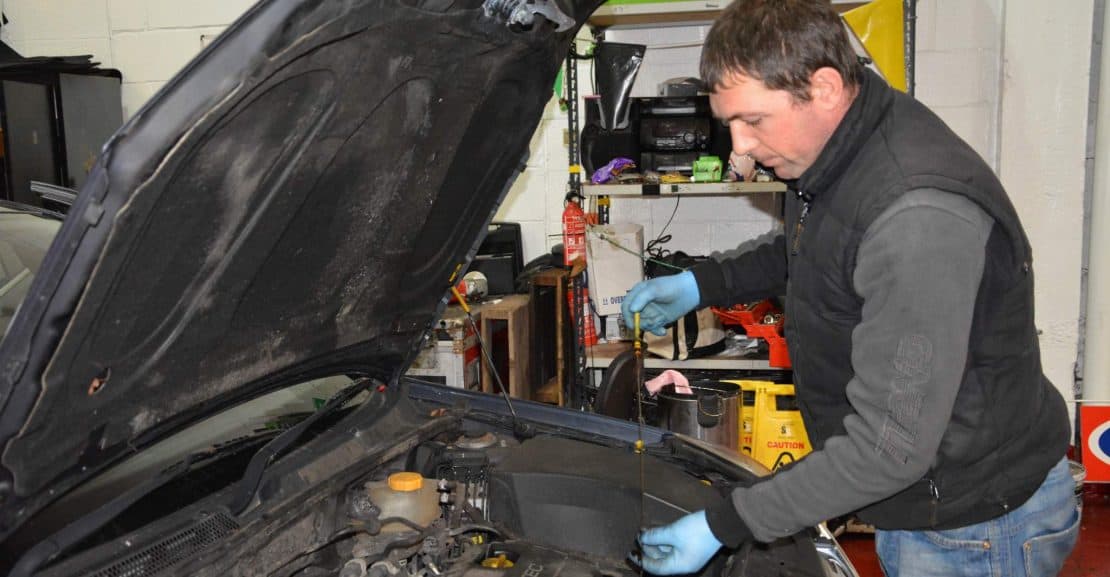 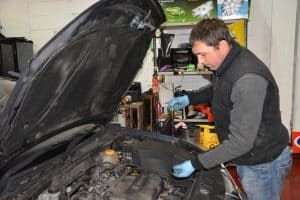 Fuel efficiency is no longer just a question of money. As the ozone layer is deteriorating at a frightening pace and the world keeps heating up, it has become a far more urgent and pressing topic. Clearly, ecological considerations are no longer just for tree huggers and hippies. They affect us all, and they affect us in a very immediate way.

At the same time, fuel efficiency is most definitely also a question of money. More fuel efficient cars tend to be a lot more expensive than their gas guzzling competitors, after all. It has often been argued that this need not be a dilemma, as the savings from lower petrol expenses will eventually offset the higher purchasing costs. At least in theory, you can be a morally sound person and eat your cake, too.

But is this actually true in reality?

In this article, we take a look at the current research and analyses on the topic. We also take a look at how much you can actually save by going green, whether it makes sense to replace your old car with a new one – and how to save petrol expenses in general.

If you’re thinking about these questions, we can already assure you of one thing: You’re not alone. On both sides of the Atlantic, potential car buyers are coming to the same conclusion: Fuel efficiency is an important factor to take into consideration.

In fact, it has by now become the single most important buying decision for drivers both in the UK and the USA. A large study conducted in the USA, for example, discovered that ’79 percent of those surveyed put fuel efficiency above safety and even price’. These numbers are especially salient, as a new law will require cars sold in the country will need to meet a minimum mileage requirement as of 2025.

In the UK, there is a similar move towards focusing on more practical reasons for buying a car. A study conducted by car valuation company CAP found that fuel efficiency was the most important factor, closely followed by running costs, overall cost of ownership as well as service and maintenance costs. In comparison, once vital considerations such as ‘being seen in the right car’ no longer play an important role.

How to improve fuel efficiency

Although it’s obviously the easiest option, you don’t need to buy a new car to improve your fuel efficiency. There are plenty, considerably cheaper alternatives for anyone seeking to improve their ecological footprint.

According to website comparethemarket.com, even factors such as “size, shape, engine type, fuel size, intended purpose and colour” can have an impact on how much gas you consume, so there are plenty of potential starting points.

Here’s a brief overview of the best options for improving your fuel efficiency:

Despite these recommendations, you may still want to bring your fuel bill down even more.

So, let’s turn towards the really big question:

Does it make sense to buy a new car to improve fuel efficiency? 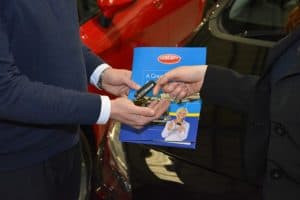 The answer to this question is surprisingly hard and it’s hotly debated. On the pro-side of things, autotrader claims:

“You can save $200-$1,500 in fuel costs each year by choosing the most efficient vehicle that meets your needs. This can add up to thousands of dollars over a vehicle’s lifetime.”

That sounds like a lot of cash! The claim is further backed up by an interesting and detailed breakdown on moneysaving website The Simple Dollar.

In it, Trent Hamm takes the example of a family currently driving a 2004 Ford Expedition and takes a look at whether it would be financially sensible for them to replace it with a new, more economical car. According to his numbers, the break even point would arrive at around the six year mark. So if you’re prepared to wait a while, you’ll eventually be rewarded.

Hamm also comes up with another intriguing idea. Rather than trade in your old car and buy a new one, you could also get a good used car with better fuel efficiency on top of your current one.

Here, too, you would be paying a little more each month for a while. But after paying off the loan, you now have two functional vehicles and can use each one depending on its strengths and weaknesses.

There is just one thing wrong with these numbers: They’re hardly realistic for most drivers. In the example given, the family has a monthly petrol bill of up to $400. Those bills may be possible in Southern California. But they seem outright absurd over here in the UK. And as soon as you bring the data down to what’s more feasible, the entire argument starts crumbling.

Whatcar asserts that running costs, especially depreciation, will always be a far more important money factor than fuel costs.  Which is why buying a diesel will most likely not end up saving you money, even though diesels are known to be a lot more fuel efficient:

“The Fiat 500 diesel does nearly 14mpg more than its 1.2 petrol sister, but its purchase price is £2400 higher. On economy alone, owners would need to cover more than 130,000 miles in the diesel before the fuel economy/purchase price equation levels out. Once servicing costs are factored in, the petrol car builds its advantage, ending up more than £900 cheaper to run over three years or 36,000 miles.”

“Assuming the average consumer drives 12,000 miles per year in a vehicle that gets 20 mpg, an increase of $1.00 per gallon, from $3.60 to $4.60 per gallon as an example, would only result in an approximate increase of $11.50 per week in fuel expenses,” says Alec Gutierrez, senior market analyst of automotive insights for Kelley Blue Book. (…) Even with gas at $4.00 per gallon, trading in a car that gets an average 20-mpg for one that gets a combined 30-mpg city/highway won’t save anywhere nearly enough money in fuel costs to cover a car payment.“

“As long as you have a car that is paid for, or getting anywhere close to being paid for, buying a vehicle just for the sake of saving on gas makes no sense.”

How to do the calculations yourself

Ultimately, of course, you will need to run the numbers yourself to arrive at a sensible conclusion for your specific driving behaviour and mileage.

To do this, you don’t need to conduct complicated studies or gather data for months on end. Here’s a very simple plan on how to find out how much you’re spending on gas and whether buying a more fuel efficient car could be worth it:

Finding the fuel efficient car that’s right for you 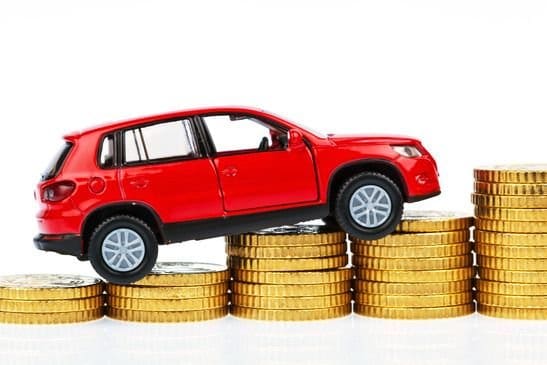 Equipped with this information, you’re now ready to start your quest for the fuel efficient car that’s right for you. The web can be a great way to start your research:

Once you’ve gathered some information, however, the best thing to do is to simply step into our showroom and take a look at the real thing. We’re always happy to answer all your questions about fuel efficiency and we have great new options arriving almost every day.

Do come around – we’re looking forward to helping you!

Anyone who purchases a car from us in July 2021 will be put in to a raffle to win vouchers for a family of 4 to visit Alton Towers.