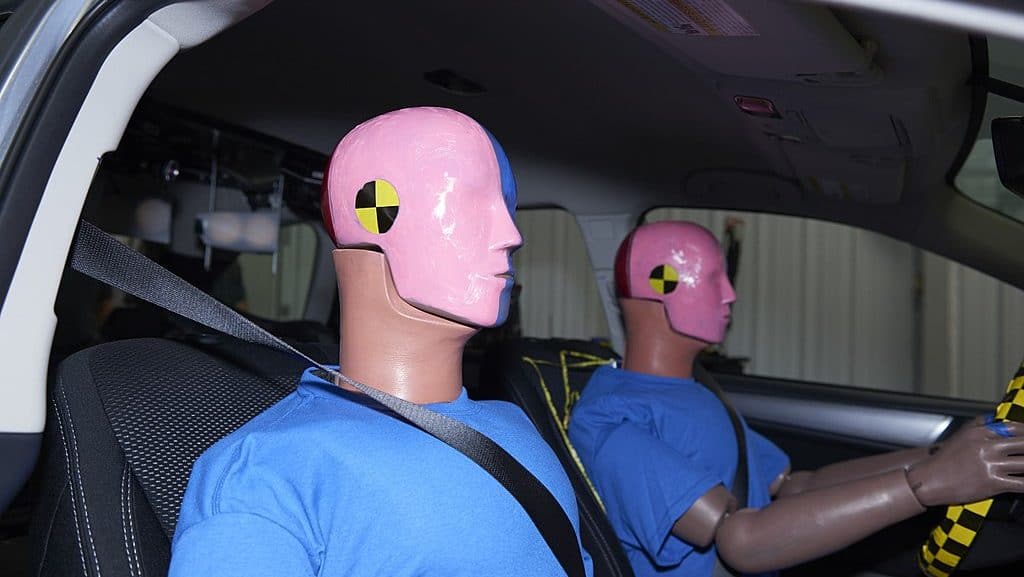 In the past, safety hardly mattered to true car aficionados. To them, performance and looks were everything. This attitude gave us decades of stunningly beautiful designs and roaring engines. Unfortunately, it also led to far too many accidents – many of them fatal.

Those days are obviously long gone. Car safety ratings are among the most important buying criteria. As are ecological considerations.

It is sometimes hard to believe how recent this development has been. Independent car safety tests were only introduced twenty years ago. Initially, they met with fierce opposition. Even today, very few people truly know how car safety ratings work and what they mean.

In this feature, we’ll explain everything you need to know. We’ll also show you how you can make sure you’re safe even on a limited budget.

The history of car safety ratings

Accidents and fatalities have been an issue for the car industry since its birth. Counting in steam-engine-powered vehicles, the first fatalities are recorded as far back as 1770. In a much published event at the time, Bridget Driscoll was the first pedestrian to die in a car-related traffic accident. Three years later, the first driver gets killed.

It will take a long time for governments to respond. The US is the first to take measures. 1979 sees the introduction of the New Car Assessment Program to protect drivers and improve safety standards. The organisation is not affiliated with manufacturers and publishes the results of their crash tests to allow for comparisons.

Europe lags behind. It will take until 1997 before the founding of Euro NCAP changes everything. 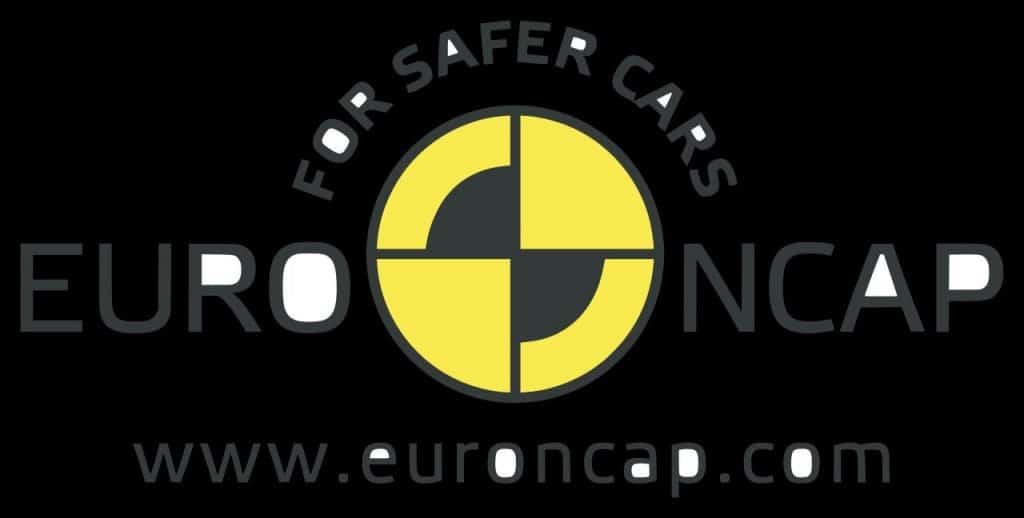 It is hard to say why Euro NCAP was finally founded. Millennium fears? Growing concern over ‘softer’ car qualities, such as fuel consumption, functionality and interior space? The growing percentage of female drivers?

Be it as it may, Euro NCAP comes at just the right time. In the 90s, it can sometimes seem as though manufacturers have become complacent. Accidents sometimes appear to be considered a necessary evil. The team behind Euro NCAP doesn’t agree. They hold the industry personally responsible. The success of their work over the next two decades will prove them right.

Clearly modelled on the American New Car Assessment Program, Euro NCAP is entirely independent. Its crash tests are set up according to strict and transparent criteria. Its mission is to reward those companies raising the bar. And it is not afraid to shame those neglecting safety considerations.

In doing so, they will influence the car sector like few other outside parties.

1. The safer a car, the higher its rating.
2. Meeting minimum legal requirements is never enough.
3. Car safety ratings are always snapshots and need to be renewed after some time has passed.

These premises may be simple. But they will turn out to have massive consequences. For one, if a car only meets the official safety requirements, it gets a 0 star rating. The idea behind this is that manufacturers should push technology forwards to create increasingly safer cars. Resting on ones laurels is never enough, as long as people are still dying on the road.

It is a remarkably effective approach.

You can see just how much car safety has improved by watching a youtube video of a 1997 Rover 100 and a contemporary car crashing into a wall. The Rover looks like a complete wreck afterwards. The 2017 vehicle suffers little more than a damaged engine block.

The third premise adds a further progressive element. A car may get a 5 star rating today. But in five years from now, its safety features will no longer be at the top of their game.

This happened to the Fiat Punto. It received a perfect 5 star rating upon its introduction in 2005. In 2017, it was tested again and was now downgraded to 0 stars. Fiat had hardly made any safety improvements on the car. As a result, it was now among the least safe cars on the UK market.

What this means is that you can not compare Euro NCAP car safety ratings from different years. To reflect this, manufacturers have to renew them every six years to ensure they are still up to date and meaningful.

As part of their car safety ratings process, NCAP performs a variety of tests. These include the following: 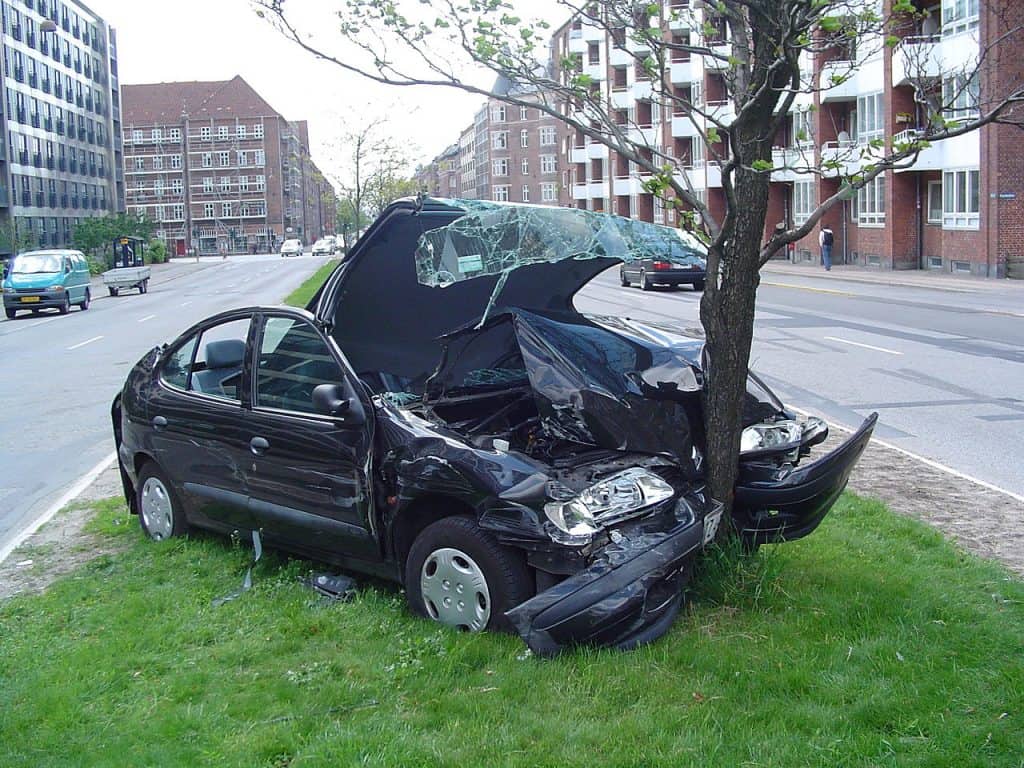 This is the test you’ll most likely be familiar with from TV. The car crashes headlong into a wall or other barrier at a speed of 40mph.

The crucial criterion here is not how much damage the car suffers. What matters is the condition of the passengers. Airbags, seatbelts and similar devices all play a part in this test.

This test mimics a lateral impact. It’s like another car crashing into your doors. In the Euro NCAP laboratories, a huge, heavy robot performs this duty.

You may not be aware of it, but Euro NCAP also bases their car safety ratings on the impact for pedestrians and children.

As we mentioned, the first UK traffic victims were pedestrians, not drivers. So it seems logical that their safety should obviously receive top priority.

Over the first one and a half decades, structural improvements played a pivotal role in safety ratings. Remember that Rover 100 tested in 1997, which ended up crumpled like a paper bag? That was a construction issue. For about five years or so, technology has increasingly taken over as leading the way forward.

The keywords are now advanced breaking, speed assistance systems and detection technologies. Many of these have already become standards.

Based on the results from these crash tests, Euro NCAP rates cars on a five star scale.

It is important to know, roughly, what the different ratings mean.

At the extremes, we have cars who offer more than just good protection (*****) and those that merely provide ‘marginal crash protection’ (*). Things are really at their most interesting at the three star level. A *** car still offers average to good occupant protection, for example. But it does not feature crash avoidance technology.

In other words: The differences upon impact between a three star and a five star car are most likely not that big. It is how these cars help you avoid those impacts in the first place that makes the difference.

What do car safety ratings tell you?

Car safety ratings have become one of the most important criteria for deciding for or against a model. Safety is also one of the main reasons in favour of new cars. After all, these come with the latest safety features and improvements on existing ones.

Does that mean that you need to constantly buy a new car? Should you worry if you just got a Fiat Punto? What to make of a three star rating?


These questions are entirely legitimate and not always easy to answer. For one, safety has constantly improved since 1997. According to carfinance 247, “72 per cent of the cars tested achieved a five-star Euro NCAP rating, versus 56 per cent in 2016.”

Cars may be constantly becoming safer. But that doesn’t mean older cars, like that Fiat Punto, are by default unsafe. You merely could be doing (a lot) better.

Three star ratings need not be a problem, either. It all depends on how that rating was established. Structurally, most vehicles, even used ones, are great. The devil is in the detail, i.e. in the safety software. Whether or not you want to fork out a few thousand Pounds more for the full package is ultimately a personal decision.

How car safety ratings are changing

Euro NCAP is demanding a lot from manufacturers. But it also demands a lot from itself. And so, it constantly updates and improves its test procedures to arrive at better results.

Its dual rating system has been one of the more incisive changes. As we mentioned, technology is the main area of progression for the industry at the moment. Manufacturers are therefore frequently offering different versions of their cars with different safety packages. One example is the Dacia Duster, which is very basic in its cheapest version, but quite advanced in its high-end model.

It would be unfair and unhelpful to award both these models the same safety rating. To this end, Euro NCAP now awards two ratings to each model. One for its entry level version and one for its most expensive alternative. This will allow you to make a very precise decision on whether or not an upgrade is worth it or not.

Another area for potential improvement is the realism of crash tests. Most experts agree that crash simulations under laboratory conditions create comparability at the cost of realism. Obviously, each crash is different.

This is particularly relevant as manufacturers will obviously optimise their cars for performance in the Euro NCAP tests. Instead, we need cars that can translate that safety record to the road.

Australia and New Zealand have begun closing this gap by conducting statistical analyses using their crash databases. This can lead to some distortions. But it can also complement the results from clinical crash tests. Certainly, this is an area where car safety ratings could still improve.

Traditional car aficionados may be disappointed by all this talk about safety. Perhaps it’s for the better that their voices are being heard less and less.