Getting a Used Ford Fiesta – What you should know

The UK has always had a love affair with Ford. For good reason: A traditional American marque at heart, Ford’s vehicles offer high end technology and excellent reliability. They are fun to drive and economical. And thanks to some convincing recent decisions in the design department, they finally look great, too.

In WhatCar’s ongoing survey of the most reliable brands, Ford comfortably secured a spot in the top 10, leaving competitors like Volkswagen and Vauxhall behind.

And yet, Ford’s UK sales are foremost based on a single model: The Fiesta. It has dominated the UK market for decades. Especially the latest two incarnations, the Mk7 and Mk8, have widely been praised as its best yet.

Ever since it was introduced to the market, the Fiesta had its critics. Some thought it was boring, others criticised its build quality. Over the last few years, there have intermittently been a few quality issues. Most of them are closely linked to the introduction of the new generation models and have disappeared. Others have lingered a little while longer.

And yet, especially as a used car, the Fiesta makes for an incredibly complete package. It’s an excellent singles car as well as a fully fledged family vehicle. It is one of the best city cars of all times, but can also comfortably take you to your holiday destination. It is compact and smart, yet spacious enough for larger shopping sprees.

Used Fiestas are often considerably cheaper than some of their German rivals, while offering what may well be better features. About time, therefore, to delve into the history of this charming little vehicle that we’ve come to love and appreciate so much.

In 2016, the Fiesta celebrated its 40th birthday on the UK car market. That makes its one of the longest running models of all times. Just like the Vauxhall Astra, it is one of those cars that has entered our National identity. It is hard to find a driver who hasn’t, at some point, had his hands on a Fiesta, either new or used.

And yet, the Fiesta was never a car that one would lust over. Certainly, it was always known to be an excellent drive. Its fuel consumption was also at the top of its game right from the get-go. Fairly safe aesthetics and conservative engine choices made it a practical vehicle rather than an exciting one, however.

All of this changed in 2008, with the arrival of the Mk7. Suddenly, the Fiesta looked sleek and temperamental, elegant and sporty, futuristic almost. As the RAC claim, not only was this all new and improved model suddenly alluring to an entirely new target group. It also transferred its newly gained reputation onto the rest of the entire Ford group.

In 2012, the Ford Fiesta Mk7 received another facelift. It was now, the RAC writes, easily at its prime:

“This may not be the largest or the plushest car in the sector but on just about every other main criteria, it’s either up there or class-leading. There’s an unpretentious quality to it and a focus on providing the things that really matter to small car buyers – the fun handling and affordable asking price Ford has long delivered to them in this segment but also the low running costs, strong safety provision and low emissions they now need too.”

Since then, many claim, the Fiesta has been on the way down

Until 2011, new Fiestas were built in Germany. Then, however, Ford decided to move the production facilities to Thailand. Australia and Thailand have a free trade agreement, which makes re-importing them from Asia extremely cheap, despite the long distance. This has cut costs for the Fiesta considerably.

Although these decisions are common today and need not necessarily lead to quality issues, even Ford’s management seem to have been unsure about the move. As reported, some changes were made in the Thai Fiestas, ranging from “little things like a harder grade of plastic on the dashboard” to “a slight drop-off in fit and finish of the interior bits and pieces.”

And yet, none of these changes seems to have affected either the fortunes of the Ford Fiesta, nor, ultimately, its quality. In reality, according to Drive.com, “the only real obstacle was a mental one.”

Used Fiesta: A Question of Depreciation

Nonetheless, the Ford Fiesta has never been particularly great at holding its value. It doesn’t have the highest depreciation rate in the business. But it certainly doesn’t score top marks in this department.

Writing about the Fiesta, Moneyweek says:

Considering Ford’s generally better than average depreciation ranking – it scored fifth place in the UK, closely behind Mini, Audi, Volkswagen and Lexus – this may come as a surprise. But then again, there are simply so many used Fiestas on offer. The ample supply simply has to have an effect on resale prices.

All of this means that a used Fiesta is an excellent choice. A used Fiesta offers all of the benefits of a new model at a vastly improved price.

Interestingly, there are plenty of forum comments from actual Fiesta drivers that have observed that most of the (minor) problems occur during the first 1-2 years. After that, most used Fiestas drive just perfectly and can remain trouble-free for years.

So what’s the talk about used Fiestas being a problem about?

It can not be denied, however, that used Fiestas are not without their weak spots. In an in-depth feature, WhatCar listed the various problems the Fiesta encountered since the beginning of the new Millennium.

Some of these are comparatively minor. These include problems with the water pump or the built-in stereo system not working properly. Some are more troubling, from rear axle problems and fuel pipe’s disintegrating to filter problems (we’ll get to those again in a second).

What is important to note, however, is that these lists are common for every single car on the UK market. What matters far more is that almost all of them affected a smaller part of the Fiestas only. Ford also handled every single case well and has continually improved the Fiesta. Current models are as safe and reliable as they’ve ever been.

The elephant in the room: Transmission 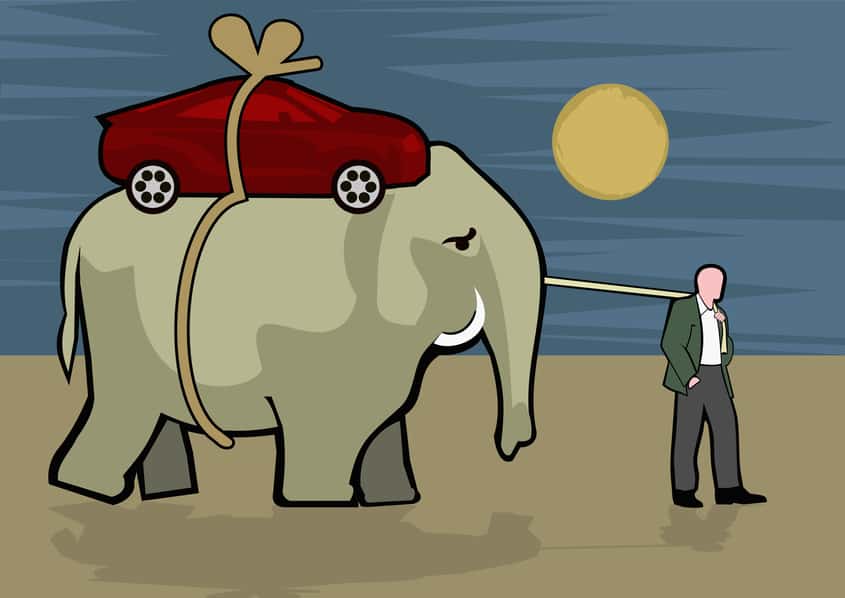 In fact, there’s just one single issue that has remained. As car experts site jalopnik puts it, a recent report on the topic “suggest a real issue with the Fiesta, one that could dent Ford’s recently burnished quality reputation.”

At the heart of the affair is the Fiesta’s automatic gear box. An innovative feature in theory, it has been extremely effective in bringing the Fiesta’s already impressive fuel consumption numbers down even more. It is estimated that the “Powershift six-speed automatic transmission” has shaved another 10% off, making the Fiesta a contender for the most economic car of its class.

The Fiesta has served as a testing ground for the Powershift, which Ford intends to roll out onto some of its other models as well. This explains why the automatic gear box has had its birth troubles especially in the Fiesta.

Problems range from “hard shifts at speed” to the Powershift “not engaging any gear”.

Many of these have been taken care of, but the transmission is still not without its problems. In the JD Power vehicle reliability study, the Fiesta ranked as one of the least reliable cars of its class – as an automatic.

If you look at its manual models, however, the picture changes entirely. Here, the gear box max not be perfect, but perfectly adequate. Overall, it solidifies the Fiesta’s role as a class leader.

If you’re thinking about buying a used Fiesta, therefore, your best choice right now is probably simply to go manual.

Buying a used Fiesta: What to look out for

The transmission is not the only thing you should look out for, however. As with every other car, there are very specific aspects you should pay particular attention to. Carbuyer.co.uk have compiled some of the most salient of these potential weaknesses:

In general, the Fiesta has consistently been regarded as one of the finest cars for years. This obviously translates to the quality of its used models as well. We could give you an endless list of quotes about just how great this car is. But why not experience the qualities of this bestseller in person?

We tend to have used Fiestas in our showroom practically at all times. Just visit out digital showroom to take a look and then make an appointment for dropping by in our physical sales room in Manchester. Thanks to our friendly financing options, you could soon become one of the happy owners of a used Fiesta that feels just like new.