Fuel consumption: Are new cars less economical than used ones? 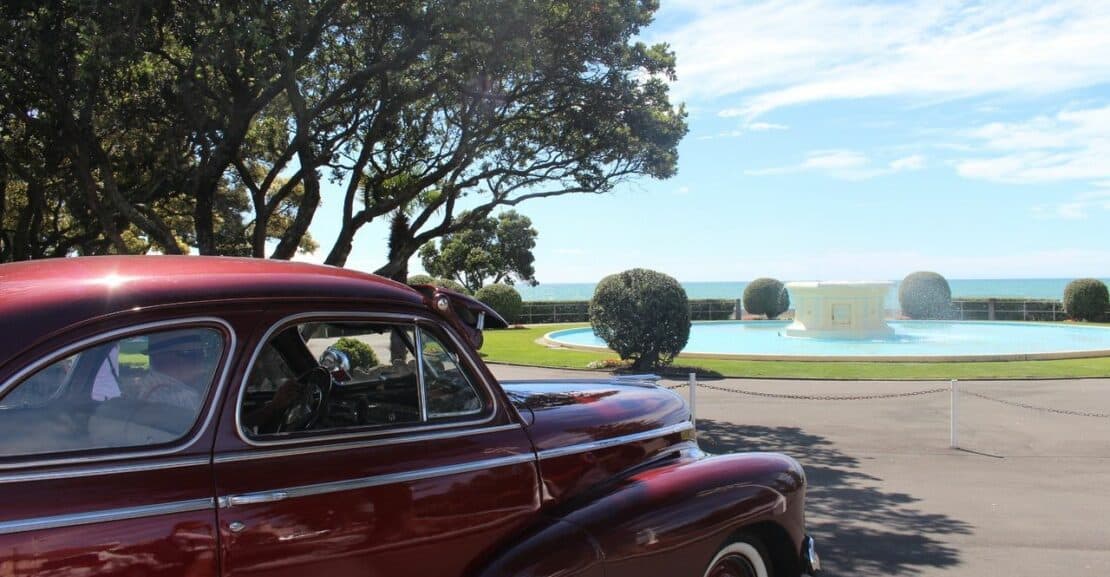 We all want to save fuel.

It’s good for the environment. It’s good for our wallet. For many drivers, the conclusions seems obvious: Switch from an old car to a new(er) one. Over the past decades, engines have improved, car materials have become lighter and various new technologies, such as the turbo charger, have made automobiles greener.

Clearly, newer cars are the right choice if you want to make a statement.

Only, things are not that clear-cut.

In this article, we’ll answer a question which comes up again and again: How much will I save in fuel costs if I make the transition from my old, used car to a brand new model?

The answer may surprise you. More than that, it may even confuse you. But worry not – we’ll give you all the information you need to take an informed decision. We’ll even help you develop a full strategy plan to get the most mileage out of your four wheeled friend.

Read to save gas and money?

In terms of money, fuel isn’t as big of a deal as you’d expect.

Fuel is one of the biggest recurring costs for a car. On average, we spend £1,042 a year on petrol in the UK. Admittedly, that’s quite a sizeable sum.  So it really does make sense to try and bring this down any way you can.

On the other hand, how does this sum compare to the other recurring costs for driving your vehicle? Car insurance, as one example, amounts to an average of £417. You might say that this is well below petrol costs. Regional differences are enormous, however. In some parts of London, that average rises to well over £800 – while petrol costs will typically be lower.

If you’re in London, therefore, you can save just about as much from finding a better insurance premium than bringing your fuel consumption down.

If you shave 20% off petrol costs by buying a new car, you can save roughly £200 per year. That’s just over £15 each month, which isn’t exactly spectacular.

If we look at all costs that accumulate each year, we end up at £5744.40, according to Nerdwallet. So petrol expenses are a mere 20% of that. (This includes insurance) That figure seems a bit flawed, to be honest. But one thing’s for sure: Petrol costs are just one major expense among many. 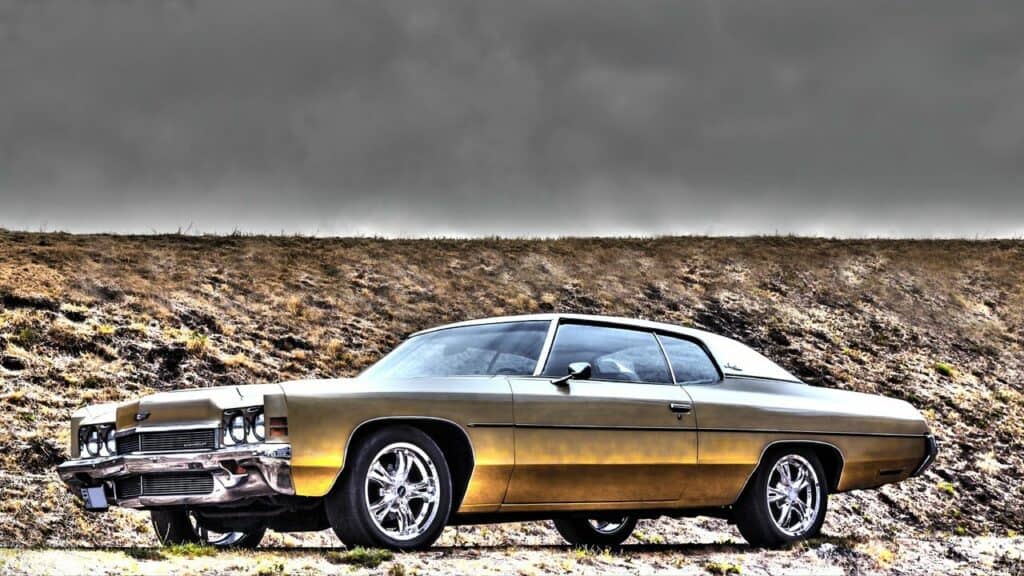 Historically speaking, cars are not getting more economical.

Here’s another astounding fact: For the first 100 years or so, cars did not get more economical – they got less so!

Ecology website Waste Advantage has sketched this path in an enlightening article. The Ford T, it recounts, had a fuel consumption of 21 miles per gallon. This translates to 11l / 100 kilometres. Hardly a green car. But then again, we’re talking about the very first mass produced car in history! As a point of departure, the Ford T was impressive. And you would have expected subsequent models to improve on its achievements.

Curiously, that’s not what happened. On the contrary, average mileage dropped over the next decades, considerably so even. By 1935, it had fallen to 14 mpg. At the beginning of the 70s, it hit bottom at 12 mpg or just under 20l/100km.

This is when the oil embargo shook the Western world and forced us to rethink our petrol usage.

But before we get to that, we first need to address that nagging question: Why were cars getting worse rather than better?

For drivers back then, they weren’t.

Up until the 60s and 70s, ecological considerations really weren’t on anybody’s mind. The effects of CO2 were largely unknown, the impact of petrol’s noxious substances a mere guess. The public at large certainly did not concern themselves with the topic at large.

What’s more, petrol was cheap. Pretty cheap in Europe and the UK. And pretty incredibly cheap in the USA. The political decree of affordable petrol, in fact, was untouchable. Cheap petrol made long distance trips possible. It was part of a romantic feeling of exploration and discovery. It simply did not make sense for manufacturers to suggest otherwise. In fact, consumers would most likely have ridiculed them for even trying.

And so, car manufacturers optimised other aspects: Speed, power, design, space. Cars got bigger, both on the inside and on the outside. They got heavier, partly because of increased size, partly because heavy materials (correctly, to a degree) suggested higher quality. They also became increasingly rust-free.

But petrol consumption suffered in comparison. So when the oil crisis hit the West, it came not just as a shock. It came as a full-on blow. 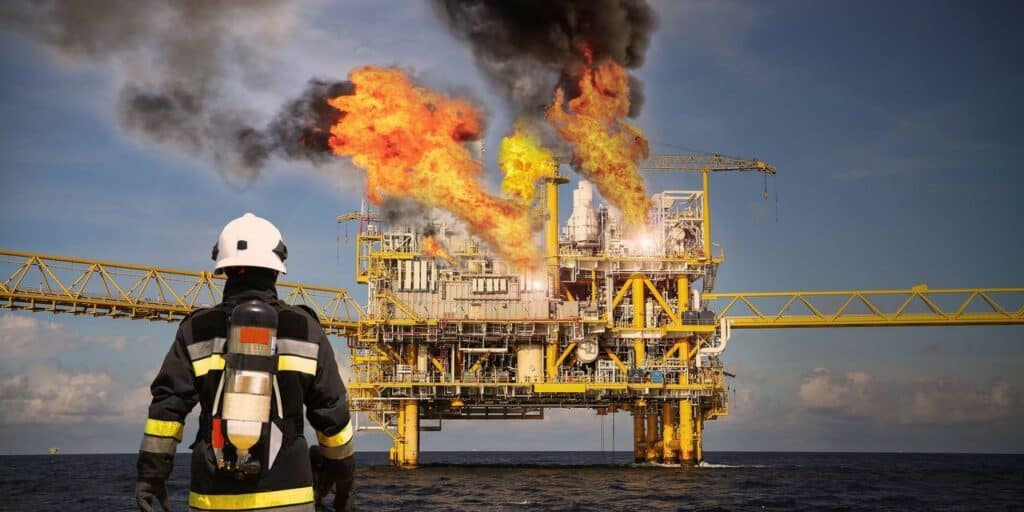 During the oil crisis, Arab oil producing countries limited the supply of oil to the USA specifically and the West in general. They also raised prices considerably. These increases were not temporary. They would remain in place for a very long time. This put Western economies under pressure, forcing politicians, managers and individuals to rethink their approach to driving.

Suddenly, fuel consumption became very much an issue. To speed up the process of transformation, governments forced manufacturers to keep consumption below certain levels. These legislations had an immediate effect. However, we will never know the full extent. As we now know, most data provided by the manufacturers was mostly theoretical and never applied to the actual, real-live driving situation. It would take decades before governments agreed on more realistic tests.

Believe it or not, most cars today still don’t perform much better than their counterparts from the early 80s. Or, to be more precise, they do perform better. Just not as much as you’d think.

The first Golf was introduced to the market in 1977. This was in the aftermath of the oil crisis and manufacturers were still trying to cope with the situation. Very soon, most models improved significantly.

In a fascinating infografic, the PEW Environment Group has shed light on the development of fuel efficiency. In the mid to late 70s, fuel efficiency was at the aforementioned bottom of 12 mpg. Then, slowly, it improved. By the mid 80s, it had already passed the 25 mpg mark, a doubling in efficiency. Around the 1990s, it hit a new peak of just under 30mpg. Then, for 15 years, nothing happened. Only in the past decade have numbers picked up again.

So, just about any car produced later than 1990 and before 2007 will have pretty much the same consumption.

The short and simple answer: Cars are getting bigger. Take the Mini, for example. The first generation of this car truly deserved its name. Today, the Mini is a spacious and fun automobile which feels more like a small coupé than a smart car.

Cars are also getting heavier. This sounds absurd, considering the staggering progress we have made in terms of materials. However, these undeniable gains are mostly offset by safety technologies, which add plenty of weight to the car. Other innovative technologies, which are advantageous in principle as well, further complicate the picture.

And there’s another important consideration:

In an article for edmunds.com, Philip Reed has explained this in easy to understand terms. He starts off with a very simple example:

“Imagine three cars lined up side by side. They all drive 100 miles. Since each car has a different fuel economy rating, they each burn different amounts of gas to travel that same distance.

The simple conclusion from this example is this: The biggest gain in efficiency occurs when you move from a true gas guzzler to a decent car with respectable efficiency numbers. But after that, all improvements will be in small increments.

The current Golf has a 40% better fuel efficiency than the very first one. But for the past two decades, it hasn’t made any significant progress.

Confused yet? We can relate. So here’s a summary of the most important points from this article – as well as an attempt at a strategy to get the most out of your car:

Age and technology are not the decisive factors when it comes to fuel consumption. Size and weight are. Also, you need to consider that buying a new car is ecologically problematic, since new cars take a lot of energy to build.

Which leads us to:

At Concept Car Credit, you will always be able to find a car that meets your needs, be they economic, ecological or personal. Call us now for a free personal quote at 0800 093 3385.