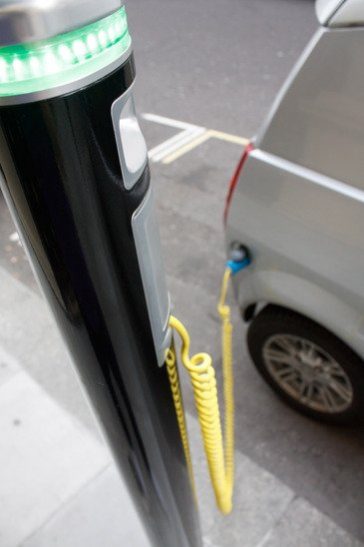 Until recently, the idea of a driverless car still seemed the stuff of science fiction. Increasingly, however, it appears to be turning into a reality. Technological advances over the past years, the allure of a sizable new market and political incentives have motivated manufacturers to invest into the concept and the results have been impressive. They suggest our inner cities might well turn fully driverless within a few decades. So will we at Concept Car Credit be offering driverless cars soon? The answer to that question is “not yet” – and in this article, we’ll show you why.

Driverless car projects have been on the agenda of most major car manufacturers for decades. And yet, it is only over the last five years that the project of a driverless city has really taken off. One of the key innovators behind this development has been American technology giant Google. Its driverless cars are already being test-driven across the USA and the results are anything to be scoffed at.

In fact, the experience of being chauffeured by one of the tiny, Smart-like cars, is almost too good to be true. Their safety record, despite a few occasional hick-ups which we’ll mention later on in this article, has also been reassuring rather than worrying. Obviously, Google cars are still accompanied by a qualified human observer to take control in case of an emergency. And yet, the mere fact alone that driverless cars are even allowed to mingle among human traffic, is proof to how far the once visionary concept of the driverless car has come.

It now seems as though the UK are now following suite and, after many years of lipservice, are putting their money where their mouth is. The Department for Business, Innovation and Skills (Bis) and the Department for Transport (DfT) have greenlit a £10m fund to be made available for driverless car research in the UK, a major step forward, which could potentially herald the breakthrough for the driverless car.

There are two reasons why the driverless car has advanced so quickly over the past years. Firstly, disruptive technologies like Uber or MyTaxi have demonstrated that many of those who currently travel by car would be willing to opt for alternatives as long as the price is reasonable. What’s more, a driverless car offers plenty of benefits for business travelers.

Instead of wasting hours on the road with paying attention to the traffic, after all, a driverless car makes your time productive, allowing those in the vehicle to take care of paperwork, discuss plans with their colleagues, call clients or even enjoy a meal. These advantages are so obviously convincing that luxury car manufacturer Mercedes has already presented a prototype of a high-end driverless car, which could easily compete with current business limousines.

Secondly, the driverless car fits perfectly into the current trend towards more ecology-friendly transportation solutions, increased safety and convenience. Driverless cars are programmed to follow road rules, take the ideal route and drive as fuel-efficiently as possible. As newspaper The Independent reports:

When combined with innovative transportation solutions, as pioneered in a country like Singapore, for example, which only has a car ownership rate of 12% thanks to a combination of outstanding public transportation and car pooling, the driverless car bring down the pollution levels of inner cities significantly, free up traffic-clogged roads and provide for cleaner air especially in the centers, while simultaneously making the commute to work a lot more agreeable.

With all of these benefits to the driverless car, where’s the catch?

The possibly biggest obstacle facing the driverless car today is a surprising one: It may be too safe! When testing the google car, almost all potentially hazardous situations occurred when the driverless car strictly followed the rules, while human drivers did not, resulting in (minor) accidents.

Over the years and through experience, human drivers develop a set of expectations, which guide their approach to driving and may sometimes cause them to take decisions not strictly speaking in accordance with rules. They may also make use of eye contact with other drivers in critical situations to establish a rapport to arrive at safe decisions in a dangerous environment. All of these are factors outside of the reach of a driverless car. The New York Times mentioned an example, where the adherence to regulations all but disabled the driverless car’s usefulness: “One Google car, in a test in 2009, couldn’t get through a four-way stop because its sensors kept waiting for other (human) drivers to stop completely and let it go. The human drivers kept inching forward, looking for the advantage — paralyzing Google’s robot.”

Clearly, these issues are not related to driverless cars themselves. Rather, they are the logical result of having both robot cars and human drivers on the road at the same time. As long as driverless cars are still a minority, however, they will remain problematic and require new technological advances. This may slow down their advance and keep regular car manufacturers in business for quite some time.

When does fiction turn into science?

Legal issues are another source of worry – who is to blame, if a driverless car hits a pedestrian, for example, or runs into another car? And in how far will the loss of jobs in the traditional car industry, including cab drivers, be compensated by the creation of new jobs in the field of new technologies? Assuming these problems can be overcome, meanwhile, the road towards the driverless car seems to be wide open.

This said, of course, you needn’t expect to see all too many of them on the streets anytime soon. With costs for the technology still sky-high, the driverless car is still very much science fiction, rather than reality. And there are still plenty of great ‘regular’ cars to chose from. Just visit our Manchester showroom to find out for yourself.