Don’t get a nearly new car! Here’s why … 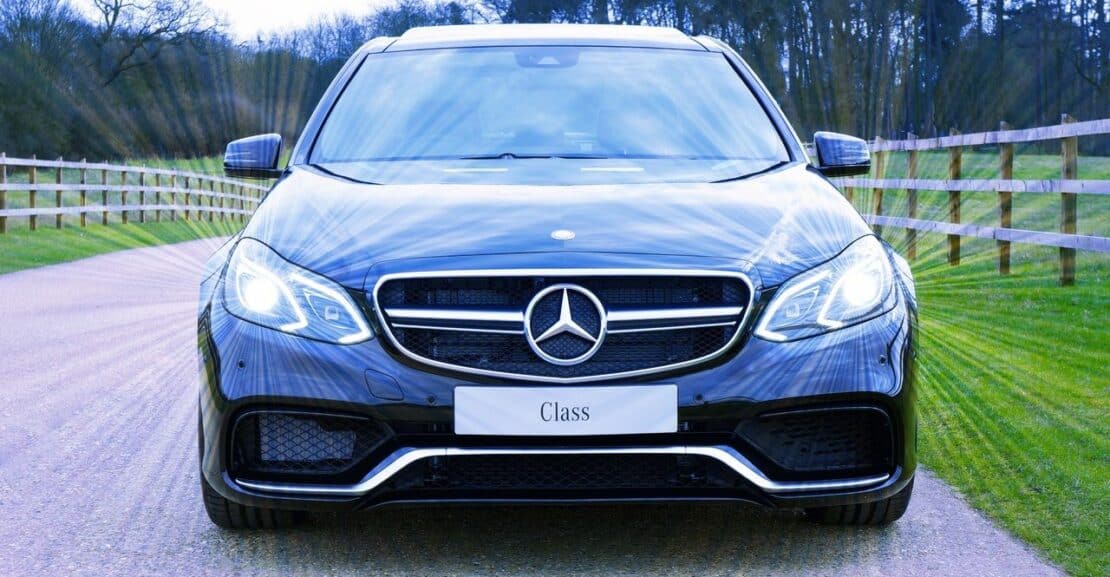 Sometimes, as good as new just isn’t good (or new) enough. Take a child’s safety seat – would you trust it to protect your loved ones? Or a medical device like a pacemaker … there’s a market for used ones, but who honestly wants to buy one, unless you really don’t have the money to afford a new one?

When it comes to cars, however, nearly-new can seem very attractive indeed: Buy a one year young vehicle at a much reduced price? And with most of the warranty still intact? That does sound pretty great indeed.

So why aren’t we all driving around in nearly-new cars?

Well, for one, they’re not quite as readily available. Sometimes dealers don’t even advertise them at all, so you actually need to ask for them. And then, nearly-new cars aren’t perfect. As we’ll show you in this expansive special, they, just like anything else, have their pros and cons, too.

Should you get a nearly new car? That’s the question we’ll answer here. We’ll show you the types of nearly-new cars which are available and their advantages and disadvantages. We’ll compare regular used cars with nearly new cars and explain how to approach the selection process. Finally, we’ll go into a few important points in case you have decided that nearly-new is the way to go for you.

In the end, this knowledge will help you save money and find the car that’s right for you. Sounds good? Then let’s begin.

A short summary in case you’re in a hurry …

There are three types of nearly-new cars:

All of these cars have their benefits and disadvantages. Generally speaking, nearly-new cars offer spectacular quality at a much lower price. Pre-regs and ex-demonstrators will still have most of the warranty intact, too. On the downside, you will usually not have a lot of choice in terms of the specific model and financing options will usually be (a lot) worse. 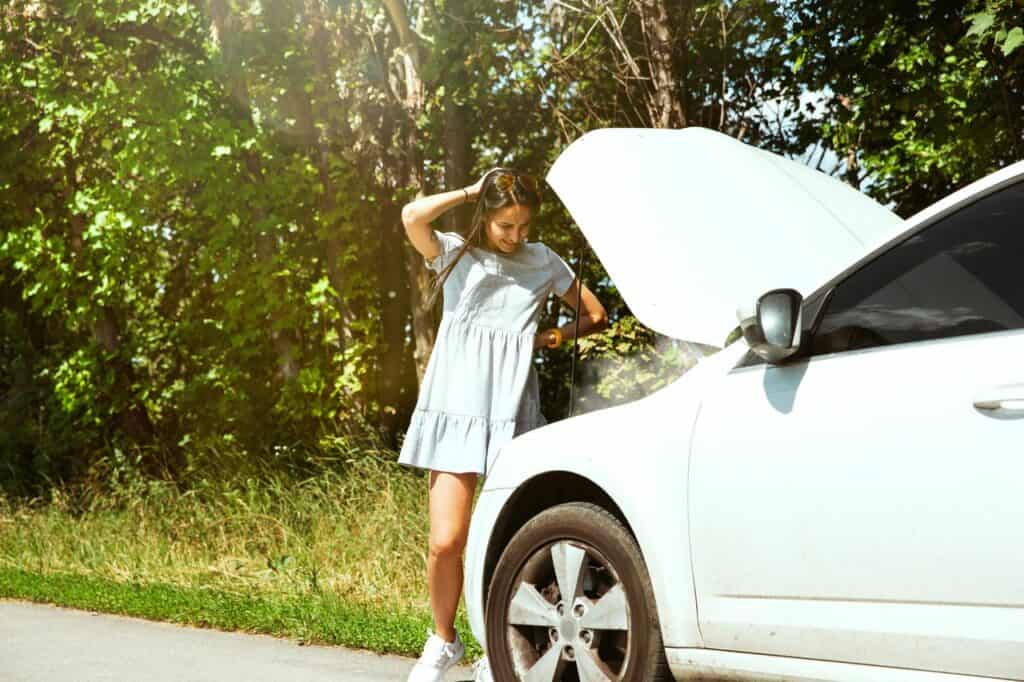 There is also the danger of hidden issues with these cars.

That’s something they definitely share with regular used cars. But it’s something you probably won’t have to worry about with a new one.

Nearly new cars are unlikely to give you that new car feeling.

A regular used car can offer almost the same quality at an even steeper discount, with more choice in terms of model and trim level and better financing options – but less warranty protection.

As always, it all depends on your preferences. Read on for a deeper understanding of the all-important details.

If you see an offer for a nearly-new car, it will usually be a pre-registered model. The intriguing thing about this is that pre-registered cars are actually quite a bizarre concept.

When a dealer buys a contingency of new vehicles from a manufacturer, they’ll often know in advance that they won’t be able to shift those numbers at the regular price. In other words, the dealership buys more than it can actually sell. It then buys a few of those cars themselves and puts the name of the dealer in the registration form. So now, the car belongs to them, although they’ll never ever drive it.

Why would they do that?

Because they’ll get a commission for each vehicle sold, which is so substantial that it exceeds even extremely steep discounts. Once the dealer receives that commision – usually at the end of the quarter or the end of the year – they’ll then sell the car at a discount. In the end, they’ll still have made a healthy profit.

The benefits and downsides of pre-registered cars

This means that a pre-registered car is, somewhat paradoxically, a new car that’s up to a year old. It may even still have that new car smell. The odometer will be almost at 0 and there are no hidden issues from a previous driver. And yet, the price you’ll pay for them is a lot lower than a new car. If you can save the depreciation that so badly affects factory new automobiles, you’ll have made a great deal.

At the same time, these deals aren’t perfect:

If you can live with these imperfections, meanwhile, nearly new cars are still pretty interesting nonetheless. 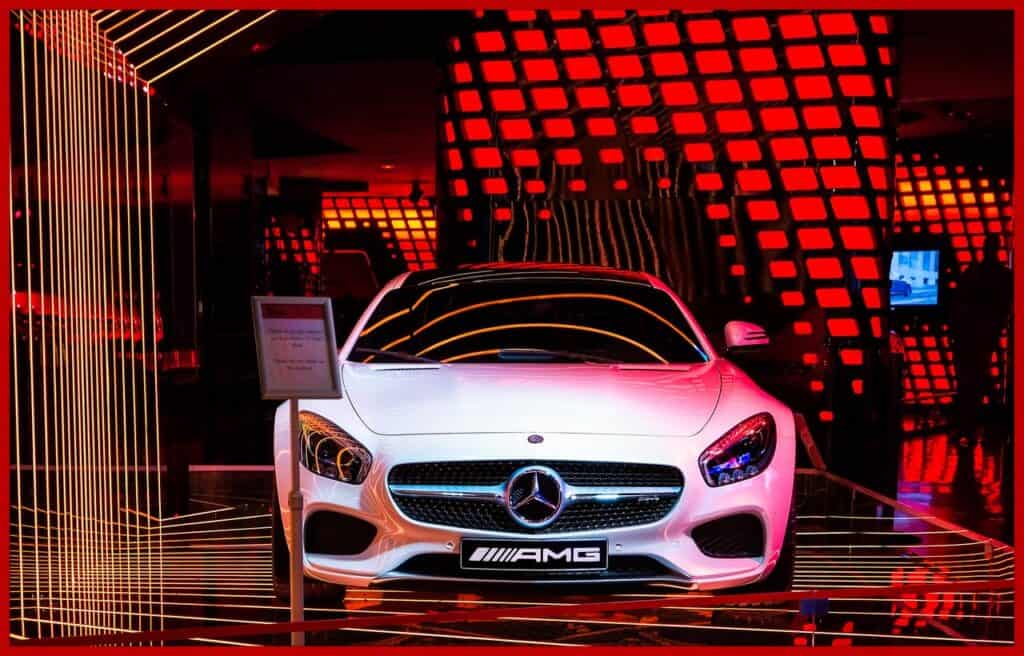 The benefits and downsides of ex-demonstrator cars

April 12th 2021 was an important date for dealerships in the UK. It was the day that showrooms were allowed to open again. Within a few weeks, the dire predictions for the year were completely turned around, as drivers rushed to dealers to buy cars all around the country.

This shows just how important physical contact with cars still is in the Internet age – as well as the importance of test drives. To be able to grant potential customers a hands-on impression of a model, dealers will set aside one of their cars as a demonstration vehicle. After a certain amount of miles, usually somewhere well below 10,000 miles, they will take them out of use and offer them to the public.

Ex-demonstration cars are, in some respects, the exact opposite of pre-registration automobiles: They are usually younger, will have better extras (since dealers want to show you the best possible version of the car) and still have most of their warranty intact. On the other hand, they’ll have a fair amount of miles on the odometer from a wide range of drivers – not all of which will have treated the vehicle with equal respect.

Ex-demonstration cars will no longer have the new smell on them. They also carry the risk of no longer being perfect. There may be hidden issues due to the way they’ve been handled by previous drivers.

Then again, as you can imagine, dealerships are very invested in these ex-demo models being as perfect as they can be. After all, potential buyers base their decisions on them! So it seems highly unlikely that there will be any serious issues with them.

Since the mileage on the odometer tends to be higher and because most drivers will consider ex-demos to be less attractive than pre-regs, they are usually cheaper. They are also very likely the better choice. So if you’re looking for a deal, this is an area where you may just find one!

Ex-fleet and -rental cars are a third category of nearly new cars, which isn’t always mentioned in this context. More precisely, you could argue we shouldn’t even mention them here.

When large enterprises buy cars for their employers, they will usually do this in bulk. This makes it

Owners typically return these cars to the dealer around the three year mark. Which makes them considerably older than the two categories we discussed before. At the same time, they are still considerably younger than the average used car in the UK and will for all intents and purposes feel as good as new nonetheless.

Further Reading:
Ex-fleet vehicles & Ex-Rentals: Are they the deal you’ve been waiting for? 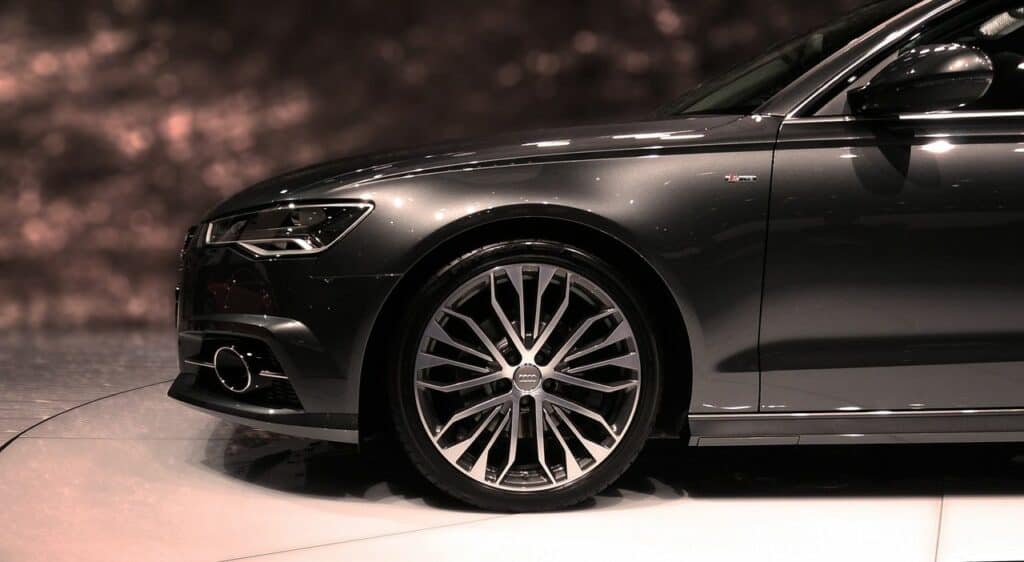 The benefits and downsides of ex-fleet and -rental cars:

There is a difference between ex-fleet and -rental cars, which we’ve explained in detail in our expansive feature of these types of cars. In general, you can assume that ex-fleet cars are the better choice and can offer you a sweet deal if you can find them.

Ex-fleet cars have the big advantage that owners will typically service them on schedule – something which also applies to ex-rental models. Usually, they will also drive them responsibly. Employees want to avoid looking bad in front of their employer by treating their car badly. They may also have to occasionally pick up business contacts in them. So these cars will usually be in a pretty good condition.

What’s more, ex-fleet cars usually have a lot of highway miles. As any expert will tell you, these miles are a lot better for a car than inner-city-miles. Motors of ex-fleet cars will run smoothly most of the time, and their moving parts should be in great shape in general.

Ex-rentals, however, can be quite worn-down from ill use and aggressive driving. They also tend to suffer simply from the fact that too many different drivers have had their way with them. They are usually not that great a deal, either. We’d advise against them.

Nearly new cars have become increasingly popular. In fact, the entire used car market is moving away from very cheap old cars towards great-deal-nearly-new ones.

The case seems clear: Pay more, get more in return. A nearly new car is essentially a new car at a discount. It’s by definition the best option you could have.

It sounds perfectly reasonable. Still, we believe you should question that notion. 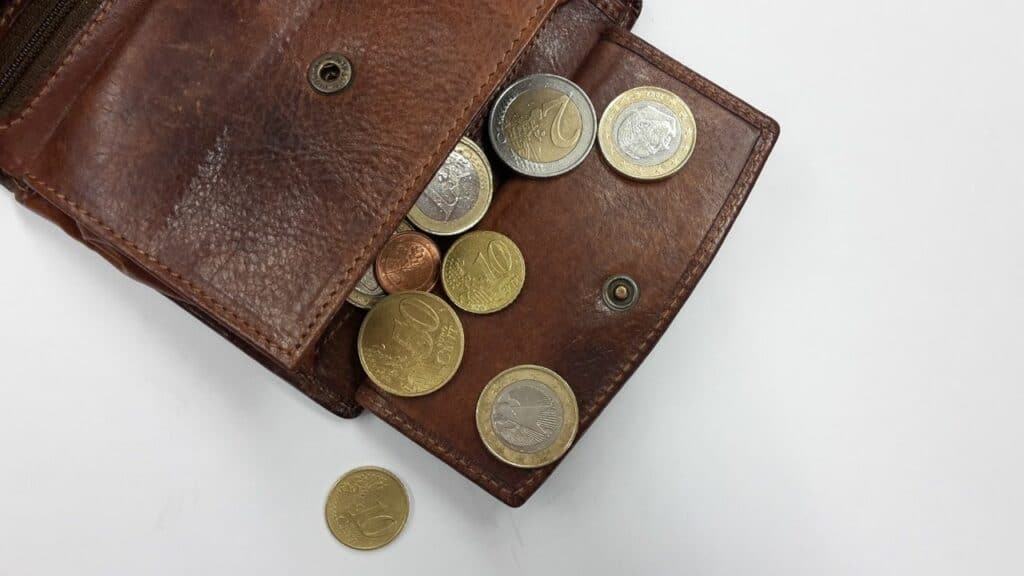 Say what you want, but nearly new cars aren’t cheap. They may be a good deal, yes. But at the end of the day, you’ll end up paying a lot more money than you usually would on a used car.

The thing about nearly used cars is that the price only seems as good as it does because it’s essentially a new car. In a way, these discounts are creating an adrenaline rush that is extremely hard to resist.

But if you’re entirely honest to yourself, you’ll often have to admit that you simply can’t afford these prices, as good as they may be. In the end, even a cheap nearly new car is closer in terms of costs to a new car than a used one.

Used is a relative term.

A few generations back, a used car was essentially a nearly undrivable pile of rust. You were lucky if you made it through the month with it. This is precisely why some people in the old days bought such a car for their next vacation and were perfectly satisfied if it merely got them there and back again.

Today, that has changed. Used cars can easily make 100,000-200,000 miles without any problems. In fact, some only start driving really well after you’ve driven them for a few tenthousand miles. Prior to a car hitting the ten year mark, you shouldn’t expect any serious malfunctions or repairs either. If you’re driving and treating them well, they’ll barely disappoint you.

Even the most unreliable cars built in the past five years are extremely reliable by any objective measure. The issues they’ll have are rarely worth mentioning. And the repairs don’t tend to be very expensive, with very few exceptions.

Warranties may have been an argument in favour of a new car in the past. Here, too, things are starting to change: Manufacturers are aware both of the selling power of warranties and the increased quality of their products. And so, warranty terms are edging upwards. Seven year warranties should soon become the new standard.

All in all, used cars still take the lead. Visit our digital showroom for a great selection of second hand cars for every budget and need.