Did Ford want the Mondeo to fail? 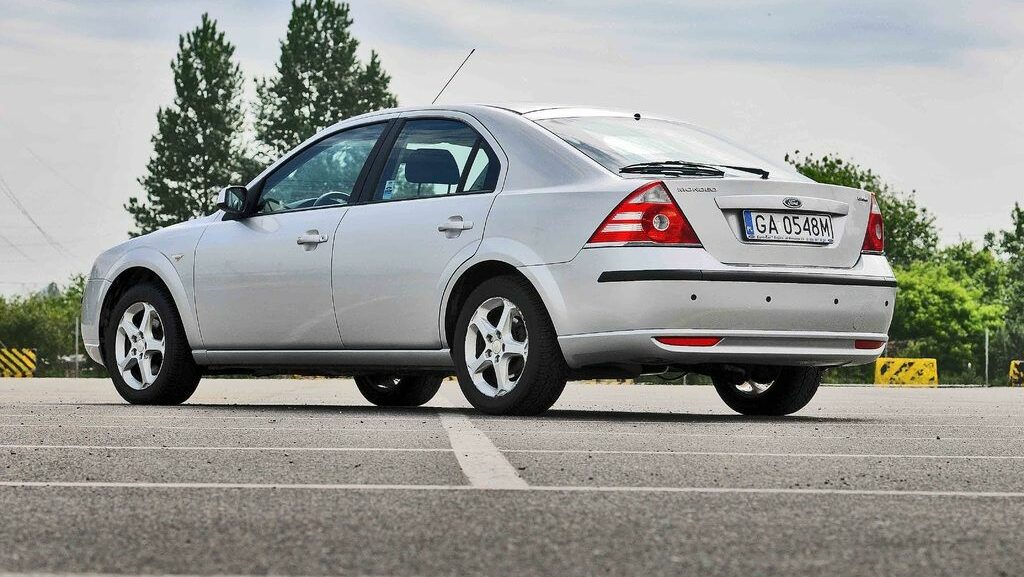 Nothing lasts forever. We all know this. And yet, this one sentence by Auto Express must have come as a shock to anyone with a love for cars:

“The Ford Mondeo as we know it is no more, as Ford has confirmed that the model has now ceased production in Europe.”

For years, the Mondeo was one of the UK’s and Europe’s most popular cars. Suddenly, it will all but disappear from showrooms overnight.

Even more iconic cars have eventually been phased out – take the Volkswagen Beatle, for example. Usually that has been for very good reasons. In the case of the Mondeo, however, a lingering suspicion remains:

Did Ford actually want the Mondeo to fail?

No doubt: Sales of the Mondeo were down.

As another UK car magazine, Auto Car reports, the reason for the end of the Mondeo were simple enough: No one wanted to buy it anymore:

The numbers don’t lie. Or do they?

The way of framing the argument this way seems to suggest the Mondeo’s demise has been steady and continuous.

That, however, is not how things actually played out.

Until the pandemic, the Mondeo was doing fine!

And yet, most models suffer a similar fate. Even the mighty Corolla experienced a similar drop in consumer affection in its native Japan at some point. And yet, this never once gave Toyota the idea of ending production.

In fact, in many respects, popular models become most profitable at a point when they are no longer selling in huge quantities. Deeper into a model’s life cycle, development costs are no longer as high and marketing costs can come down as well. People will buy these cars based on their reputation alone.

And besides, the article conveniently omits an important fact: 2015 and 2016 were still great years for the Mondeo. Almost as good, in fact, as 2001.

According to Autocar, this is the main reason for the Mondeo’s demise:

“It became ubiquitous, omnipresent, deeply mainstream. If you wanted to stand out like you did with your clothes, your makeup, your jewellery, your tattoo, the Mondeo wasn’t for you.”

It does make sense, in a way: Once a car reaches a certain level of mainstream awareness, it risks becoming a victim of its own success. It’s a bit like buying a nice sweater and then seeing everyone else wear it the moment you leave the store – it suggests you’re not special, that you have an average taste.

The thing is: This has never been how things work with cars. If the claim were really true, then the Fiesta would have gone into decline far earlier. It, too, after all, experienced incredible success and was the UK’s best selling car for a very long time. And yet, it remained in demand until the pandemic struck.

Which brings us to the actual issue:

The pandemic hit Ford even harder than other manufacturers.

All car makers suffered horribly due to Covid. But few suffered as badly as Ford.

Even the Fiesta lost its long-held number one position in the UK sales chart. Not just that: it even dropped outside the top 10!

The main reason why Ford did so much worse than anyone else has to do with supply issues. At first, faced with an uncertain future, no one wanted to buy anything as expensive as a car anymore. But once sanctions had finally been lifted, people were actually eager to finally lay their hands on a new automobile again.

And it’s not that drivers did not want to buy Ford anymore. They did. It’s that Ford couldn’t keep up with the demand!

It’s very unlikely that the Mondeo was any different in this regard. With all likelihood, sales would have picked up again just like they will pick up for the Fiesta eventually.

So why did Ford really decide to stop production of the Mondeo?

We can, of course, only speculate. But it’s not unlikely that the pandemic happened to coincide with longer-term plans by the Detroit car make to gradually phase out its former poster-boy model.

It is a well-known fact that, in its American home market, Ford has already switched entirely to SUVs and heavier vehicles. That, in itself, is a monumental transformation for a company which essentially shaped our image of the automobile.

Think about it: The company who invented the modern car is no longer making “cars” in the traditional sense.

Although Europe works differently, here, too, SUVs are taking over. Small city cars like the Fiesta are the sole exception and the Mondeo was always the odd one out for the brand’s 21st century profile.

Which is why it is possible that the bad pandemic sales number gave Ford an excellent reason to end production this quickly, rather than drawing the end out for a few more years.

The Mondeo will remain in production in a few countries, most importantly China. That’s also where production will shift to.

Just as an aside: In China, the pandemic hit Mondeo sales hard, too – but that did not lead to a production stop.

In the UK, there will be no more new Mondeos.

But if you still think that this is a great car – which we do, too! – then used Mondeos are a great choice. In fact, with the car now shifting a little from public awareness, it may actually become more attractive (if not more expensive) again.

We usually have Mondeos in great condition in our sales room at all times. Just take a look – either here on the site or drop by our Manchester showroom in person.