Dealers are allowed to sell you damaged and written-off cars! What can you do about it?

Concept Car Credit > Our Blog > Car Blog > Dealers are allowed to sell you damaged and written-off cars! What can you do about it? 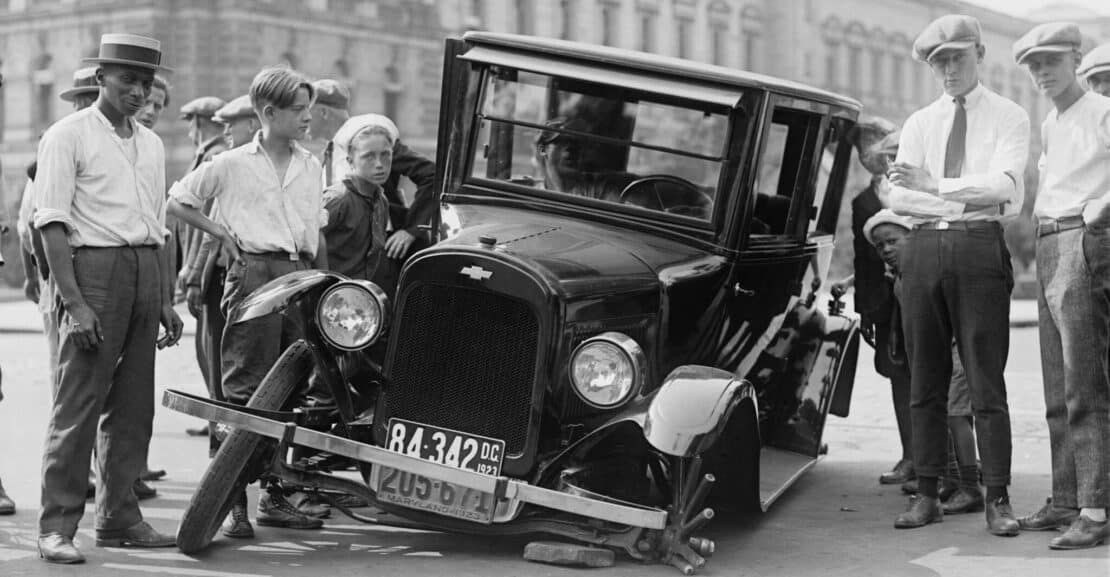 Here’s something you won’t believe: Car dealers are allowed to – legally! – sell you:

Scrupulous dealers have even taken things one step further. They’re selling their customers cars which are clearly unfit for use. Needless to say, they’re not revealing any of this ahead of the sale.

But, you’ll argue, surely this happens just once in a million sales?

Unfortunately, that is not the case. In fact:

The cases keep piling up!

Here’s an overview of recent issues, as reported by different newspapers and online media:

It’s not a new issue, either. A quick online search will reveal plenty of cases over the past few years. Take this particularly extreme case from 2019: A dealer sold the same dangerous and unfit vehicle multiple times to several customers! He merely painted over structural damages to conceal them.

Isn’t it illegal to do this?

In all of these cases, the answer to that question is a pretty clear “yes”. No one is allowed to sell automobiles which pose a threat to the driver and other traffic participants.

That said, you’d be surprised about what is possible.

Over the next chapters of this article, we’ll walk you through all the different scenarios that can occur, some of which sound quite shocking. And yet, at the moment, they’re perfectly legal and will not lead to any consequences for the dealer or manufacturer.

New cars are damaged all the time!

We know – you’re probably not looking for a new car anyway. And at their current price level, that’s probably for the better.

That said, it’s quite astounding to find out that “new” doesn’t always mean “pristine”.

Simply put, many factory-new vehicles get damaged on their way to the customer. This can happen during transportation from the factory to the dealership. Or it can occur on the lot. In both situations, there tend to be many vehicles which need to be moved under time pressure in a tight space. It is actually entirely self-evident that something’s got to give.

What is far less obvious, however, is what happens next.

Damaged cars can be sold as new.

Let’s say one of the drivers responsible for bringing the car to the dealership damages it on the way. This could be something as small as a tiny dent in one of the doors. Or it could be several severe scratches.

Clearly, neither would be acceptable for a customer who’s paid full price. So what happens next?

We’ll get to that in a second. But why don’t we tell you what does not happen first:

No, instead, the manufacturer takes it to a garage to be fixed and then sold at the original purchase price.

“Car manufacturers all have designated repair centres near their holding facilities just for new cars to be repaired and repainted because of damage in transit.”

Do dealers have to let you know about this?

It seems to be a bit of a grey area, this one.

What constitutes new, after all? After leaving the repair centre, that damaged car is, strictly speaking, still in a new state. It may even be in better shape than most other models, since at least one more mechanic has taken a close look at it. That can actually be a great thing: If he finds any other defects, he can take care of these straight away as well.

You could also ask yourself: Would you rather want to wait several more weeks – or even months in the current situation – to get a car that’s “perfect”?

At the same time, it goes without saying that there’s a limit. If a damage is no longer “minor” and “structural” in nature, it no longer seems okay to leave you, as the buyer, in the dark about this.

As mentioned, it’s a grey area. And, as Car Expert rightly assumes, “the reality seems to be that it doesn’t even enter most buyers’ thoughts that their brand new car may have been damaged so they don’t think to ask about it.”

With used cars, things are even worse.

Which can come as no big surprise. After all, second hand vehicles are more prone to defects in the first place. You would expect a new car to be in pristine shape. With a used one, that is no longer the case.

Scrupulous dealers can get away with more, because it is harder to prove that there was a hidden defect they did not tell you about. They may argue that you could just as well have caused the defect yourself.

In many respects, you’re buying a second hand automobile “as is”. This comes with its unique risks by default. And these risks are multiplied once you take bad intent into the equation.

Let’s start with the most obvious case:

Damaged isn’t an issue per se.

As mentioned, you don’t expect a used car not to have any defects. Defects, in a way, are what make them financially attractive in the first place.

Some dealers will take great pride in refurbishing their used cars to make them feel as new. Others don’t and will sell the cars on in a more “rugged” condition. Sometimes, they will reflect this in the price of their cars. So, the more work dealers perform on their used models, the higher the quality. But also, the higher the cost.

When it comes to smaller damages, don’t expect the dealer to disclose these. Again, the law doesn’t oblige them to. Instead, make sure to check up on the car’s MOT results and possible repairs in the past.

And make sure to get these responses in writing.

Dangerous damages, however, are an issue.

Whenever the issue is of a structural nature, things get serious.

What does structural mean? Essentially, it relates to the stability of the car itself. A scratch may lead to rust later on, which is unsightly and problematic in its own way. But it won’t affect the way you drive or make your car less safe.

Some damages, however, are a lot more dangerous. Let’s return to the case of that car dealer who sold the same severely damaged car at least twice:

“The garage owner who raised the alarm stated that the Mazda was not only beyond mechanical repair, but that it was in the worst mechanical condition he had ever seen in a vehicle that had just passed its MOT test, let alone one that had no advisories.” An expert engineer “determined the vehicle to be dangerous and unroadworthy owing to the condition of the offside rear suspension components and the compromised structural integrity.”

It goes without saying that a car in this condition should never be sold to the public at large. Or to anyone else for that matter.

The term insurance write-off is bound to create confusion. It suggests the car is truly no longer worth anything and damaged beyond return.

That, however, is not actually the case!

Even with write-offs, there are differences in degree. There are, to be more precise, four categories:

It is easy to see that vehicles which tall into the first two categories are beyond repair. The latter two, though, aren’t. If you fix the structural (or electric) damage, they may be okay to use again.

How can you sell written-off again?

To avoid abuse, insurance companies handle the first part of the process. First, they need to establish that a car is truly a write-off. They also have to insure that cars falling into the first two categories never return to roads again.

You can sell cars from categories N and S again, however.

First, the insurance company would sell it to either the original owner or a dealer. These then need to take measures to make sure the car is not a danger to the driver and other traffic participants.

Cars that fall into category N may not even need repair. Their condition will obviously be pretty bad. So either can make for great bargains – but they do come with their downsides.

So are write-offs okay to sell or buy?

We’d put it this way: It depends.

In practise this means that you should be able to trace the car’s past through a vehicle check. Already knowing that a car has sustained severe damage can help you assess its current value a lot better. It may also give you some clues as to what to look for, exactly.

This is important because once you’ve put your money down, things get a whole lot more complicated. Proving that the dealer was at fault and hid important from you can take time and may not be successful even if you have a strong case.

So, what does all of this mean?

For one, it means that you should never take things at face value.

We’ve pointed out the importance of vehicle inspection lists and vehicle checks before. But we’ll gladly do it again: Make use of these to get a thorough picture of a car’s quality. In case of doubt, ask for an expert opinion – or walk away from the deal.

Secondly, only go with a dealer that you can trust.

The often heard suggestion to pay by credit card is not helpful, since very few dealers will accept credit card payment for something as expensive as a car. But trusted dealers will make sure you have all the information you need before taking the plunge. And they can assist you with issues even after the sale.

We inspect and check all of our used cars and make sure they feel and drive as good as new. We also offer you financial support if other credit institutions rejected you before.

Talk to us now to find a quality used car that you can trust to be safe.