Car Safety: The Ins and Outs 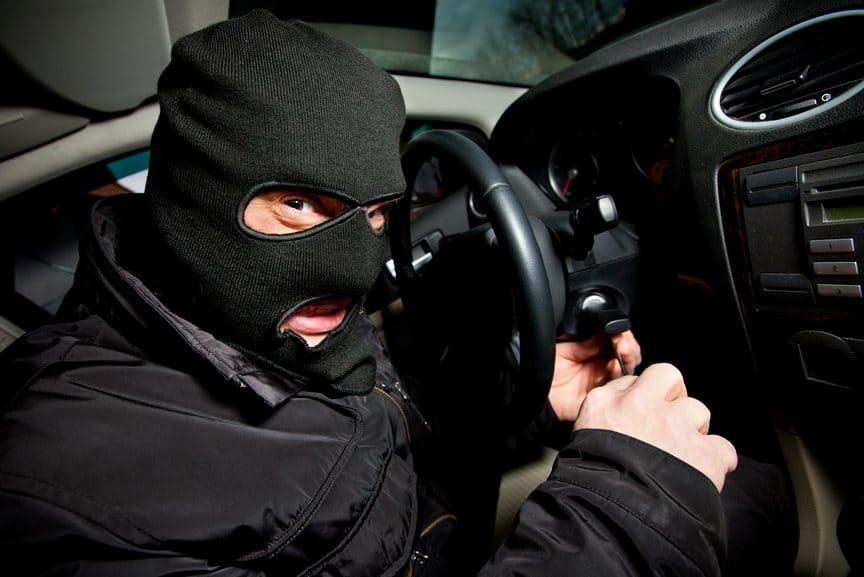 Cars have never been as safe as they are today. And they are quickly becoming even safer. Over the past few years, the pace of innovation has sped up, leading to a slew of fascinating improvements. And we’re not talking science fiction here. Instead, many of these discoveries have already been integrated into new models driving around the country. It looks like we’re entering a reassuringly secure new age in the long history of automobiles.

Part of this new drive for car safety can be attributed to the quest for self driving (‘autonomous’) vehicles. According to Jim Clifford, director of property and casualty loss prevention and safety programs for USAA: “Many of the groundbraking advances in the area of car safety have come from these efforts.”

In many respects, the focus has shifted.

The emphasis is no longer just on minimising the impact of an accident (even though this obviously does remain a priority). It is also on preventing one from happening in the first place or arranging help after it has occurred.

To provide you with a first glimpse of this brave new world of car safety, here are a few of the technological features that make today’s and tomorrow’s cars so particularly secure.

But first: The Basics

Interestingly enough, one of the most important developments in recent time has not been the push for new technologies but the perfecting of already existing ones. As great as some of the futuristic gadgets we’re about to show you may be – nothing beats the basics.

The structure of your car, for example, is probably still the number one factor deciding on its overall safety. Crumple zones have long become a standard, but new materials – flexible and rugged at the same time – have further improved stability even in case of a severe impact. According to the Australian New Car Assessment Program:

“In a vehicle with sound structural integrity, most of the crash energy is absorbed and dissipated through the vehicle itself, rather than its occupants. The passenger compartment will also keep its shape. The steering column, dash, roof pillars, pedals and floor panels will not move excessively, where they are more likely to injure the occupants. Doors will remain closed during the crash and will be able to be opened after the crash to assist quick rescue.”

Today’s belts, too, are little miracles in their own right. 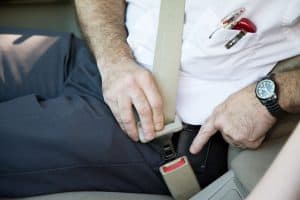 Not only do they tend to be adjustable, so that they fit a lot better, even if you’re very tall or small. They also come equipped with so-called seat belt pretensioners. These smart, almost unnoticeable devices reduce the amount of slack between the belt and your body as soon as they detect the car is braking. This significantly reduces chances of injury due to extreme body movements during a crash.

Energy management systems are an even more advanced version of these pretensioners. They will intelligently adjust the tension of seat belts during an accident, creating even less strain on your body.

Airbags used to be a luxury item. Today, they are generally included in the basic safety package. There is every reason to believe this is a smart move. Although air bags may be a hazard to children under 13 years or a certain height, they are widely believed to be beneficial in most cases. Especially in case of full frontal impacts, airbags can save lives. Some authorities reckon airbags have reduced the number of fatalities by 11%. That’s certainly nothing to sneeze at.

They can now be switched off on the passenger seat if a child is driving with you and you’re worried about her safety. There are now also airbags which protect you from impacts from the side, further minimising the chances of bodily harm even in a severe collision.

Finally, Anti-lock braking systems (ABS) have also become a standard feature of most cars. These control the braking process far more minutely and accurately than a human ever could. By pulsing the brakes up to several hundred times per second, they prevent them from locking and thereby protect the vehicle from skidding. Improvements in ABS technology are no longer revolutionary. Still, they have been at the heart of other, truly innovative developments, as we’ll see in a second.

Before we do, however, let’s turn our attention to one of the most popular new gadgets in the world of car safety. Thanks to sensitive sensors and cameras, cars can almost feel like they’re already driving themselves these days. They have certainly become a lot more sensitive.

Parking assistants based on forward (or backward) collision warning systems are probably the most obvious example of these innovative sensors and cameras. Although they can be helpful when trying to cram your car into a narrow space, tools to help you get out of it may have been even more important.

A so called rear cross traffic alert scans the sides of the car for approaching vehicles using sensors in the bumper. This is a great feature if your sight is blocked or limited, for example by another car parked right next to yours.

Once you’re on the road, the same sensors and cameras can also assist you while driving. Blind spot monitoring, for example, makes you aware of vehicles in the difficult to see rear corners (‘blind spots’) of your car – by lighting up the rear view mirrors.

These systems can be extremely useful, but they can also be nerve-wracking in some situations. So make sure to set them according to your preferences and needs.

Sensors and cameras are complemented by another smart car safety innovation: Automatic braking. In many ways, this is simply a logical continuation of the previous train of thought: If cars can already detect potential dangers which you are unable to see, why should they not initiate appropriate behaviour to prevent an accident?

And so, forward collision warning technologies, which measure the distance between your car and the one directly in front of you, can automatically initiate the braking process as soon as this distance drops below a certain safety range. They can also take corrective measures if your car risks deviating from its current lane too much. In both cases, they significantly assist in preventing collisions.

If current data is correct, around 50% of all accidents occur at night. It is quite surprising, then, that there are hardly any true innovations in the realm of car safety targeting better night vision. Adaptive headlights are thus one of the most promising developments.

One of their key target areas is taking turns. When you’re taking a turn at night, after all, the actual road ahead of you is never fully illuminated. Instead, regular lamps will highlight the side of the road and leave the far more important parts in the dark. Adaptive headlights correct this by sensing that your car is taking a turn and moving to reflect this change in direction.

Another significant contribution to car safety are headlights that adapt to the traffic situation. As we all know, using bright lights can greatly improve vision, but at the same time they can blind cars approaching from the opposite direction. Adaptive headlights can adapt to this by detecting other vehicles from a distance and adjusting the brightness or reducing the danger of a glare automatically.

As we mentioned before, ABS has played an important role in the development of new car safety technologies. Among the most important of these are ECS and TCS.

ECS stands for Electronic Stability Control and describes a highly advanced driving assistant. The system compares data from your driving decisions with the actual movements and reactions of the car. The underlying idea is to check whether the car is actually doing what you want it to do. As soon as there is a discrepancy, ECS can step in – either by sending you a warning signal or taking corrective measures by itself. As an example, Lifewire mentions that

“one of the primary circumstances where ECS can come in handy is cornering. If an ECS system detects either oversteer or understeer when a vehicle is taking a corner, it is typically capable of activating one or more brake calipers to correct the situation.”

TCS (Traction Control System), on the other hand, can be regarded as a reverse ABS. Whereas ABS sends extremely fast and precise pulses in case of a braking manoeuvre, TCS is capable of preventing individual wheels from loosing control when accelerating. TCS can either be integrated into existing ABS systems and work by pulsing the brakes, but it can also be a lot more advanced and “alter the fuel supply or cut off spark to one or more of the cylinders in the engine”.

The Future of Car Safety 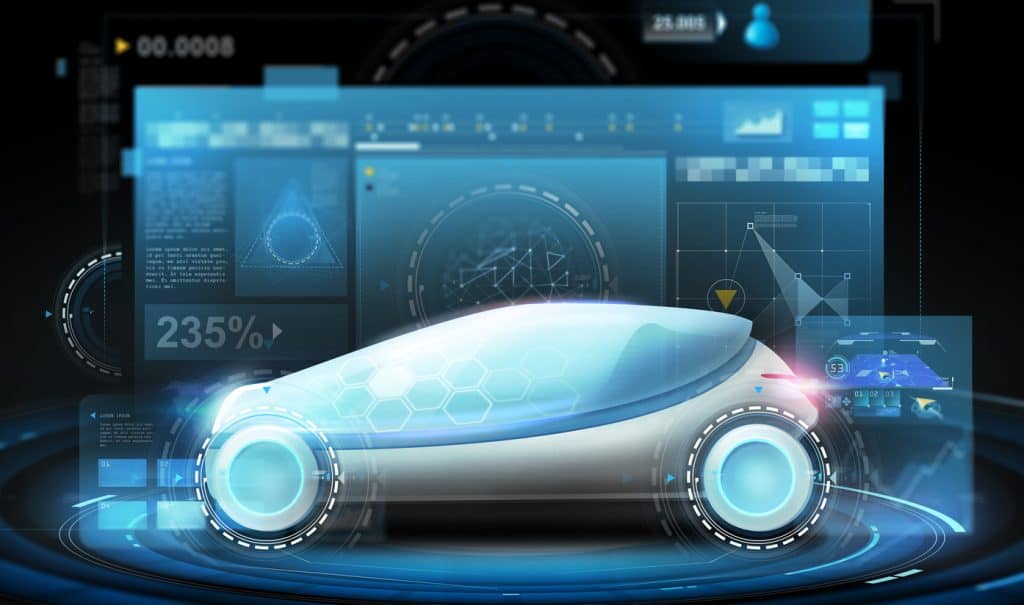 All of the above mentioned car safety features are currently available and come highly recommended. Other technologies are still in their infancy, but should probably become standard fare very soon.

One of them is night vision. As mentioned, almost half of all accidents happen at night, which makes the night time a rewarding focal point for innovation. Night vision systems are integrated screens which are attached to the front window. Using infrared light, they map out a large area of road ahead of you. Night vision systems can detect objects as far as 500 feet away from you, whereas most headlights can only cover a range of 180 feet. Although practical tests are as yet inconclusive, it should therefore seem obvious that night vision systems are definitely promising.

Another excellent recent development are Automated Collision Notifications. Even though all of the technologies we mentioned should significantly reduce your risk of an accident, they are as yet unable to rule one out entirely. Automated Collision Notifications are therefore a great idea. As soon as your car is involved in an accident, it sends a request for help to the nearest-by emergency service, who can then decide on the best possible next steps.

Finding the safest car for you

Now you’ve become an expert in car safety, the only thing to do is to decide which technologies are truly essential from your point of view and which cars offer them. One of the best options to search for the safest cars available is the site of Consumer Reports, which offers an excellent search function to investigate the safest models at your disposal.

Or, alternatively, you can head over to our Manchester Showroom and ask us for advice. We’d be more than happy to provide you with all the information you need to find the car that’s right for you. We’re already looking forward to your visit!