Car exhaust smoke colours: What Are They Telling You?

Concept Car Credit > Our Blog > Car Blog > Car exhaust smoke colours: What Are They Telling You? 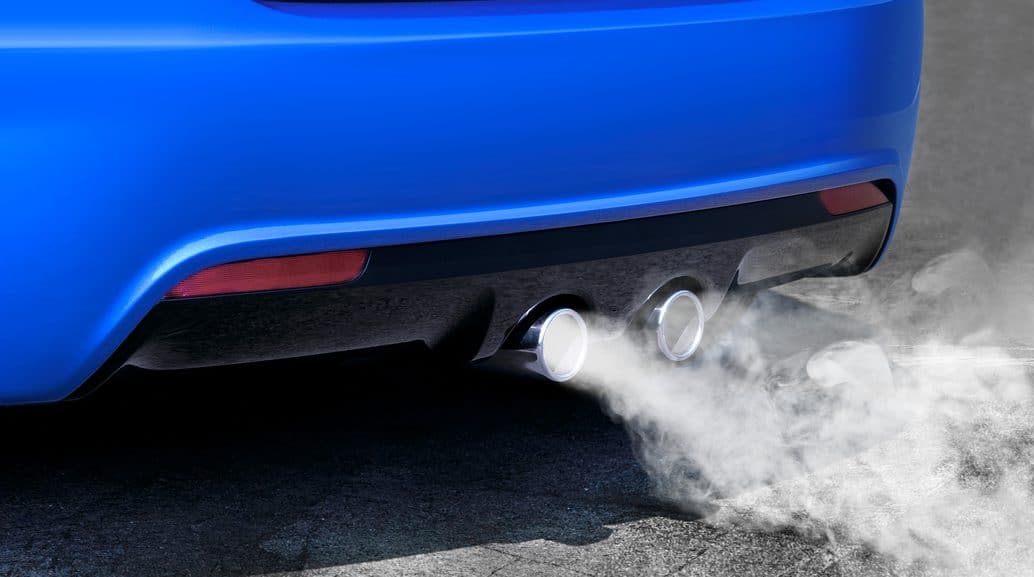 Your car is like a living organism. No, we’re not trying to sell you a New Age perspective on cars. Nor are we referring to the hippie philosophy of Robert M Pirsig’s Zen and the Art of Motorcycle Maintenance. What we mean is this:

You can tell what’s wrong with your car from observing the signals it is giving you.

Exhaust colours are a great example. Very few drivers actually pay attention to them at all. Mostly, this ‘merely’ contributes to premature ageing of the vehicle. In worse cases, however, it can be outright dangerous.

With the colour of your exhaust fumes, your car is trying to ‘tell’ you something. In this guide we’ll help you understand it better and take steps to improve its condition again.

Not all smoke is created equal

The exhaust of your car is its waste disposal system.

During the combustion process, energy is created, resulting in various side products. These can no longer be used in the vehicle and will thus have to be eliminated from the engine. Since most of these gases are invisible, ‘healthy’ car exhaust smoke should be translucent or just a tad white at most.

Any other colour – from a deeper white to pitch black – is a sign of other substances entering the energy creation process. And depending on what these substances are, the effects can range from merely problematic to outright catastrophic.

You can see black smoke coming from the exhaust pipe? Before you start panicking, try to remember: Did you recently have your car fixed?

As Auto Express explains, black exhaust smokes can be a serious issue. But they can also be a totally normal result of a repair.

During many repairs, engineers routinely fill the engine up with fresh oil. If this oil then floods the engine during the first kilometres, black smoke being the result. Your car is merely burning through the excess oil, resulting in a black colour of the exhaust fumes.

There is no reason to worry in this case. You should, however, pay close attention – if the issue persists, it is time to take your car to the repair shop.

Just like some visibly different exhaust colours need not be a problem per se, some more serious problems with your exhaust can remain invisible.

In cases like these, your ears are often the best sense organs to pick up on these:

Loud noises coming from a standard exhaust are usually an indication that there is a hole somewhere in the pipe. It is vital to treat this as quickly as possible. The same goes for rattling noises, which could mean that your exhaust is no longer firmly attached to the belly of your car. Thankfully, this latter situation can often easily be fixed by re-attaching the clamps or tightening a few screws.

A hissing noise is somewhat harder to detect. As Mercury Cars explains, this very particular sound can be caused by ‘rust and cracks along the seams of the pipes’ as a result of excessive wear and tear. It’s hard to detect the exact source of the problem, so taking the car to a mechanic is definitely advised. 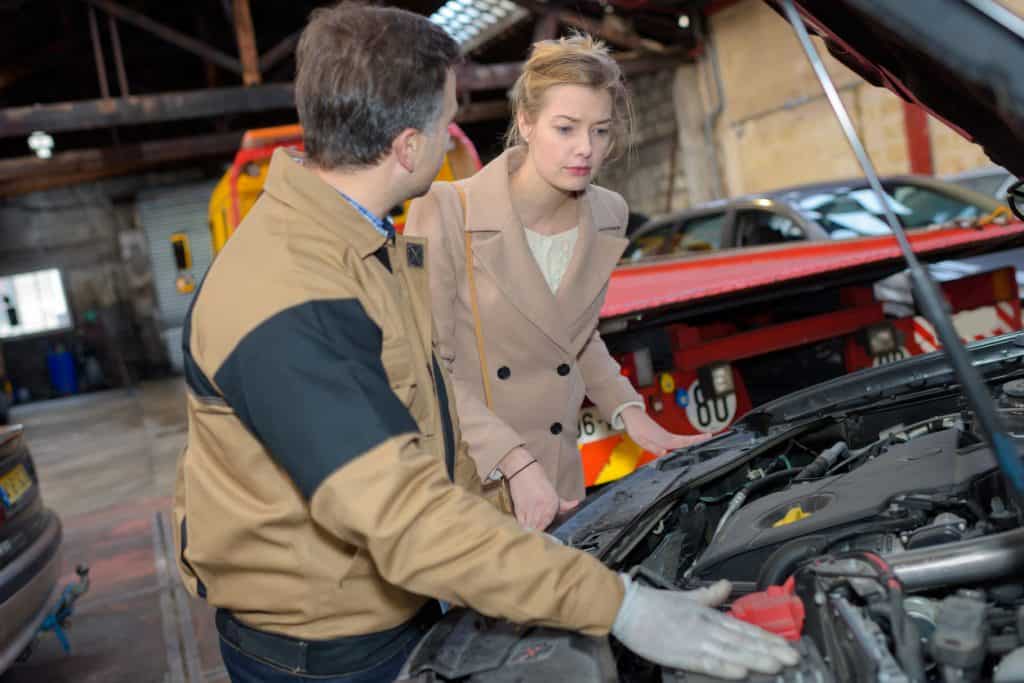 If you are certain you can see strangely coloured smoke coming from your exhaust, however, it is time to act. Before you rush in, though, ask yourself a few important questions first:

For how long is the smoke coming from the exhaust? A little bit of white smoke at the beginning of your journey can be quite normal, especially in the wintertime. Simply, when you start up your engine in the morning, it creates water vapour. This condensates and is then in turn transformed into steam. As long as the colour turns back to translucent after a few minutes, there is no reason to worry.

When is the smoke coming from the exhaust? To test this, subject the car to different driving situations. If the smoke occurs only if you speed up, this will indicate a different issue than if it persist all the time.

Finally, check what kind of smoke is emitted by the exhaust. Is it thick and plumy? Or very lightly shaded and not particularly voluminous? We can’t offer you a solution for each of these possible symptoms. But knowing about these differences can be helpful when taking the car to a mechanic.

As we’ve mentioned earlier, white smoke need not be an issue. If the smoke is thick, billowing and intensely white, however, and if its persists for the entire ride, this can be a sign of a serious problem.

According to cars direct, a coolant leak is frequently to blame for this. If so, you should also be able to detect a slightly sweet smell. With white smoke, it definitely pays off to be alert. Even small traces of coolant leaking into the system will become visible in the exhaust fume. So if you catch the problem early on, you can fix it before it becomes more serious.

Generally speaking, however, white smoke is the hardest of all four types of discolourations to pinpoint. If you want to be on the safe side, your best approach is to take it in for inspection as soon as possible.

Blue smoke is always a serious issue. The blue colour is typically the result of oil entering the system. Whereas white smoke may be accompanies by a sweet odour, blue smoke tends to smell burned – which fits the assumption that oil is being burned in excess.

Unless your car was recently taken in for repair, this is not a normal sign. A leak can be the cause of blue exhaust smoke, as can be worn valve seals, piston rings or turbochargers, as Auto Express points out.

If you detect the problem early on, you can try to see if special additives to your engine oil can make a difference. These are especially designed to improve the burning of oil and may remedy the situation. In most cases, however, a closer look at the source of the problem will be necessary.

According to procarmechanics.com, “the darker the smoke is the more serious the problems grows”. This is debatable. But one thing’s for sure: As soon as the exhaust smoke starts turning grey, alarm bells should be ringing.

Possible causes for grey exhaust include:

Because it’s so striking, black smoke is the most obvious sign that there is something wrong. And in most cases, it does give plenty of reasons to worry. The back colour points to an excessive burning of fuel in the engine. If you’re lucky, a broken or clogged up air filter is to blame. Since the air filter is fairly easy and inexpensive to replace, it is definitely worth a try to see if this resolves the issue. Things get more severe if fuel injectors are clogged, but to be absolutely certain about this, you will need to take your car for repair.

In a diesel car, there could be a different reason for the black smoke. Here, black fumes mean there are more particulates in the smoke than there should be. The cause of this is that there is more fuel than air in the engine and not all of it is being burned for energy. This is not a major reason for concern, but it does mean that your car is wasting petrol. You can expect your fuel consumption to go up accordingly.

Generally speaking, as Parksidemotors explains, “black smoke is usually the easiest issue to diagnose and fix, but burning unnecessary fuel will definitely affect your fuel economy, so don’t think of avoiding this one to save money, any delay will be very costly.”

Leave it to the experts 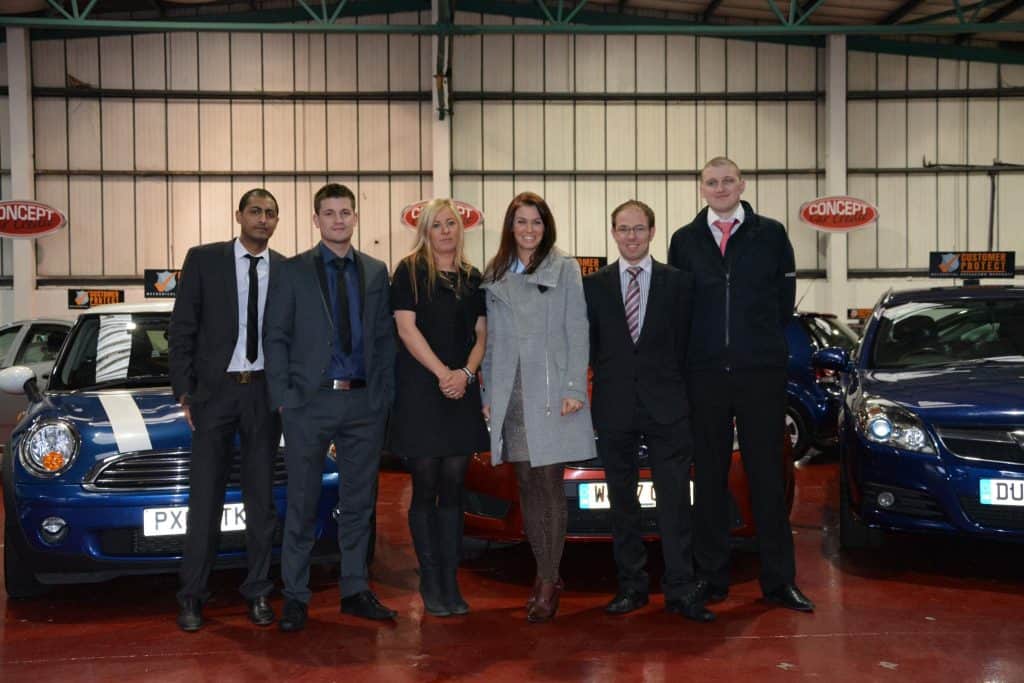 We’ve already explained one important reason why unusual exhaust smoke colours should probably be investigated by experts: The exact reasons for these colours are exceedingly hard to determine and will require inside knowledge.

But there’s more, as procarmechanics.com points out:

“Before you think about a do-it-yourself project that includes your car’s exhaust system, you need to think twice. The exhaust system alone sends out toxic emissions, including carbon monoxide. You can very easily be overwhelmed by the fumes. (…) Burning oil and gasoline also suggests that there are very hot leaks somewhere in the area of the engine. It is not out of the question to say that you could be badly burned by drops of hot oil or gasoline.”

In case of doubt, therefore, the best strategy is always to head for the mechanic as soon as you can. Weird exhaust fumes are always a sign of something bad. But the earlier you determine just how bad things are, the better your chances of averting a catastrophe.