Car Credit for the Unemployed – is it possible? 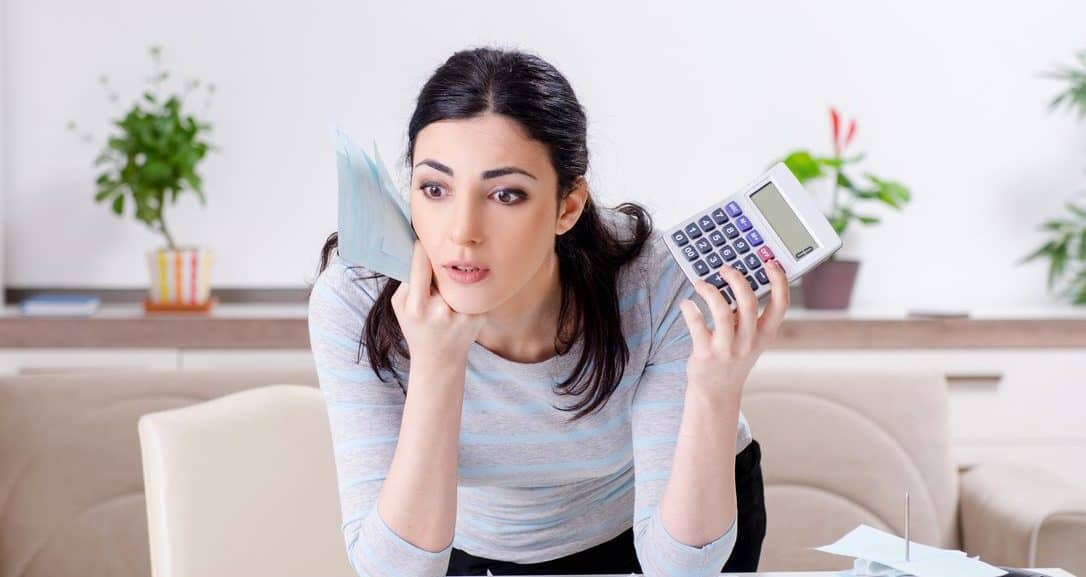 Can you get car credit if you’re unemployed? It’s a question we get quite a lot. It’s easy to see, why: Even if you’re not planning to buy something quite as expensive as a car, your chances of a loan are slim. Banks consider being on the dole as a major risk factor. To them, the idea of lending a considerable sum of money to someone with an uncertain future just doesn’t work.

Of course, as we are well aware, things are never that black and white. You’re usually not unemployed forever. And just because you don’t have a job doesn’t mean you’re in starvation mode. There are many shades of grey here, which too many bank managers fail to see.

We’ll explain why, exactly, getting car credit if you’re unemployed is so hard. We’ll explore some of the alternatives. And we’ll help you set up a strategy to find finance.

For us, being unemployed in itself has never been a reason to reject someone by default. Get in touch with us now using our online form to discuss the options we can offer you.

Be careful what you wish for … 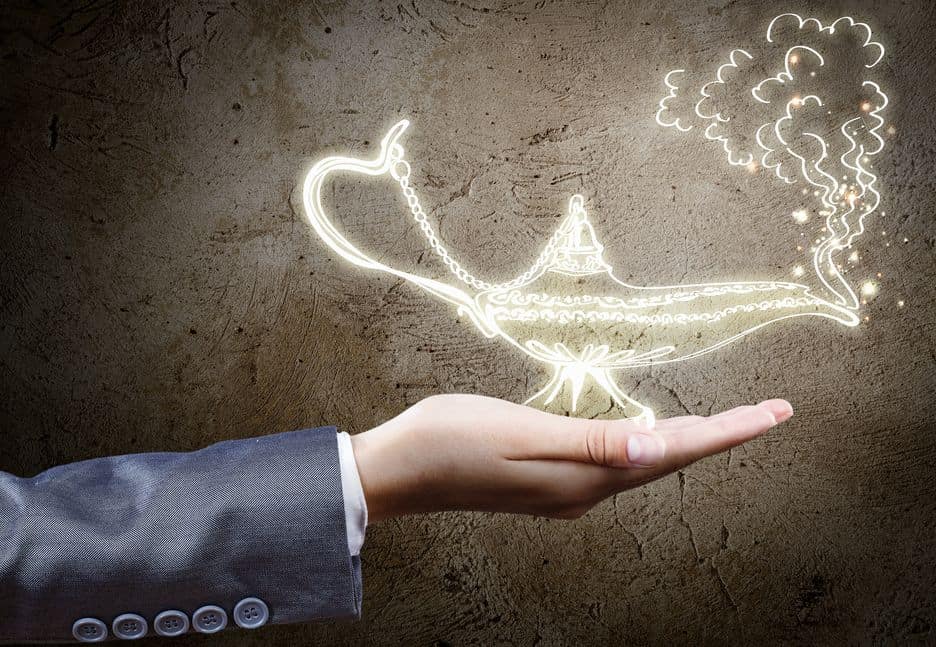 … you just may get it! According to recent reports, the main problem for the unemployed is not that they can not get car finance. It may well be that they can get it a little too easily.

Newspaper The Daily Mail conducted an experiment to investigate the lending policies of UK car dealers. They shopped around for car credit at 22 dealers, posing “as someone in their early 20s, either unemployed, on low earnings or having poor credit ratings”. Astoundingly, in 50% of the cases, they were offered a new car with no need for a deposit.

Now, we’ve always maintained that it’s unfair for finance institutions to reject car credit applications from unemployed customers without even looking at their credentials. But ignoring the risks of car finance for those without a job is not a good solution, either.

If you’re unemployed, you should be aware that a car credit comes with risks attached – mainly, the risk of defaulting on that loan. To steer clear of the consequences, you will need to come prepared and make some sacrifices. Getting a brand new car and burdening yourself with sky-high debt payments hardly seems the way to go.

Perhaps you should be asking yourself a different question.

Namely: Should you really be getting a car? It may not be a popular approach. But think about it: You don’t have a job, your life is in a bit of a turmoil and you don’t know, exactly, what’s right around the corner.

These are difficult times and rather than splurging, you should be making sure you can make ends meet.

That said, a car can also be an investment. It can help you remain mobile for job interviews. It may actually be a prerequisite for some careers. You may need one to get your daily chores done, including getting your kids to school and shopping for groceries. And it can help you maintain a sense of self-esteem, which is actually a lot more important than it may seem.

All of this means that there are plenty of reasons why you would want to buy a car even though you’re unemployed. What matters is that you consider and weigh these arguments in your mind before rushing in to stake your claim.

Unemployed versus bankrupt I

In terms of their chances for car credit, the unemployed and the bankrupt are often bunched together. But does that really make sense?

Certainly, you’re going to have a hard time finding car finance either way. To banks, both groups represent a higher risk of a default.

In truth, however, unemployment and bankruptcy are two very different scenarios.

If you’re out of a job, your main issue is that you don’t have a stable income. It does not necessarily mean that you can’t pay for a loan. You may have some savings, after all. The problem is that if you’re unemployed for a long time, you may at some point burn through those savings.

If you’ve been declared insolvent, meanwhile, your main issue is that this is considered a sign of bad money management. Here, too, you may theoretically be able to pay back a loan. You may even have a job! The problem is that unless you improve on the way you handle money, you could find yourself in the same bad situation you were in before.

For the insolvent, the challenge is to prove to lenders that they’re capable of handling money well and that they have learnt their lesson. This is by no means impossible. Many big entrepreneurs have been in insolvency at least once, possibly multiple times.

By using a credit building card, you can restore your credit rating, re-gain financial stability and build trust from the bottom up.

For the bankrupt, income is key. Your credit score will often matter a lot less in comparison. What lenders are interested in is whether your monthly expenses allow you to still remain in the black.

You can do this demonstrating that you have either enough savings to last you a while. Or that there is some income after all. One way of doing this is to increase the down payment – which can be done by tapping into your savings or borrowing the money from friends or relatives.

What about an accommodation deal?

Sometimes, when it comes to car credit for the unemployed, some people will suggest you ask someone to apply for finance in your stead.

This is referred to as an accommodation deal in technical terms. And it’s not a good idea.

On paper, the idea sounds great. An accommodation deal would mean that someone else – a financially stronger family member, for example – gets the car credit and then forward the money to you to pay off your car loan. They pay back the lender and you in turn pay them back, so everybody should be happy.

Only, as the Car Expert puts it, “finance companies simply won’t touch it”. 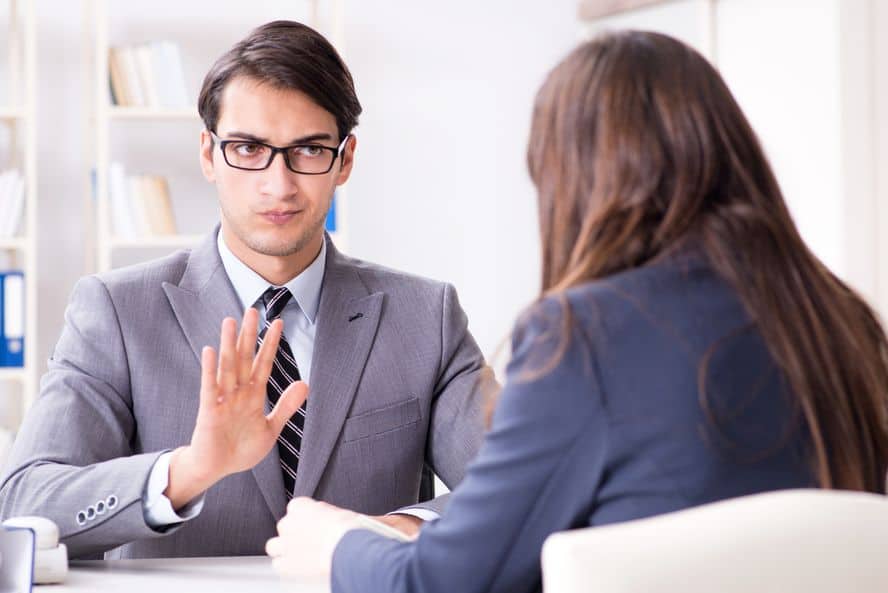 To them, the risk of a default is still too high. Their reason for rejecting you was that you’re incapable of paying back the loan in full. But what happens if you can’t pay back the loan to your friend? There is decidedly a risk that said person will ultimately find themselves unable to deliver on their commitments as well. In which case, there are now three parties with a problem.

Even worse, as the Car Expert writes: “The person responsible for repaying the loan does not have possession of the vehicle (because you have it), which leaves the finance company at greater risk of not getting its money back and not getting the car back.”

As nice as their concept sounds – it’s better to forget about accommodation deals and start looking for alternatives.

What about paying cash?

The obvious thing to do when buying a car when you’re unemployed is to pay for it cash.

If you can afford this, it is certainly the best possible option at your disposal. You no longer need to prove to bank employees that you’re capable of paying for the car. And you’re obviously not burdened by monthly loan payments.

The thing is that cash payment is hardly an option for most people. Even if you’re buying a really old banger, it requires a pretty solid amount of savings, which you will probably not have.

As we mentioned, though, increasing your down payment and paying for it in cash can be a great way to break the ice. In many cases, a sizable cash payment for at least part of the purchase price can make the difference between a successful deal or a rejected application.

Let’s face the facts: If you’re unemployed, your chances for car credit are slim. As a salesperson for Ford commented in an online forum:

“It’s unlikely that if we put “unemployed” on a finance application that it would get passed. Housewife/homemaker/pensioner/retired would be better.”

Of course, merely changing around the wording may look creative, but won’t save you. Instead, you need to come with a clever and well-thought-out strategy to improve your chances. Here are a few suggestions to help you along the way.

Some may consider a car a luxury item if you’re unemployed. As we mentioned before, this is by no means always true. But even if you desperately need a vehicle, you should be willing to compromise.

One way of doing so is to quit dreaming and make do with the absolute minimum. Or to put it in different words: Skip the Ferrari and go for an old banger in this case.

Buying a cheap, really old car may not be particularly attractive. But it has a lot going for it:

We’re the first to admit that longer loans are more expensive than shorter ones. It doesn’t take a genius to figure that out. But the thing is that this wisdom, perpetuated by experts and online car magazines, won’t help you if you’re unemployed and only have limited financial reserves.

As an unemployed, you should focus on getting a car credit deal you can afford – even if, in the end, it turns out to be a little more expensive. So, instead of hunting for 0% deals, which are elusive anyway, focus on optimising the deal for your situation:

Dealer Finance is your best bet

Banks are not evil by default. They obviously need to turn a profit, too. And in many cases, they are bound with regulations severely restricting whom they can lend to – and how much.

Still, what good is knowing this if you just can’t get a car credit with a bank if you’re unemployed?

Over the past decade, dealers have gradually established themselves as the ideal middlemen between buyers and banks.

This is why finance from dealers is your best bet when it comes to car credit. You’ll find they’re remarkably understanding and open to your pledge. At Concept Car Credit, we have actually made getting the unemployed behind the wheel again one of our core missions.

What about secured loans?

The main difference between secured and unsecured loans is that with the former, you offer something of yourself as a collateral. In the case of car credit, this will usually be the car.

Secured loans can be a great way to get car credit as an unemployed, if you have something that banks or dealers are interested in. They are obviously also risky for you. Depending on the exact conditions of the loan, you may find yourself without a car after missing only a few payments.

In the end, it may be wiser to save a little more, improve your credit rating and get an unsecured loan instead.

Even a very modest income can help

As we mentioned, income is key when it comes to car credit for the unemployed. This is why taking on a very insignificant, menial job can make a huge difference. Ironically, lenders will often regard even badly paid jobs as more secure than extremely well paid freelance ones. As a consequence, working a few hours each week can get you that car finance deal you never dreamt you’d be able to secure.

In the end, of course, the result of your application will not depend on just one piece of the puzzle. Your best bet is to take as many of the recommendations we just gave you and put them into practise. As we mentioned: Getting car finance while being unemployed is not easy. But it’s by no means impossible.