Car Colour: Much more than just a fashion statement! 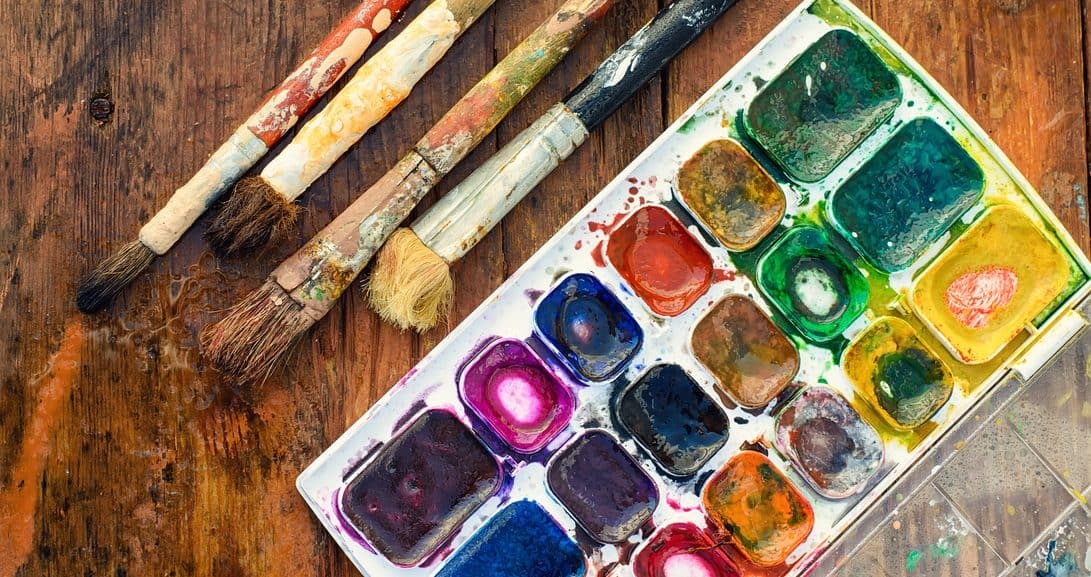 From pink headphones to green shoes, the world has become a lot more colourful. The 80s and 90s were all about mass phenomena and standardisation. For the new Milennium, the magic word has become ‘customisation’. Choosing your colour is not just a fashion statement. It is an expression of your personality, an opportunity to distinguish yourself.

But what about cars?

Interestingly enough, the car industry is one of the few sectors of the economy defying this trend. Just three colours – black, white/grey and blue – make up almost 80% of the market.

And we’re not alone in our preferences. It is almost as if these timbres are ingrained deeply into our collective consciousness, as the same three car colours dominate markets all across Europe.

This has naturally spiked the curiosity of researchers: Why do we choose the same old colours again and again? What effect does the colour of a vehicle have on traffic safety? And: What other influences does colour exert on two otherwise identical models?

What your choice of car colour reveals about you

Colour psychology has forever been an intriguing topic. In the ancient Indian healing system of Ayurveda, colours can be used to influence our health. Cooling colours like blue or white are to be preferred in the hot Summer days. Warming tints such as brown, red or yellow can be beneficial when the days grow shorter and colder.

Since then, the impact of colours on our subconscious has been analysed even deeper. Today, experts believe that

What does all this mean for car colours?

According to car portal edmunds.com, car colours can be important signifiers for many drivers. They express either the current mindset of the owner or the one she would like to have in an ideal world.

Black, when applied to cars, expresses the aforementioned sense of sophistication, or more generally a feeling of luxury and refinement. It can also create an aura of mystery.

White, on the other hand, provides mental clarity: “Personality-wise, you’ll go for white if you like everything clean and in its place,” explains colour psychologist Karen Haller. “Someone buying a white car is unlikely to have a smelly rugby kit languishing in the footwell, or a half-eaten packet of crisps going stale on the passenger seat. This is the kind of person who likes order and routine in their lives. They can’t stand mess and clutter.”

Blue, finally, is a more sociable and friendly colour. It will certainly get you noticed more than a more neutral one like white.

Can your choice of car colour save your life? 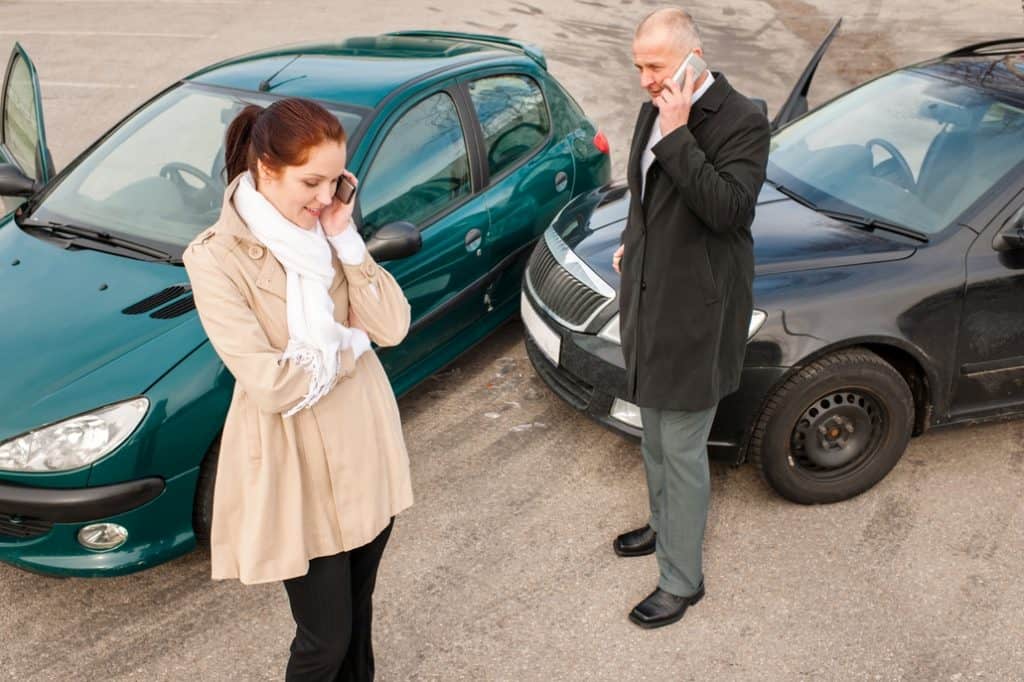 That may be a pretty radical question. But it’s certainly not as bizarre as it may seem at a first glance. Scientists have ruminated on the safety effect of car colours for decades. And it’s certainly not a coincidence that many ‘official’ vehicles, such as police cars and firefighter trucks, are the same colour in almost every single country. It would take a while, however, before researchers from an Australian university presented the first serious study on the subject.

It was an instant sensation.

The paper, published in 2003, presented the findings of the one year long “Auckland car crash injury study”.  Sceptics suspected the results would not amount to much. They were proven wrong. The study “found a significant reduction in the risk of serious injury in silver cars compared with white cars […]. There was a significant increased risk of a serious injury in brown vehicles and the risks for black and green cars were also raised.”

How to explain these spectacular results?

After the paper was published, it was passionately discussed worldwide. Questions started pouring in: What could explain the outcome? And, more importantly, did it mean that we should stop driving black cars and all switch to silver?

Tentative answers came from Sue Furness from the University of Auckland, who led the study. From her point of view, the combination of a lighter colour and a higher reflectivity made certain vehicles easier to spot  than others. Based on her findings, Furness even proposed that more silver cars on the road could translate into less car crashes.

She also admitted, meanwhile, that colour alone may not have been the only factor. Silver cars, for example, were mainly chosen by drivers over 55 years old. This is an age group known for a more responsible and safe driving behaviour.

Unfortunately, the findings of the study have since been questioned

Inspired and motivated by the Auckland study, other teams have presented their own research. Most of the results of the original research have since been questioned. The renowned Monash University, for example, even arrived at a contrarian result: Reds, green, grey, blue and black cars were found to have a higher crash risk than other colours. And so, curiously did silver coloured vehicles!

During the night, meanwhile, these differences levelled out, as all colours become equally hard to see.

So should we all drive white cars?

Researchers don’t think so. According to Dr Stuart Newstead, “campaigns to modify vehicle colour choice could alter the crash risk for the fleet”, but “colour is a much less influential crash risk modifier than behavioural traits such as drink-driving, and speeding. It may be possible that simple solutions such as the use of daytime running lights or headlights could effectively negate the elevated risks of higher risk vehicle colours.”

However, in at least one situation, your choice of car colour can lead to decidedly negative effects: Cars featuring one of the three most popular colours are significantly more likely to get stolen. Ben Vollaard, Associate Professor of Economics at the University of Tilburg has written about this in an intriguing essay on car theft in the Netherlands.

Vollaard’s research was inspired by the fact that bicycle owners in the Netherlands would paint their bikes bright yellow or pink to protect them against theft. The rationale behind this decision: These bikes were easier to spot after they’d been stolen and, obviously, harder to sell as a result.

Interestingly, the same applies for cars. The resale price difference between a white, black or blue car compared to those of any other colour can amount to 1,000 Pounds. This, combined with the fact that the car theft market has been all but completely taken over by professionals, means that thieves display a strong preference for the most popular colours.

The conclusions are remarkable: “With a security device like Lojack going for some €500, deterrence through a bright car colour may be at least as good a deal as deterrence through security. […] Pink is the perfect deterrent: none of the 109 pink cars (aged up to three years) have been stolen over the last few years.”

Car Colours and the Environment

Finally, let’s take a look at a few typical urban myths (or wisdoms) about the effects of car colours. One of the more popular claims is that darker car colours heat up the inside of a car more than lighter ones. The idea behind this is that white repels the rays of the sun more, while black absorbs them. If the thesis were true, white, grey and silver cars would need less air conditioning than black ones.

To test the hypothesis, scientists parked two technically identical Honda Civics in the blistering California sun. After an hour, they re-measured the temperature inside the passenger compartment. They found the silver Civic to be 5-6°C cooler than its black counterpart.

This sounds great at first. But the actual rewards are slightly less impressive once you crunch the numbers: “Using white or silver paint instead of black paint would raise fuel economy by 0.44 mpg (2.0 percent); would decrease carbon dioxide emissions by 1.9 percent, and reduce other automotive emissions by about 1 percent.” Certainly nothing to scoff at, but nothing to get worked up about, either.

While not an urban myth, the effect of car colour on the environment is hardly the stuff of legends.

Many assume that drivers of red cars get fined more for speeding. The association is easy to understand, since many sports cars are traditionally red. But it is decidedly an urban legend.

The same goes for insurance premiums on red cars. Asked about their policies, all insurance companies have stated that the colour of the vehicle in no way influences whether or not to take someone on as a customer. Car colour also has no impact on the terms and conditions of the insurance contract: “What really matters is your driving record and the car you drive,” according to Jeanne Salvatore, a spokesperson for the Insurance Information Institute. ”The company will look at the make and model of a car, the accident rate, how protected the car is in a crash and how expensive it is to repair and replace.”

We started this article with questions of looking good and we’ll end it that way. Just as with suits, one of the most widely asked questions is which type of colour is hardest to keep looking clean and fresh.

Against the odds, there is a definitive answer to this: Black and other darker colours. The reason is that scratches and stains become most clearly visible against the dark surface. White cars fair better in this regard. But grey and silver tones are even better.

Which may explain why these colours have remained so stubbornly popular despite some of their disadvantages.