Can You Trust Premium Petrol Claims?

Premium petrol has been around for some time. Although its formula has been gently tweaked and improved from time to time, it has essentially remained the same product for decades. And yet, most drivers are still unclear about the pros and cons of premium petrol – or even about what it is, exactly.

In this overview, we have put together the most important facts you need to know about premium petrol. We’ll explain whether your car can and should run on premium fuel. We take a look at whether premium fuels can actually harm you engine. And we investigate whether or not it is worth it in the end.

But first, let’s begin with the most obvious question of all:

What, exactly, is Premium Fuel?

There seems to be many misunderstandings about premium fuel. Some believe that premium fuel is more powerful than other types of gas and contains more energy. Others assert that it allows your car to run more efficiently. Yet others think that premium fuel protects your engine.

While the second and third claim are subject to heated debate, let’s first get rid of the often heard first one straight away. In terms of its energy content, premium fuel is identical to regular petrol and offers no additional benefits.

Contrary to this belief, premium fuel is marked by two things:

What are the benefits of these two differences compared to regular petrol? We’ll explain that in a second. But first, we need to make one thing clear:

Not all fuel sold as ‘premium’ is really premium fuel

This may sound like things are pretty complicated. But that’s not really the case.

When stopping at a petrol station, you’ll see that there are typically a few standard options available. These include normal petrol, super, super special, premium and diesel. (we’ll exclude gas and electricity for convenience reasons)

‘Special’ fuels are often lumped together with premium fuels into the same category. But they’re really a lot closer to normal petrol. In fact, most super specials are merely super with a slightly higher octane rating – say 95 compared to the more typical 93. Although this can make a difference, it is hardly anything to get all too excited about.

The range for premium fuels, meanwhile, roughly begins at 98 octane, which is a serious step up. As mentioned, they also include a range of special additives. These are designed “to reduce carbon build-up inside the engine, improve combustion, inhibit corrosion and allow easier starting in cold climates” as Business Insider explains.

So although super specials can be useful for their own purposes, you’re only getting premium benefits if you’re really filling up your tank with premium.

What your motor needs: A little bit of theoretical background

To understand why a premium petrol may offer some benefits, you need to understand some engine basics.

Cars works on the principle of compression and combustion: On its most fundamental level, an engine comprises a combustion chamber for the energy generation, a piston to compress the petrol and a spark plug to ignite it.

As the piston moves downwards, hot air and vaporised petrol are allowed into the combustion chamber. As the piston starts its way back up, the space within the chamber is quickly getting smaller. The more compressed the gaseous mixture contained within it becomes, the more the temperature rises.

When the piston all but completely reaches the top, a spark plug plug then ignites the hot gas/air mixture, causing an explosion. This sends the piston back down again and releases energy to the vehicle.

And so the cycle continues.

Obviously, the smoother this cycle works, the better. 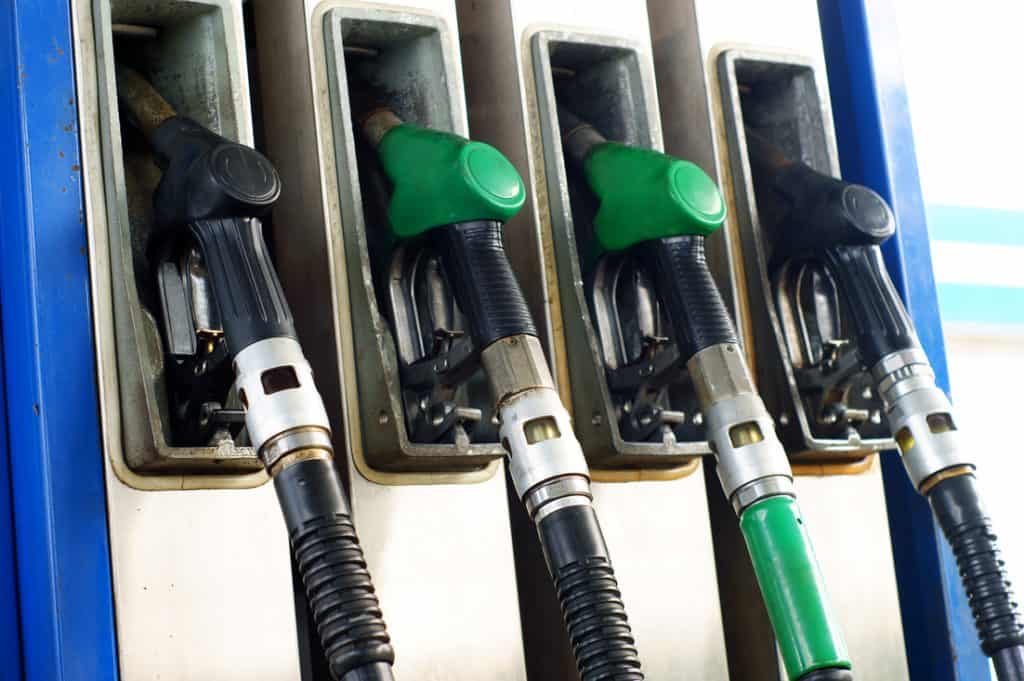 And here’s where potential problems begin.

As the piston begins compressing the petrol blend in the chamber and making it hotter and hotter, the mixture is constantly on the verge of self-igniting. On the one hand, this is a necessary preparation for the ignition. If things go wrong, however, the mixture ignites before the piston has maximally compressed the air in the chamber. If this happens, the explosion occurs too soon and the piston shoots down in an uncontrolled manner.

But even if the spark plug ignites at the right moment, things can still go wrong. As edmunds.com put it, there is a ‘critical period’ after the ignition, when the flame kernel develops. Under very high pressure, unburned gas can set fire by itself and, again, cause an uncontrolled explosion.

It’s a bit like playing a song with a steady beat and then having someone hit the snare at the wrong time – it sends the entire piece out of rhythm. In technical terms, uncontrolled explosions are referred to as ‘knocking’ and they’re to be avoided at all cost. Not only will they make the engine run less smoothly, but they can potentially be harmful to the very integrity of the engine.

The less risk of the petrol self-igniting in the combustion chamber, therefore, the better.

So how do premium petrols factor into this?

Premium Petrols can be a factor in avoiding knocking, because they raise the temperature at which the fuel will self-combust. This is expressed by the higher octane rating of these fuels. The octane number specifies the degree to which a petrol can be compressed. The higher it is, therefore, the lower your chances of knocking.

But premium petrols can be beneficial in more than just one aspect. The additives added to premium fuels can remove harmful residues and thereby make your engine cleaner. Here, too, it is easy to see why this would be beneficial to your car’s performance: The cleaner the energy transmission system, the smoother the components will function. The result is a more efficient drive, which can mean that the vehicle can potentially speed up faster or save fuel.

So why do Some experts claim that premium fuel is a scam?

The benefits of premium fuel seem clear. And yet, ever since they were first introduced, experts have doubted and tried to disprove the validity of the underlying assumptions.

Some, including American consumer magazine CBC Marketplace  have gone as far as to claim that there is no perceivable difference between the two types of fuel at all and that, in essence, more expensive fuels are a scam.

The main argument against premium petrol is based on the notion that only high performance cars can sensibly use them at all. It is only in these models that the pressure in the combustion chamber builds up to dangerously high levels. It is only drivers of these models, too, that will actually benefit from being able to speed up a few parts of a second faster or enjoy the pleasures of dizzyingly high speeds.

If you’re like most other drivers, however, these tiny differences will hardly register.

What’s more, most modern engines have become remarkably adept at avoiding knocking even without expensive super fuels. They are capable of doing this by means of intricate sensors measuring the temperature inside the combustion chamber with astounding precision. Thanks to these sensors, knocking will occur only under extreme circumstances.

It is for these reasons that many consumer organisations, like Which?, regularly lambaste premium fuels for being ineffective and overly expensive.

What about fuel efficiency?

That said, premium fuels could still be worth their cost if they saved you money at the pump.

However, sceptics of premium petrols have also attacked this second major benefit of premium fuels. It is not that premium fuels can not improve your fuel consumption, they argue. It is just that they won’t save you enough.

“The maximum improvement by using a higher octane fuel is about 1 per cent per octane number, so if you go from 91 to 95, the maximum reduction in fuel consumption is about 4 per cent. If the price difference between 91 and 95 is less than 4 per cent and your vehicle does experience improvement…then it is worth switching to premium. But given 95 fuel is about 12 cents more a litre than 91, which is usually a lot more than 4 per cent, then there’s no advantage in using premium fuel.”

So are premium petrols a waste of money?

Not quite. For one, more and more modern cars are optimised for premium petrol. In fact, almost the entire Japanese car industry places a priority on them and all but requires you to use them.

But even if you’re not driving one of these cars, premium petrols can come highly recommended by the manufacturer. The reason is simply that they tend to be great at preventing costly repairs. Strictly speaking, it may not be required to use premium gas in these models, but it can pay off nonetheless.

There are regularly updated lists for these cars online, which you can use to see what fuel type is recommended for your car.

There’s no need for black and white thinking here:

Thanks to the high quality additives in premium fuel, it can even make sense to occasionally use them in older or used cars, as they will de-clog the system and help the engine run more smoothly. This doesn’t merely apply to petrol cars, but to diesels as well, which can profit from regular premium petrol fill ups.

Premium fuels are not a must by any means – but used wisely, they can contribute to your car’s overall state. And with the cost of repairs in mind, it’s certainly better to be safe than sorry.