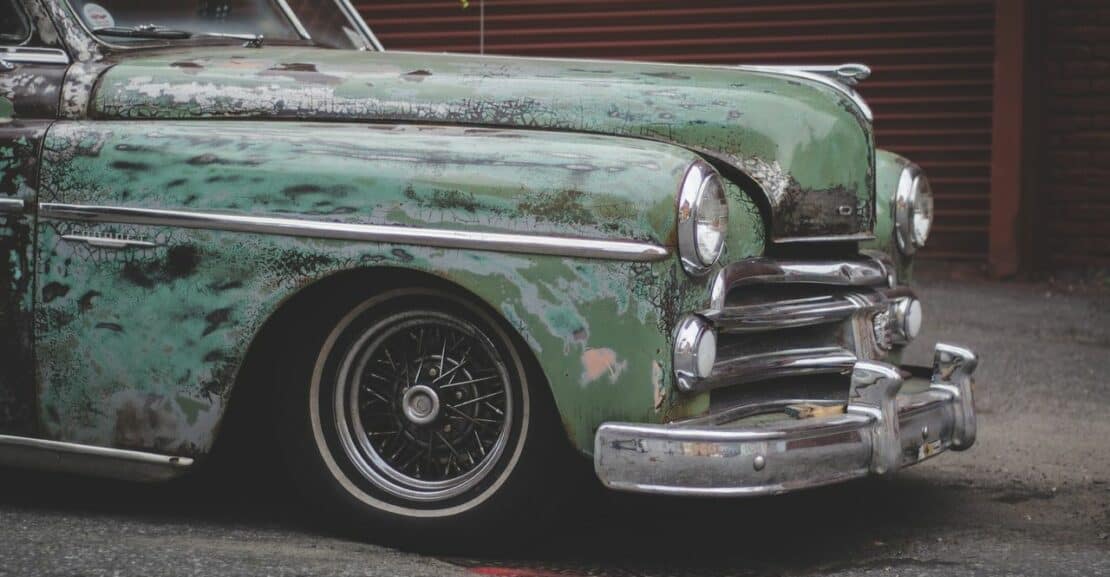 When it comes to used cars, at least, old can actually be pretty appealing.

A second hand vehicle can offer a driving experience that’s as good as a new one. Some might even say it can offer a better one, since it’s already warmed up. Also, if you buy a model that’s been driven and tested by thousands of customers before you, you know all about its benefits and problems.

In short: You’re spending a lot less, but potentially getting more in return.

The older, the better?!

It’s pretty clear that this logic ends somewhere. No one’s going to argue that you can buy a 1970s Toyota Corolla and still expect it to drive as perfectly as a 2021 Corolla.

But what about cars from the 80s and 90s? We don’t think of these cars as old timers. We may even secretly think that they look great. Maybe you’ve always wanted to drive one, but couldn’t afford it at the time.

Still, very few of us would ever seriously consider buying one of them.

Is that a wise choice or a mistake? In our opinion, you should definitely not rule out these really old cars completely. First off, though, let’s investigate how experts and car lovers actually define the word “old” when it comes to vehicles.

How old is really old?

This may seem unimportant to you. But in actual fact, it does matter, because the age of a car influences its price to a significant degree.

There are, essentially, four categories for every car: New, used, classic and antique.

A new car turns into a used one the moment someone pays for it and leaves the car lot. This creates somewhat bizarre paradoxes: If you buy a Volkswagen Polo today, it will be a used car tomorrow. But if you hold off the purchase for a little longer, it will still be considered “new” for as long as it remains standing at the dealership. The difference in value will accordingly be several thousands of Pounds, even though the car is exactly identical in every mechanical and technical way.

Definitions on when a car turns into a classic vary. In the USA, an antique needs to be 45 years old, for example. In Germany, that term doesn’t even exist – there, they distinguish between Youngtimers (more than 20 years old), and Oldtimers (over 30 years). 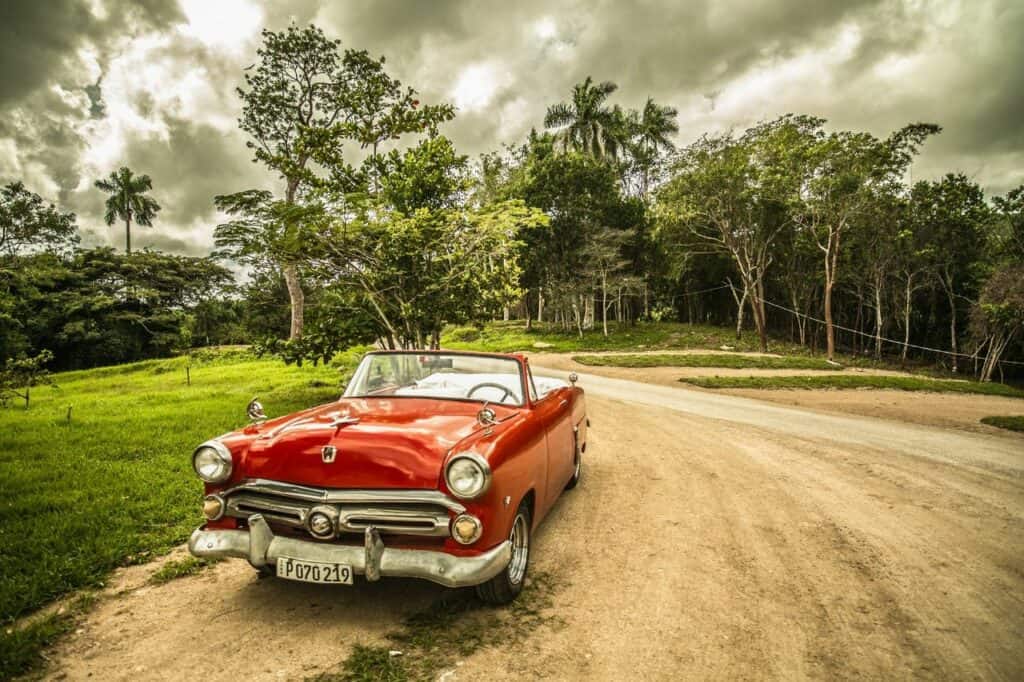 The category of interest for us here is classics.

Classics are cars that are at least 15 years old. But absolute age isn’t everything.

According to some, classics need to fulfill a few more criteria:

If you take these points into consideration, most of our current car models turn into classics a lot later than 15 years. Certainly, if you believe classics need to have that ‘wow factor’ or that they have to ooze nostalgia, something like 25 years seems more reasonable.

This is because cars are tax exempt from a certain age onwards under certain conditions.

“Any car that’s aged 40 years or older is considered to be a classic car, or in official terms, a ‘historic vehicle’. However, you must still tax your vehicle even if you do not have to pay. As well as being exempt from paying tax, vehicles over a certain age are also exempt from requiring an MOT. In fact, the Department for Transport (DfT) announced that as of May 2018, you do not need to get an MOT if the vehicle was built or first registered more than 40 years ago and no ‘substantial changes’ have been made to it in the last 30 years.”

We don’t need to get into the details of what constitutes a substantial change here. What matters is that you understand that very old cars which have been well cared for and left pretty much in their original state are considered valuable for historic reasons. Accordingly, the government incentivises caring for them.

For cars that have reached a certain age and are still attractive, different rules apply. They may preserve their value better than others, which have aged less well.

Of course, the questions remains, which car belongs to which category.

What about cars from the 80s?

At least in pop culture, the 80s have never really ended. But the same can be said when it comes to cars. The 80s were perhaps the last decade which you can instantly recognise just by looking at the design of an automobile.

Some of the most iconic car designs of all times originate in this decade:

Some of these cars may be personal favourites, maybe even dream cars.

But should you really be driving around in one of them?

A member of an online car forum weighs in:

“US cars of the 80s were pretty dismal in reliability, unless you bought a big V8 which would be a gas guzzler.”

That said, many consider the 80s one of the last eras of car manufacturing when cars were built to last forever. The web is filled to the brim with lists of cars from the 80s which are still extremely reliable.

All in all, buying a car from this decade does seem like taking a risk. If you’re keen on it, then take someone who has an in-depth knowledge of vehicles with you to get a second opinion. 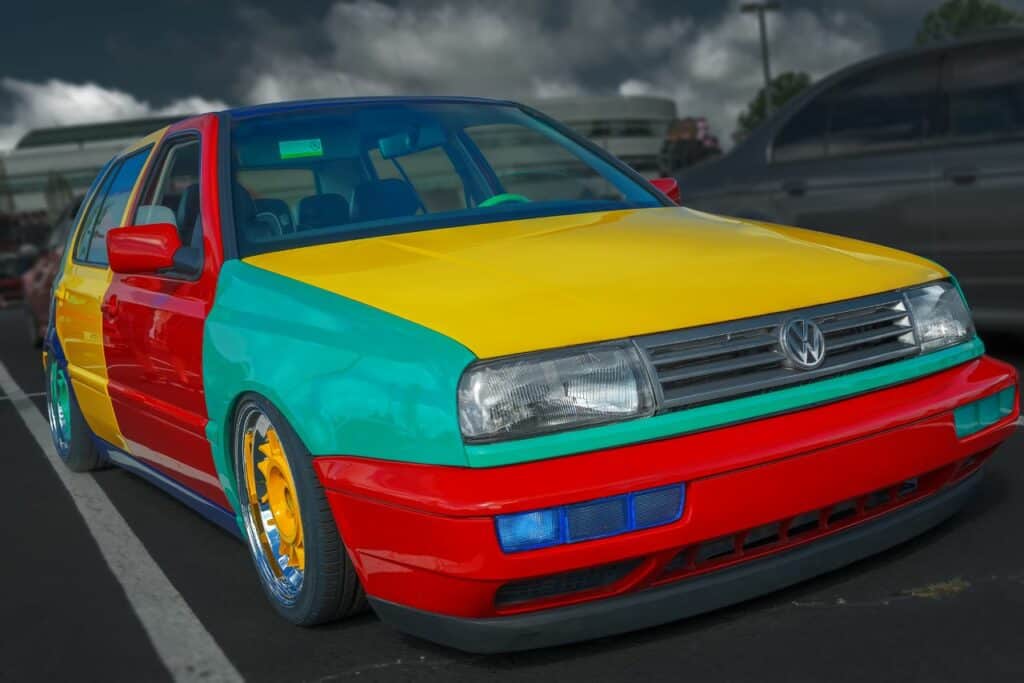 Things looks different when it comes to the 90s.

The 90s, on the other hand, are a very interesting decade when it comes to used automobiles.

On the one hand, manufacturers were still making impressive advances in terms of mechanics and materials, which means these cars are pretty rust proof and will probably drive absolutely perfectly.

In terms of their design, you can obviously tell that they are not up to today’s standards. That said, they do not have that oldtimer patina that does plague quite a few of 80s models. In fact, some 90s designs have something sympathetic about them, a more friendly look which makes for a great alternative to the heavy, tank-like shapes of the SUVs which dominate the roads these days.

As some commentators have also pointed out, “there were notable power train and durability improvements from the 1980s to the 1990s, meaning the cars are often still drivable” and that (according to website Rusty Autos) “mechanicals have come a long way in the last forty years, but not in the last twenty, that’s not bad news. Engines of the era were good and shouldn’t require any major work.”

Electronics were the major gamechanger in this decade.

There’s an interesting aspect to this. When we think of electronics, we usually think of the tremendous progress that’s been made since the 80s. To a degree, this is true. Technology has become smarter, lighter, smaller, faster and capable of handling more advanced tasks.

But has it also become more reliable? In many respects, the complexity of today’s devices and larger systems has made them fairly error prone. Connectivity is also a major issue – just think of how many problems there still are hooking your smartphone up to the mobile entertainment system in your car!

In the 90s, many of these systems were comparatively primitive. But they did offer many of the basic functions that you’d want from them – from cruise control and radio/CD via airconditioning to sat navs. And these rarely break down, ever! According to Rusty Autos, the electrical systems of 20 year old cars are on par with modern cars and pretty durable.

John Wiley, manager of valuation analytics for classic car insurer Hagerty, even goes as far as to claim, that they may have an edge over the current models in this regard.

All of this bodes well if you’re thinking about buying a car from the 90s.

Of course, all of this paints a pretty rosy picture.

Take off those rose-tinted glasses for a second. You may ask yourself: If 90s cars are so great – why doesn’t everybody drive around in one?

For one, if we’re being entirely honest, they are not up to today’s standards in many respects. Their safety features are many levels below those of today’s cars and they may actually may have to be upgraded in some respects. Their fuel consumption and ecologic profile also leaves a lot to be desired. Certainly compared to today’s models, you will find yourself hitting the petrol station a lot more often.

Usually, interior space is more limited. Cars have grown considerably over the past decade especially, on the outside, but particularly on the inside, with significant improvements for tall passengers.

And then, there are of course age-related issues that you need to keep an eye out for.

So what are some of the things you need to take a closer look at? Here’s a list of the most problematic points:

If you’re serious about these points – and you should be – simply follow our guide to the best vehicle inspection check lists and give the car a thorough inspection yourself.