The best cars of the decade 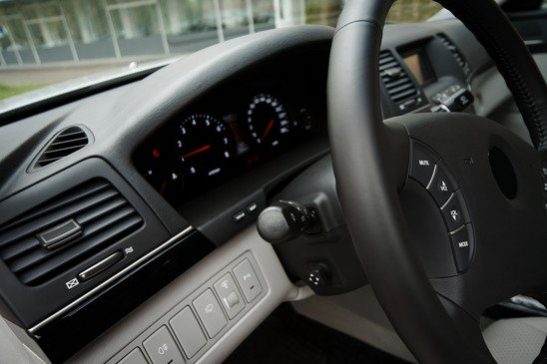 The car business is a fast-moving industry and our notion of what constitutes the best cars is constantly being challenged. Cycles of technological change have sped up, new models are taking the market in a storm only to disappear from sight again within the blink of an eye. Staying ‘up to date’ has become next to impossible, even for true car aficionados. And let’s be honest: Why should you even try? Expensive new cars may look more fashionable and they may be more efficient when it comes to fuel consumption. But that’s not to say that you couldn’t drive a ten year old model or a cheap brand and be perfectly happy with it.

Increasingly, car reviewers are adapting to this sensible approach. Which is why we’ve taken a look at various ‘best cars’ selections to find out which model experts and everyday users prefer. We can promise you this: Apart from a few obvious classics, there are many surprises to be found on these lists.

What, exactly, defines the best cars? What defines a great car?

That question is as old as the car industry and it is still being passionately debated today. For many decades, superior technology and progressive design used to be the most important signifiers of excellence. Cars like the Mercedes SLS, with its futuristic gull-wing doors, the commercially disappointing, but technologically superior RO-80 or the spectacular, almost otherworldly Citroëns of the 80s are prime examples for this perspective.

As ecologic and economic concerns have become more relevant, however, so has the vocabulary for discussing excellence. Today, you’ll find words like ‘space’ and ‘practicality’ in almost every single car review and ‘value for money’ has turned from being a necessary evil into a decisive factor. Clearly, a lot has changed for the better, from a consumer’s point of view.

To give you an idea of just how much has changed, take a look at this three criteria system for determining the best cars by car magazine Car and Driver:

These three criteria may once have been a novelty, but they are very much in line with what most buyers would expect from the best cars in the UK today. So let’s now take a closer look at what some of the leading UK car review publications consider the best cars currently available on the market..

Best cars in the UK

The ‘“What Car?“ award 2015 is a good example for the aforementioned shift in perspective. Its car of the year is the Skoda Fabia, which even the jury refers to as “not the most exciting car in the world”. However, it is described as “quite possibly the most sensible one” and praised for the fact that on a tightly contested market, it has next to no weaknesses. Skoda also takes first spot in the ‘family car’ category, with the experts applauding its user-friendliness, hard-to-beat price as well as the ‘sheer space’ available to passengers and luggage.

Things get really interesting, meanwhile, when comparing these assessments from an expert jury with other polls conducted by polling actual drivers. Here’s a compiled overview from two major driver surveys on the best cars in 2015, conducted by newspaper The Telegraph and specialised car magazine Auto Express respectively of the cars ranking high on both lists:

Although a Lexus secures top position in the Auto Express poll, the trend towards more affordable, easy to use, practical and, for lack of a better word, ‘fun’ cars is obvious, both on the critics’ end of things as the consumers’. A Skoda Yeti as the best car currently available on the market? It seems too good to be true, but it definitely is.

Best Cars of the decade(s)

To put this current development into perspective, it is extremely interesting to investigate the yearly list compiled by Car and Driver since 1983. It has become a welcome tradition for the publication to compile an editorial selection of the best cars at the end of each year, adding up to a total of 220 vehicles with the publication’s seal of excellence. Although these selections are made from a US perspective, they are remarkably similar to comparable results in the UK. market. The list of previous winners, although containing a few expected classics, seems remarkably familiar – you will probably have seen quite a few of these models driving through town over the past decades:

With the exception of Skoda, which hasn’t managed to capture the imagination of US customers quite the same way as it has in Europe and the UK, these results are remarkably similar to the UK lists for best cars. Clearly, there is a global trend at work here.

Expensive is not always best

It’s pretty easy to narrow this trend down to a simple slogan: Expensive is not always best! Obviously, dream cars like the Porsche Boxter and the Chevrolet Corvette will remain outside of the budget of mere mortals. However, it is quite remarkable how many of the best cars of the decade you can find in our Manchester showroom. Do come round – we’re looking forward to your visit!