Bad Credit Loans: What difference does a direct lender make? 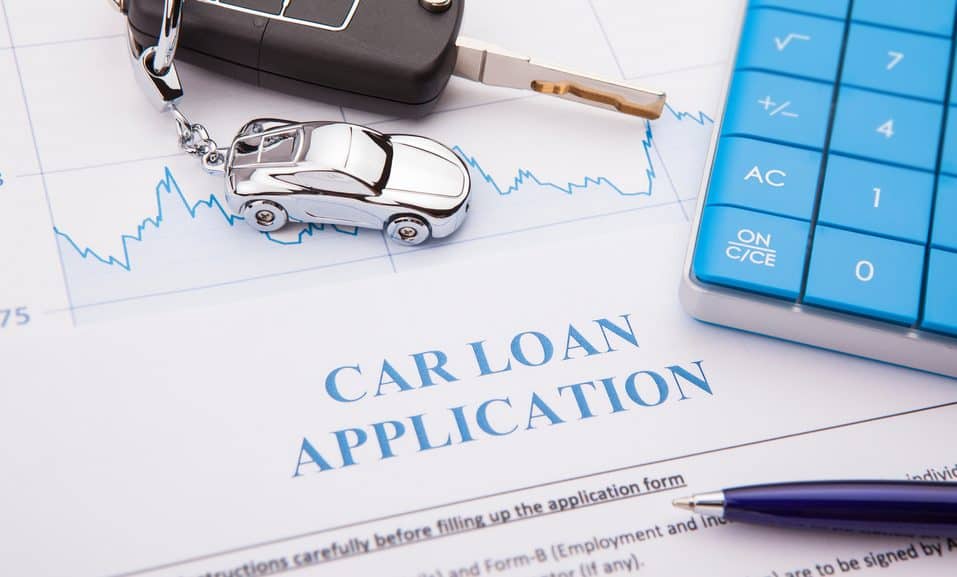 For many years, there was a very clear procedure to getting a car loan. You’d set up the contract at the dealership and then drop by your bank to secure the financing. Even better still, you’d visit your bank first and then haggle using the pre-financing as a support.

In this feature, we’ll take a closer look at the pros and cons of a direct lender versus an indirect lender. If you’re looking for affordable bad credit loans, this is indispensable information.

Direct loans may sometimes seem a little outdated. But they’re still around. Some experts even claim that they’re the best type of car finance out there.

Direct lending simply means that there is no middle (wo)man involved. When you’re borrowing from a bank, you’re negotiating directly with the institution that will lend you the money.

In the past, this traditionally meant the bank. So if you wanted to buy a car, you’d talk to your regional manager and check if they’d be willing to give you a loan. This approach is still very much alive.

However, things have become more diversified recently. For one, there are many alternative financial institutions out there which also act as a direct lender. What’s more, even some dealers now have the financial clout to offer in-house financing.

If direct lending has taken a hit, this is mostly because banks have lost popularity. Direct lending itself is still alive and well.

Indirect loan: Caught in the middle

In the case of an indirect loan, a middle man negotiates the loan for you. Indirect loans are not a new phenomenon. They’ve been around for ages. The original idea was to negotiate on behalf of those who couldn’t find bad credit loans. That idea is still valid today.

Indirect lending has, however, expanded. In the early days, indirect lenders were mostly small companies without any clear cut specialisation. This is no longer how things work.

Today, direct lending has become almost synonymous with dealer lending. Most dealers don’t actually have enough resources to finance the cars they’re selling themselves. What they can do, however, is talk to banks for you and get the best deal they possibly can.

Direct lending has very clear benefits and disadvantages compared to direct lending. We’ll get into those in a second.

To the outside observer, direct lending and indirect lending can look almost exactly the same. You talk to a finance manager, you agree to a framework and then you sign the contract.

And yet, the procedure for the two is not identical. It has sometimes been claimed that dealers will listen more to the specifics of your situation than banks. This is indeed very likely. The reason is simple: Dealers are more motivated to make the deal happen than a bank is. To most financial institutions, private credit is not a particularly lucrative business. And so, they’ll only make an investment if it’s almost guaranteed to turn them a profit.

More importantly, dealers and banks will ask different documents from you. With many banks, the credit score is still the most important piece of information. Thanks to it, they claim to be able to estimate your financial trustworthiness at a single glance. Other aspects do factor into this. But the score has remained the one number to rule them all.

They care more about how much you can pay right now. They will more likely ask for proof of income rather than your credit score. The reasoning is that a car is special and that you’ll award priority to it. You are more likely to make sure you can pay off your car loan than, say, a loan to finance your TV.

Indirect lending can be a whole lot faster than direct lending. Indirect lenders effectively pre-screen customers for the bank and this makes it easier for a bank to agree to a deal. So if you’re looking for a loan fast, indirect lending may just have the upper hand.

Let’s now turn towards the pros and cons of direct lending and indirect lending. We’ve already hinted at the fact that one reason for indirect lending becoming more popular was that it made bad credit loans easier to process. But there are other significant advantages of going straight to a bank.

Direct Loan Pro: No down payment

Regardless of the specifics of dealership financing, a down payment is almost always required. It may be quite small in some cases. But there are hardly any exceptions.

With direct lending, things are different. Once you’ve secured a loan from a bank, the dealer knows she’ll get her money. So there’s no longer any need for a down payment.

Generally speaking, this is obviously an improvement. Note, however, that a sizable down payment obviously reduces your loan costs. The less money you borrow, the faster you can pay off what you owe and the lower the interest you’ll pay.

This is why we recommend you pay at least part of the total sum as a down payment beforehand.

However, things are not quite as clear-cut. Yes, a bank would theoretically be able to offer you better rates. This doesn’t mean they will. Since banks are extremely risk averse, their rates are heavily biased towards safe lenders with perfect credit ratings. Bad credit loans are usually not even on their radar. So if you have been given a bad credit rating by one of the leading credit rating agencies, your chances of getting rejected or receiving a bad offer are actually a lot higher than with an indirect loan.

What’s more, indirect lenders can scan the market for a good offer a lot faster than you ever could. This means they can compare what’s out there, pick the best deal and in the end, both you and them win. 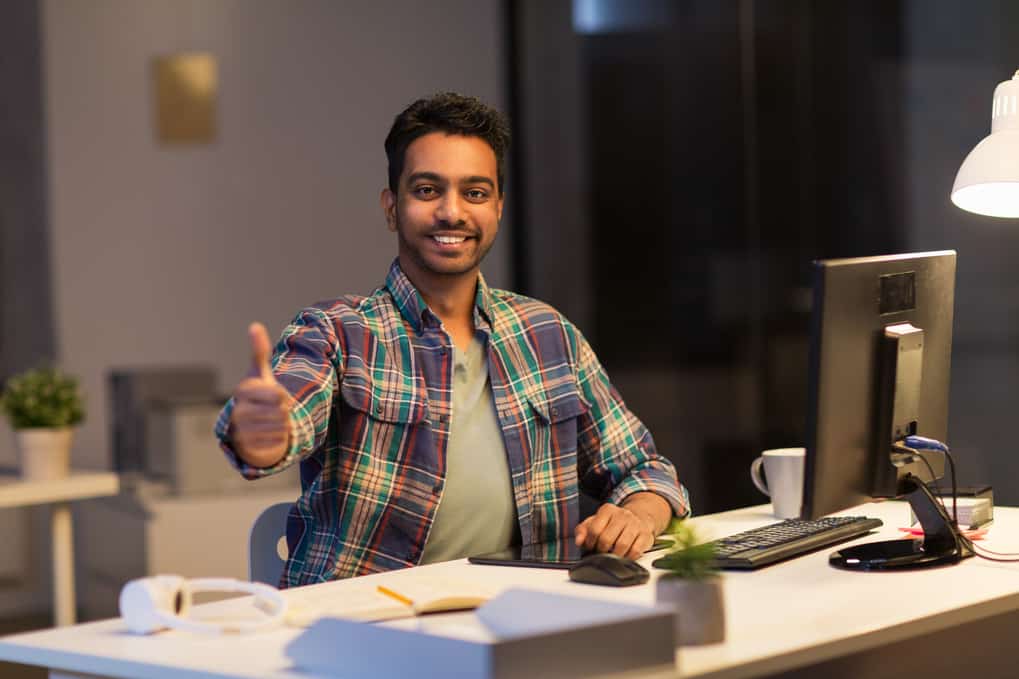 Pre-approval is one of the few undisputed advantages of a direct lender. What this means is simply that you arrange your loan before going out and looking for a car. In practise, the bank will go through the same procedure as usual and then give you a limit for negotiation. When you come to an agreement with the dealer, the deal comes into effect and you can drive your car off the lot instantly.

The big advantage of pre approval is that it gives you more leverage when negotiating with your bank. You no longer rely on the dealer to arrange the money for you and can therefore haggle with a lot more confidence. To the dealership, too, you’re a perfect customer, as they know that financing has already been secured. This means that pre approval usually leads to better terms.

Finally, pre approval sets a very clear boundary to what you can afford. If your bank tells you that you can only buy a car at a maximum of £5,000, then that’s what you’ll spend. No more impulse decisions, just because the dealer talked you into ‘spending just a few Pounds more’ for that exciting sports car.

But not all is perfect in the world of direct lending. Really, over the past decades, not much has changed. Procedures still take excruciatingly long. The wheels are turning slowly in banks. Partly, this is because they like to be absolutely sure before they commit to anything.

In the past, this was less of a problem. Everything took longer and prices were pretty much stable for quite some time. Today, many car offers are valid for a few days only. Sometimes, they’re only valid for hours.

In this light, the direct lender can seem like an outdated model.

Banks used to be great. You knew your bank manager. You’d be in touch with her for decades and she’d be willing to agree to a loan on personal reasons, other than just business calculations. This is no longer the case. The loss of personal relations has significantly hurt the usefulness of banks and handed the market to the dealers on a silver plate.

There is also no sense in trying haggle with banks. It’s take it or leave it. If the deal sounds great, there’s nothing wrong with that at all. But if it leaves to be desired, it would sure be nice to be able to shave off a few percentage points.

Indirect loans: Better than their reputation

This is not only unfair. It’s plain wrong. In the very worst case, an indirect lender charges you a high mark-up and ends up being more expensive than a bank. In a more likely scenario, their deal will roughly be as cheap or expensive as the comparable direct loan. Sometimes, it can actually be better.

Indirect loans have gained the upper hand over the past few years. Let’s take a closer look at them and find out, why.

It goes without saying that indirect lending is a whole lot more convenient than direct lending. Especially so if you’re looking for bad credit loans. Instead of having to apply with dozens of banks, the indirect lender takes care of this for you.

To this end, the middle man fires out myriads of applications all at once. Then, they wait for the offers to come in. This approach is called ‘shotgunning’. Not every bank will agree to a deal, not all of the offers will be attractive. But the benefit of shotgunning is that there is safety in numbers. At the end of the day, at least one financial institution is sure to respond positively. Usually, that’s enough.

Also, there is no break in the buying process. You visit the dealership, find the right car, wait for the dealer to arrange the finance and then accept or reject their offer. You no longer need to take his offer with you to various banks – which always carries the risk that someone else snatches up the vehicle before you can arrange the money.

As we’ve mentioned, dealers are more invested in getting you a deal than a bank. This is because they make quite a considerable chunk of their money on finance deals. Potentially, they can make money three times off a customer: Through the mark-up and bonus on the sold car, then the financing and, finally, repairs and selling you extras after purchase.

This is why dealers are much more willing to provide bad credit loans than banks. Of course, dealers have actively reformed the car loan market as well. They have done this by making some incisive changes: 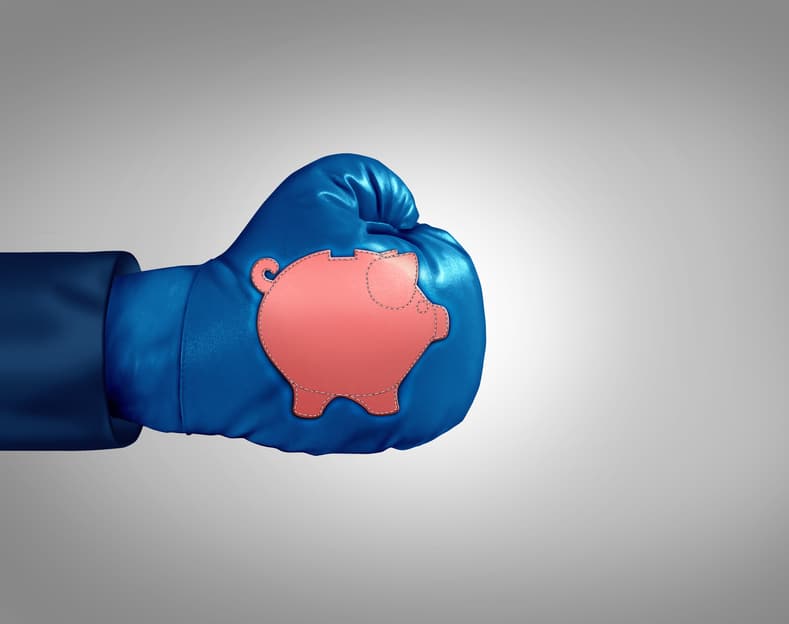 As we mentioned, there’s hardly any haggling with a bank. Things are different with a dealer, however. Although the terms of the actual finance deal are usually set in stone, you can use an expensive finance deal as a reason to bring down the purchase price or to ask the dealer to throw in a few extras.

Admittedly, if you’re shopping for a bad credit loan, chances for success are not that great. But you can at least give it a shot.

Dealers have one advantage over banks. They have a direct link to the car manufacturers. When you’re looking for a new car, this allows for all kinds of special incentives that banks simply can not offer.

One of these special incentives is the so-called 0% deal. Effectively, it means that for a limited time, you’re not paying any interest on your loan whatsoever.

Sometimes, interest rates for a dealer loan can be so low that a new car is cheaper than a used one.

These are, however, obviously exceptions. In general, second hand vehicles are still a lot cheaper and many of those enticing offers are only valid for extremely well-off customers.