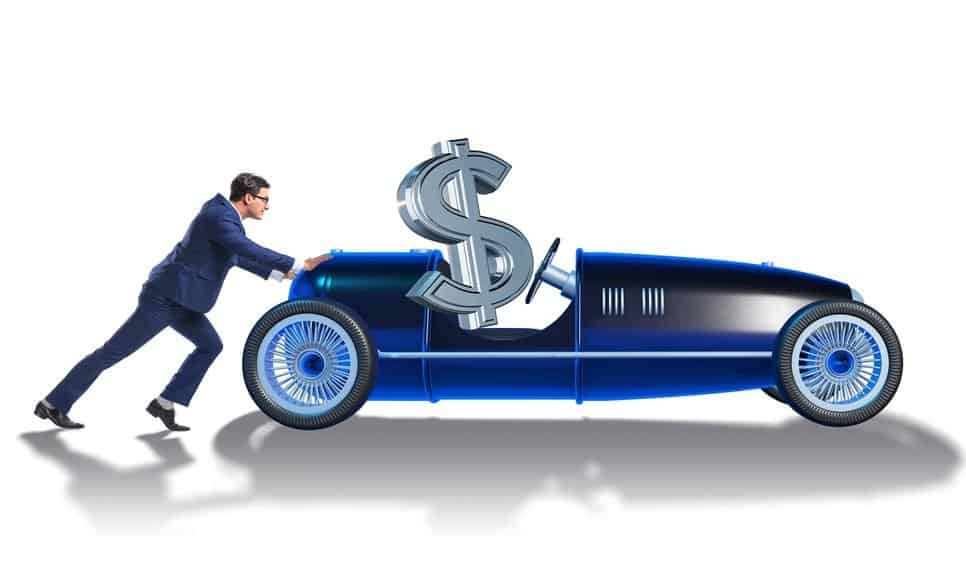 The times they are a-changing – and so are road taxes. For many years, the basic premise for calculating road tax was easy: It was based on the ecological footprint of your vehicle.

The effect of this policy was impressive: Over time, emissions from new cars have steadily declined, far beyond what anyone deemed possible when the concept was first introduced.

In April 2017, however, the government completely turned the road tax upside down. The new rules hardly take CO2 emissions into account anymore. In fact, one could argue that in a bid of simplifying things, the new laws hardly consider the actual ecological impact anymore.

It is widely estimated that more than 70% of all drivers will pay more than before. On top of that, the new rules have created a string of eyebrow-raising paradoxes.

Although it undeniably has its benefits, too, the new system doesn’t just look to be highly flawed – but highly unfair to boot.

What does the flat rate road tax look like?

First off, let’s look at the bright side. The new road tax is essentially a flat rate, so unless you’re an exception to the rule, it is pretty easy to calculate your yearly cost. This is a clear improvement over the old approach, which would often require you to consult emission data to arrive at a clearer picture.

As you can see, none of these rules has anything to do with the ecological impact of the car you’re driving. Although it could probably be argued that very expensive cars tend to be bigger, more luxurious and performance-oriented – and will thus focus less on fuel consumption and CO2 – this is by no means a given.

It appears the government were themselves worried about the message this would send. And so they set about modifying it to at least include a tiny ecological incentive.

In trying to improve the system, however, they have made it quite a bit more complicated

To include at least a faint echo of an ecological aspect in the road tax rules, the flat rate only applies after the first year in action. Before that, it is based on CO2 emissions, just like it used to be.

During the first twelve months, the following principles apply:

And what about diesels?

Generally speaking, all diesel cars will be taxed more than before. This is because the advantages of lower CO2 levels are offset by unhealthy particle emissions. The move to make diesels less attractive mirrors similar efforts in the rest of Europe.

So, the new flat rate road tax is effectively a combination of an emission-based tax and a differentiated flat rate. It may be simpler than the old, purely emission-based system. But if it is, it’s only so by a margin.

Who gains? Who loses? 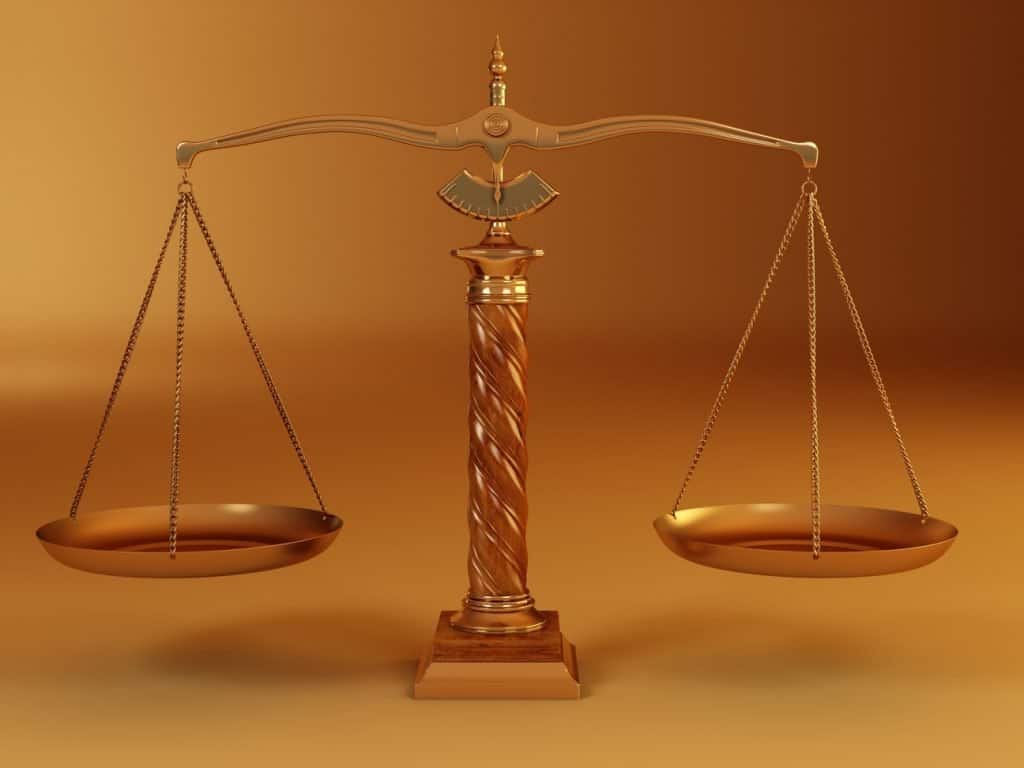 The new system described above will not raise road taxes equally for everyone. To the contrary: many drivers stand to lose and very few stand to gain financially.

It’s not hard to understand, why: The old rules meant that if your car’s emissions were below 125g/km, you were exempt from paying road tax. Today, unless you own a zero emission electric car with a purchase price below £40,000, your tax rate will conversely rise considerably. (all of this only applies to cars registered later than April 2017)

So, buyers of either ecologically friendly or very expensive cars stand to lose under the new tax rate rules. Ironically, buyers of highly polluting models stand to gain the most in the long term. Although their first year tax tax will likely rise by quite a bit, they will only need to pay the flat rate road tax for the remaining lifetime of the car. Even if their costs go up by £1,000 during the first year, the overall effect may well be a positive on a long enough timeline.

As Whatcar point out:

“Some of the hardest-hit cars are low-emission combustion-engined models and hybrids. Take the Nissan Qashqai, a former What Car? Car of the Year. Our favourite 1.5 dCi N-Connecta version emits just 99g/km of CO2; this meant, under the previous VED system, it qualified for free car tax. However, now the same car will cost you £120 in the first year and £140 thereafter. Over three years, that’s an extra £400.”

To add insult to injury, this is not even the only paradox

Imagine you’re interested in an electric car. At first sight, not a lot seems to have changed in this department. As they don’t cause any CO2 emissions, electric cars were freed from road tax payments prior to April 2017 and they should still be free of cost in the future.

So, attractive and innovative models such as the Nissan Leaf, BMW i3 or Renault Zoe will remain road tax free for the time being.

However, the same does not apply for a pricier vehicle such as the Tesla Model S. Since it exceeds the £40,000 limit, you will have to pay a hefty premium in terms of road tax. And this despite the Tesla being one of the most forward thinking cars available on the market today!

What’s more, the £40,000 limit seems specifically devised to work in the government’s favour. If you add lots of premium accessories to a car whose list price is below this number, you may still have to pay the higher road tax. Conversely, if you manage to haggle the purchasing price down to below £40,000, the list price still applies.

It seems you just can’t win with the new rules.

Why was the new tax introduced at all?

Now, before we go on denouncing the new flat rate road tax as unfair, let’s first take a look at why it was introduced. As we’ve mentioned, the idea of the old system was to improve fuel efficiency and to punish drivers of overly polluting models.

In a way, this system has worked too well. Today, about a quarter of all vehicles no longer need to pay any road tax, as they fall below the critical level of 125g/km. Which means that a lot of the incentives to improve the ecological footprint even more have been lost.

Even more importantly, there has always been something inherently unfair about the old rules as well!

Essentially, anyone with the budget to afford an expensive car meeting the tax exemption limit did not have to pay any road tax whatsoever. In contrast, poorer households with barely enough money to afford an older model exceeding the limit were additionally punished by having to pay a higher road tax.

So it makes sense that Chancellor George Osborne saw the need to make changes to the old road tax. It is also commendable that the profits made from the new rules will be used for a a £220 million Clean Air Fund as well as a New Roads Fund. Both of these should benefit drivers across the country.

This said, the new road tax will hit buyers of new cars registered after April 2017 hard. Although it may lead to higher earners paying more, it will affect lower income families even more. And since the road tax is mostly a flat rate now, it seems unlikely that manufacturers will invest into even more efficient anti-pollution strategies.

The interesting effect of the new road tax, meanwhile, is that it makes used cars even more interesting than before. After all, none of the above applies if you buy a vehicle registered before April 2017. As long as you steer clear of this date, you will still be taxed under the old legislation, which can give you considerable financial improvements.

The times are vchanging, but you can at least stop the clock from ticking. Just drop by our Manchester showroom and choose from our expansive selection of second hand cars. You’ll be pleased to know that most of them are extremely fuel efficient as well.