How to appeal car tickets online 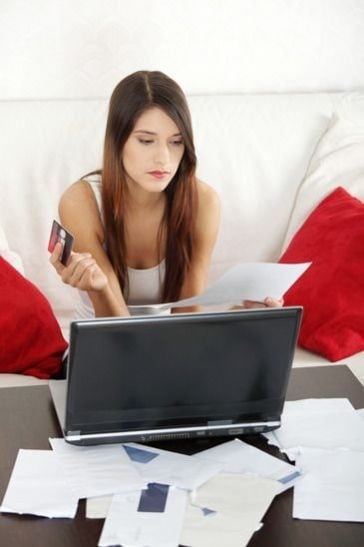 We’ve become accustomed to taking care of almost anything online. From shopping to banking and from dating to customer relationships, the web has made our world faster, cheaper and more efficient. One final frontier has remained, however.

When it comes to traffic violations and dealing with local authorities because of car tickets, waiting in line and sending traditional letters back and forth have remained the norm. According to Auto Express, a new platform designed to appeal car tickets online may change all that. It may save you money as well.

Fines: How much to expect

All of this would hardly matter if it weren’t for one fact: The penalty charge for a car ticket has become increasingly expensive. More accurately, it has risen to outright absurd levels. Says RAC Foundation director Steve Gooding:

“Each year we publish this analysis and each year we are not only astonished by the numbers involved, but also by the fact that those numbers keep rocketing up.”

Granted, it is probably for the greater good that a traffic ticket will set you back at least £100 fine and 3 penalty points on your licence.  Speeding, after all, is a serious offence and a danger to traffic safety.

Which makes it all the more shocking that even a minor misconduct such as a parking ticket can cost you the same amount! With recent rises of up to 20% in just one year, fines have reached record levels.

With standing charges for your car also rising, this makes it vitally important to at least try and have the fine revoked if you feel you’ve been treated unfairly.

Up until today, the process of appealing against parking tickets was cumbersome. You would have to file a written complaining with the Traffic Penalty Tribute (TPT), include copies of all relevant documents and photos and then wait for their reply. In case of a dismissal, there was still a chance of appealing against the decision, but that, too, would take time and involve a lot of paperwork.

Little wonder, then, that only few of those charged with a parking offence – a mere 0,5% – even tried. This is a mistake, however.

For one, the authorities are now aggressively targeting offenders. Fines have become an important source of income for treasuries and there times of mercy are over.

As The Telegraph reported:

Don’t expect these numbers to go down, as parking space remains tight in most inner cities.

The other reason you shouldn’t just sheepishly pay parking fines is this: Almost half of those who did actually appeal their traffic ticket succeeded in getting their money back!

That said, things are different when it comes to a speeding ticket:

This means that you should only contest a speeding ticket if you’re absolutely sure the signs, details of the offence or the measuring equipment were wrong or if you can make a reasonable claim you don’t know who was driving at the time.

If all of this sounds too risky, it probably is. Instead, you can just pay the penalty charge and plead to have your three points changed into a speeding awareness course.

With other fines, such as parking violations, your chances of success in court are excellent, however. So what are some of the most common reasons for a parking ticket appeal?

Each case is different. Sometimes, it won’t be hard for you to prove you’re right. In other instances, however, you’ll need further evidence.

As soon as you see the ticket behind your wiper blade, you should start documenting the evidence. Ideally, you should do this straight away. Money Saving Expert has a great list of concrete suggestions:

Take pictures of unclear signs or markings. Also, take a shot of your vehicle and its position at the time of the alleged offence.
If you can and it it’s feasible, ask bystanders to assist you. If they can confirm your story by signing a statement, this will greatly increase your chances of a successful appeal.

Money Saving Expert also recommend keeping records of the entire documentation surrounding the case. Private parking companies handle many cases of incorrect parking. Make sure to archive your correspondence with them. (would you believe it, there is even such a thing as a British Parking Association!) This also includes any “proof of mitigating circumstances“, such as a “receipt from a recovery company if you were broken down.”

If you intend to contest a fine, you should never pay it first. Paying means admitting in this case and once you’ve wired the money, there’s no chance of ever retrieving it.

However, there is an interesting alternative somewhere between just paying a fine and going for a full fledged appeal.

If you agree to pay the parking fines within 14 calendar dayse, you will be granted a 50% discount. In some cases, this is better than going through the trouble of proving you were right.

So, either pay up instantly or try your luck with an appeal. But don’t let the 14 calendar days expire and then pay a lot more than you really had to.

A new platform, a new approach

There’s an interesting question about that statistic: How many of those that did actually succeeded in getting their money back: Almost half! One thing’s for sure: Even more drivers charged with a penalty could benefit from a better organised system for appeals.

This insight may explain why the TPT has agreed to collaborate with customer service company Resolver on an online platform allowing anyone with a parking ticket to try and resolve their issue.

The system will only be open to the public towards the end of the year. But the process is clear. You’ll still need to formally challenge the ticket in writing. But once this challenge has been rejected, you can directly submit your parking ticket appeal online.

The site doesn’t merely work as a more luxurious version of sending emails to the authorities, however. It also allows for uploading all of the evidence as files. This represents a significant improvement over the old habit of having to print everything out or make expensive photocopies. As a result, experts expect the platform to speed up the turnaround time of an appeal from weeks to a few days.

The repercussions of the platform may be more far-reaching than just making your life as a driver a lot more enjoyable. If it proves itself, it may come to change the entire judicial system. According to Caroline Sheppard, Chief Adjudicator of the TPT:

“The platform has already generated considerable interest from other areas of the UK judiciary because it is fast, efficient, accessible and will bring cost savings to local authorities as well as simplifying the process for those appealing.”

Let’s hope the huge amounts of data and insight will also help bring down the number of incorrect tickets in the first place.