The 7 Best Car Magazines in the UK 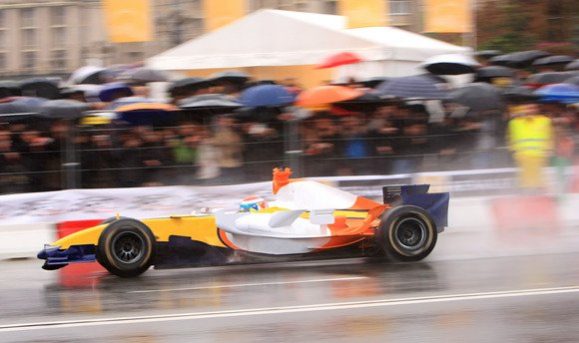 Are car magazines a thing of the past? It would certainly appear so. Ever since the advent of the Internet, the pace of news has accelerated. Today, the relevance of a publication is measured in minutes and hours and no longer in weeks or months. This is especially true for a fast-moving industry like the automobile sector, which prides itself on constant innovation and progress.

It should therefore hardly come as a surprise that printed car magazines have suffered gravely from online competition – including their own websites! For more than two decades, print runs have gone down, cutting in more than half the readership of some of the flagship publications, while forcing others to close down entirely.

And yet, car mags still clearly serve a purpose and it definitely looks as though they will be around for some time. If you, too, not just enjoy driving, but finding out more about car culture and technology, we now have the perfect guide for you.

These are the seven best UK car magazines, from the big to the small, from the mainstream to the niche-oriented. As different as they are, though, there’s one thing all of them have in common: They all offer both print and online editions, allowing you to begin your journey of discovery in whatever format you prefer.

Any survey on car magazines definitely has to start with Autocar. After all, this magazine was the UK’s very first publication covering automobiles. Set up in 1895, it boasts an almost uninterrupted run of weekly releases, a history no other current competitor can even remotely match.

Over the course of its more than one hundred year long history, Autocar has been in the driving seat of the industry for many years, essentially inventing the road test and premiering some of the most legendary vehicles. It has also expanded into emerging markets, founding an Indian subsidiary. One of their strengths to this day have been its minute performance detail sheets, which include, among others, gear acceleration and speeds in gears.

Fast forward to 2017, meanwhile, and Autocar magazine has lost a lot of traction. Its strong opinion pieces remain freely available online, and continue to stir up emotions and spark debate. However: A lot less specialised than many of its competitors, with only a moderately successful social media presence and an extremely sober looking website, it mainly presents itself as little more than a trustworthy news source these days.

That said, Autocar may no longer lead the pack as it used to. But it is still remains one of the foremost car publications in a market it essentially built from scratch.

Autocar may be the UK’s longest running car magazine, but Auto Express is the country’s biggest and busiest – no other publication even comes close to matching its dizzying 1,100 car tests each year. And with 30,000 regular subscribers and about double that number in total weekly readers, Auto Express has led the industry ever since its inception at the end of the 80s.

In terms of outlook, Auto Express and its big rival Autocar do look very similar, both priding themselves on objective, in-depth coverage and up to date news stories. Especially in the latter department, Auto Express has probably by now established a small lead over its main rival, continually coming up with scoops and ahead-of-official-publication-date photography on upcoming new models.

Despite its weekly edition and informative website, its strongest point may well be its facebook page and youtube channel, were there is a healthy debate on all the latest topics from the automotive sector. Fast approaching its 30th birthday next year, Auto Express looks set to remain one of the UK’s most important mainstream car publication in the foreseeable future.

On the face of it, Auto Express may not have a lot in common with EVO, the UK’s leading performance- and supercar magazine. While the former is geared towards the mass market, the latter is decidedly a niche publication, as significant as this particular niche may be: EVO mainly deals with the most exciting – and, we should add, priciest – vehicles available on the market. Interestingly enough, the two are however closely related, as Dennis Publishing currently holds the licensing rights to both (after purchasing the brand from EVO Publishing) and has made excellent use of the possibilities of cross-marketing.

Despite the alliance, EVO has kept its independence and personal angle – a rare feat in the industry and one which has been vital in securing it one of the most loyal readerships in a time of dwindling sales figures. So what is it about EVO that still has so many car enthusiasts anxiously awaiting their copy every month for their new issue?

What mainly sets EVO apart is its focus on the emotional, subjective side of driving. Cars are not just functional transportation devices to its editors, but symbols for freedom, mobility and a way of life. And so, aspects like design and the general feeling of a car play an important role in their review assessment, just as much as the technology hidden underneath the hood.

EVO is still considered by many as a great source for quality journalism, as a source to read about complex technology in an easy to understand style. Although some readers reckon its best years were between 2004 and 2007 and thus now lie in the past, it has remained a relevant player on the scene and continues to innovate – with its well-made youtube channel, among others.

CAR has been called many things. In its heydays, many of the car manufacturers considered it a disgrace and a problem for the industry. Others called it the publication of choice for ‘the thinking person’s petrolhead’. Whatever your perspective, it is widely understood that, in many respects, CAR shaped our current perspective on car magazines in general.

This is because some of the most obvious features you’ve come to expect when opening the pages of a car magazine were pioneered by this publication over the course of its more than half a century long history. Among these, the car of the year award stands out, as do comparison tests with clear winners and losers – still considered a sacrilege in the 70s. The concept of ‘scoops’ and ‘phantom images’ of upcoming models was also brought to fruition in CAR, which frequently irritated industry executives by showing pictures far ahead of a new car’s official release date.

On the other hand, as former editor Gavin Green pointed out in a fascinating account of the first 50 years, CAR has remained different from most other automobile magazines. One of its cornerstones was its focus on big cover stories, its proud insistence to go beyond the mundane topics and look at the social, political and creative implications of car culture. This is probably most obvious in its opinion pieces, which cover anything from the ongoing appeal of oldtimers to sexism on motor shows.

Just like EVO, CAR cares most about the emotional side of driving – although the vehicles found in it tend be slightly more affordable. It may no longer provoke public opinion the way it did in the 70s. At the same time, CAR continues to be a unique proposition and a league of its own even in the new Millennium.

On the face of it, everything about Fast Car Magazine screams leftfield, niche and freak. This is a magazine that has dedicated itself entirely to tuning and pimping, to exotic cars made even more exotic by exchanging every single screw for another, applying garish paints and boosting performance to frankly absurd levels. And yet, the last time its readership was measured, Fast Car ranked as one of the biggest printed car publications in the country. With more than 5 million likes on Facebook, it has also managed to exploit the digital revolution as a unique opportunity to grow rather than to regard it as a threat to its business model.

This may also be the reason why it has stayed vital despite having to deal with the typical problems of the publishing industry. While its facebook page offers regular updates and lively discussions and its website is updated daily with new stories and features, the print edition still offers plenty of value as well. Coming with plenty of gimmicks and gadgets, from posters via stickers to CDs and DVDs, it has everything a car lover could want.

Most importantly, it has something none of its competitors offers: Humour. Although all of its readers are clearly devoted to the topic, Fast Car Magazine does not treat the subject matter too seriously. Driving and working on your cars should be fun, after all. This sense of self-deprecation has helped make the magazine one of the few specialised publications which look certain to survive the Internet revolution.

Speaking of specialised magazines, this next publication must surely be one of the most singularly dedicated brands out there: Each month and with only a few select exceptions, Total 911 is filled to the brim with nothing but news on the Porsche 911. You’d expect there’d be nothing to write about very quickly, but Total 911 has managed to stay in business for over a decade and is still going strong, having successfully introduced digital editions of the magazine.

An important part of its appeal lies in the incredible photography, with some of the shots taking up two entire pages and giving you that grand coffee-table-book-feeling. And then, of course, Total 911 benefits from the almost inexhaustible history of the most classic of all Porsches, which allows for both in-depth storytelling and technology reports.

In the end, of course, this is clearly a fanboy publication hardly suitable for general consumption. But then again, the makers of Total 911 have never claimed otherwise.

Which brings us to the end of our survey of the seven great car magazines in the UK. And we’ve saved the undeniably most important entry into our list for last.

With monthly sales of around 100,000-150,000 copies in the UK alone, Top Gear easily dwarfs all of the aforementioned car magazines. With a multitude of international licenses to complement the UK edition, Top Gear is also the only publication to have established itself as a major brand on a truly global level, with mags baring its name being sold from Poland to Turkey.

Of course, Top Gear magazine has something none of the other contestants in this article can boast: The support of a prime time TV programme, which also happens to be one of the BBC’s biggest success stories ever. In fact, Top Gear has been a veritable cash cow for the Beeb, as it was distributed to countless countries and attracted a crowd of millions for years. The close correlation between these formats, as well as the inclusion of DVDs extending the brand into documentary territory, was one of the earliest success stories of cross-media-branding, something today considered entirely normal thanks to facebook, twitter and youtube.

What made Top Gear so attractive is that it was always way more than just a car magazine. It was also an entertainment show and a forum for car lovers to geek out, regardless of their budget or particular car interest. Its unique appeal was the result of its charismatic team of moderators, led by the inimitable and often unaccountable Jeremy Clarkson, whose whit was all too often overshadowed by his over-the-top racist remarks This constant hovering over the cusp of what could and could not be said on TV brought you to the edge of your seat for most of the time, but it was also the show’s eventual demise. After Clarkson was forced to leave after one ill-advised remark too many, Top Gear never really returned to its old form, shedding half of its audience during the first post-Clarkson season alone.

And yet, despite its slow deterioration, Top Gear continues to set the pace on the car magazine market. Is it also the best car magazine available today? We’ll leave that for you to decide.