Your Used Vauxhall Showroom in Manchester 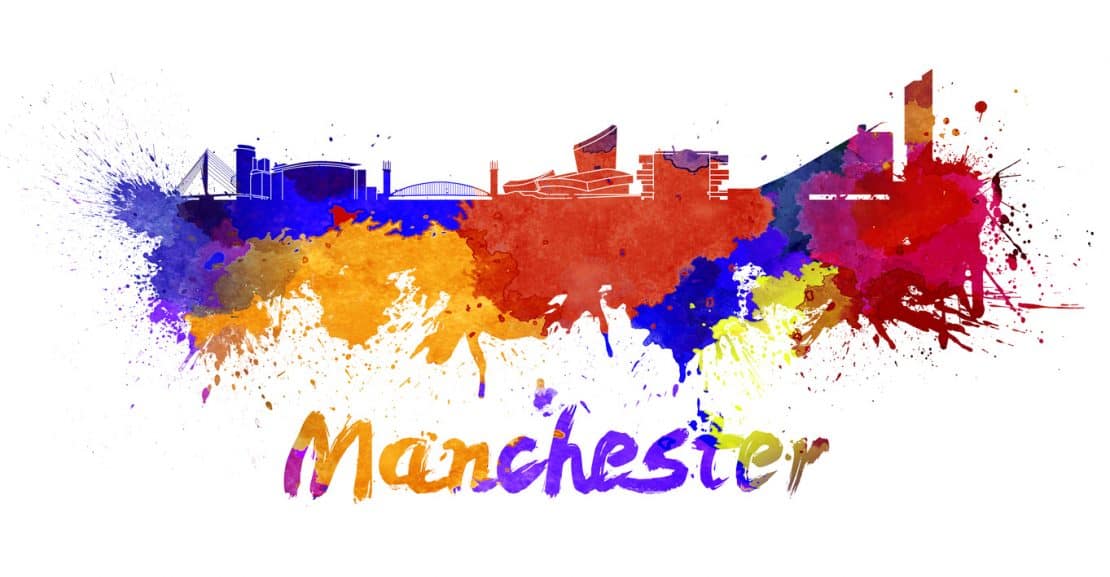 Concept Car Credit is widely considered one of the best used Vauxhall Showrooms in Manchester. And there are very good reasons for that. Although we also offer a wide range of other brands, we place a special emphasis on a car company which has been one of the UK’s leading car producer for decades.

In fact, statistics show that one out of four UK citizens have owned a Vauxhall Astra at one point. So Vauxhalls don’t just make up for an important part of the cars that populate the streets. They also provide us with plenty of wonderful collective memories.

Nonetheless, Vauxhall is currently experiencing what may well be its worst crisis since reinventing itself as a mass market brand in the post-war years.

In this feature, we want to talk a bit about the current problems of the marque and its weaknesses. But most of all, we want to show you why there may never have been a better time to drive a Vauxhall than right now.

Be it as it may, things are not going well for Vauxhall. Throughout most of the past decades, it has held a considerable percentage of the UK car market. More precisely, Vauxhall and Ford used to compete against each other for the position of this country’s most popular car make for many, many years.

Since, then, however, things quickly turned sour.

Starting in late 2016, Vauxhall’s market share has dropped more than any other brand’s. It went from just under 10% in 2016 to barely 7% a year later. Its popular Corsa and Insignia models lost 30% and 40% of their sales respectively.

For many used Vauxhall showrooms in Manchester and the UK as a whole, these have been hard and troubling times. And the way things are going, there seems to be no end to the misery.

So how did it come to this?

Good question. Even experts are dumbfounded by Vauxhall’s demise. In an opinion piece for car market publication Motoring Research, Richard Aucock has wondered about the reasons for the brand’s recent sales troubles.

Intriguingly enough, he came up with more questions than answers:

“The new Astra is a good car, and a British-built one at that. Why it’s not selling is thus strange: it’s received strong press reviews and surely the UK-made element is more relevant than ever in our Brexit-obsessed world. Point the finger at bad marketing, perhaps? Because there’s no excuse for it not appearing on the top 10 best-sellers chart for July, not when the ageing Ford Focus can take the top spot.”

The only possible explanation Aucock came up with was the somewhat dated look of one of the brand’s key models, the Corsa. But a conservative remodelling policy has always been a vital part of Vauxhall’s approach. And for the larger part of the marque’s history, it has served it well.

It’s not a question of quality

It may not be easy to come up with satisfying explanations for the Vauxhall debacle. One thing’s for sure, though: It is certainly not a question of quality. In fact, while some of its closest rivals, such as Volkswagen, have long been criticised for their disappointing reliability ratings, Vauxhall has always performed extremely well in these surveys.

In the infamous JD Power rating, two Vauxhall models secured first spot in their category, as reported by Buy a Car:

The Vauxhall Insignia was the most reliable contestant in the important family car segment. This achievement is all the more impressive as the Insignia snapped up the pole position for the second year running.

And the now replaced Meriva continues to astonish, deservedly ending up first in the city car category. Owners were particularly happy with its electrical components and its rock solid build.

Clearly, once your Vauxhall has left the Showroom, it won’t be returning for a repair anytime soon. If anything, Vauxhall is leading the competition in terms of quality.

Poor sales numbers for new cars are not the only area Vauxhall is under performing in, however.

Despite the great reviews and extremely satisfied customer reports, Vauxhalls continue to suffer from one of the market’s highest depreciation rate. Almost every single model loses significant value over the first years of its life cycle. This may seem absurd considering its outstanding credentials. But it’s been a fact that has haunted the marque for decades.

“The brutal truth is that Vauxhalls are unloved on the second hand market, which is not so much a comment on their running costs and reliability, but more a reflection of the brand’s lack of aspirational appeal.”

This is going to hurt you if you stepped into a Vauxhall showroom and bought one of the brand’s models new. But it obviously offers some great deals for anyone looking to buy used.

One man’s sorrow is another man’s joy.

Almost without fail, every single Vauxhall offers incredible value for money on the second hand market:

With this in mind, let’s now take a look at what you can expect at our Manchester Vauxhall showroom. Here are some of the leading models from the Vauxhall family – with a short description of what makes them great.

But don’t forget: We typically offer the brand’s entire model range. So do take a look at our digital car showroom if you’re looking for a Zafira or an Insignia, for example.

The Meriva is no more. In 2017, it was replaced by the Crossland, which is more than just a follow-up and offers a veritable new concept. This is a shame, since the Meriva has been one of the UK car market’s most interesting and innovative brands.

The first Meriva featured the Flexspace concept, for example, which allowed for a brilliant way to individualise passenger and baggage space. Its successor, the Meriva B, meanwhile, was the only vehicle to offer rear hinged doors, creating valuable additional space for rear passengers. And, as Autocar rightly point out: “The arrangement has added a certain intrigue to a car that, for all its virtues, has in the past been perceived as steady but unremarkable.”

On the strength of these innovations, the first Meriva generation sold a million cars. The second one did not quite perform this well, which eventually led to its rebranding as the Crossland X, a move to cash in on the ongoing surge of SUVs.

Still, the Meriva still offers excellent value on the second hand market. Autocar described it as “attractive, cleverly designed, roomy and refined, and would make as practical a second car as most families are likely to need.” The RAC, too, feels it “deserves wider recognition”.

Plenty of reasons, therefore, to check it out in person at our Manchester Vauxhall showroom.

Some consider the Corsa dreadfully outdated. We beg to differ. Thanks to a strong facelift, it now looks both attractive and sympathetic, adding pleasing visuals to an already powerful array of benefits. For almost 20 years, it has been one of this country’s best-selling cars. And it was one of the first models to function as a ‘city car’ at a time when the concept wasn’t even ‘a thing’.

As with most members of the Vauxhall family, the Corsa is not a car that will make your heart beat faster. However, it is decidedly one of the cars that can slowly win you over and turn you into a fully fledged fan.

When Voxhaull polled Corsa drivers for what they wanted for the new model range, they came up with a surprising response. As Autocar reports:

“A heated windscreen. That’s what, in customer satisfaction surveys, current Vauxhall Corsa owners said they wanted. Not a revolution in looks, nor in dynamics, nor in cabin ambiance, but a heated windscreen, please.”

Little wonder, then, that the Corsa hasn’t undergone many radical changes for the past few years. Topgear even called its latest incarnation the best Corsa ever. Which was quite a compliment coming from the UK’s leading car magazine.

We still feel that the Volkswagen Golf may be the most perfect car ever built. But the Astra certainly isn’t trailing far behind. This car has been a familiar sight on our roads for almost 40 years and it has consistently been one of the most popular used models in our Manchester Vauxhall Showroom.

Perhaps one of the reasons for this ongoing appeal is indeed, as has been suggested, the fact that it was developed here and therefore tends to perform well on our roads.

Or perhaps it’s simply because it is one of the most practical and functional vehicles available. As The Guardian put it, ‘it gets the job done’. And that’s definitely not a back-handed compliment.

Its most recent iterations have frequently been praised as being possibly the best Astra ever. Or, depending on your previous preferences, “an Astra you may actually like”. Certainly, the overall experience has become significantly more valuable. The Guardian even praised its interior for offering a ‘premium feel’.

All of these advantages also translate perfectly to the second hand versions of the Astra. Take a look at the models we have in store for you at our Manchester Vauxhall showroom – and you may be surprised.

When the Mokka arrived on the scene some time back, most professional car reviewers were underwhelmed. The general impression was that the Mokka was an alright sort of car with a well balanced package of features. But most saw the competition ahead.

UK drivers have once again put the experts’ verdict to shame. Within a remarkably short span of time, the Mokka has not just become the best selling Vauxhall. It has also become the country’s best sold SUV. Recently, it overtook the seemingly unbeatable Nissan Quashquai in the latest sales rankings. The Mokka gives hope to the idea that the brand could actually be making a comeback soon.

So, what has made the Mokka so popular among UK consumers? In its (average) review of the Mokka, Autocar writes:

“This car may not stand out, but in a small crossover market that’s yet to reach maturity, it represents something worth having: a pragmatic middle ground between the madcap Nissan Juke, the highly strung Mini Countryman and the worthy Skoda Yeti.”

Writing for the Guardian, Zoe Williams put it even better:

“Plenty of people – it might even be most of us – want a car that rises to a broad sweep of occasions, with enough boot space to use it as storage when the recycling guys are on holiday. This is that car.”

The same goes for almost all members of the Vauxhall family: New or used, they all offer excellent bang for your buck. So don’t hesitate and step into our Manchester Vauxhall showroom. Here, you’ll experience the benefits of this currently under appreciated marque for yourself!