Warnings When Buying a Used Car: The Ultimate Guide 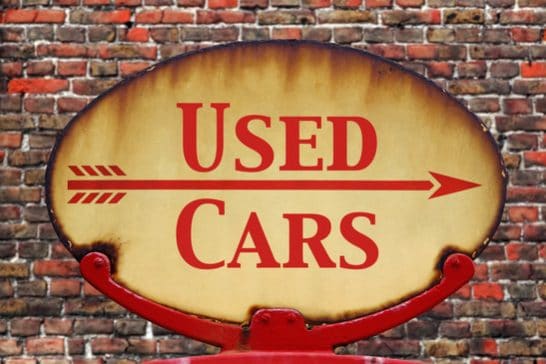 Already buying a new car is anything but easy, But looking for a used car can sometimes seem outright daunting:

There are reports of shady car dealers abound.
There are countless stories of private purchases gone wrong.
And for all those still not afraid to take the plunge, there are endless lists of criteria to take into account.

If you’ve sometimes wondered how anyone can separate the wheat from the chaff when it comes to buying a used car, you’re not alone.

So what to do?

First of all, don’t panic. Despite everything you’ve heard, buying a used car is not rocket science. And with the market for used cars continually growing, the good guys are actually gradually gaining the upper hand and crowding out the black sheep.

Secondly, never rush in. Yes, there will always be a little more pressure with a used car offering than with a new model. After all, if you take too much time, the car may be gone and so will be your chance of getting a great deal. That, however, should not lead you into taking rushed decisions. No deal should be struck on a first visit – always think things through, even if it’s only for one or two hours.

And thirdly, make sure to read this major guide of the most important warnings when buying a used car. By heeding our advice, you should be able to steer clear of the most disastrous deals and get safely behind the wheel again.

Whatever you do, however, everything starts with one thing:

Although you won’t need to invest months of research, it does help to know as much as possible about the car you intend to buy. Quick and yet insightful information can be gathered from sources such as the Buying Guides of car magazines such as auto express. Price information is available via sites such as parkers.com or classified ads in your local news paper.

Finally, during the sales conversation, don’t forget to ask questions. One important question that is unfortunately asked far too seldom is why the car is being sold in the first place. If the answer sounds fabricated or evasive, there may be something wrong with the vehicle and you may be better of walking away from the deal.

Although they don’t have the best of reputations, most car dealers these days actually take their job very seriously and will do their utmost best to adhere to strict quality criteria when refurbishing and selling a used car. And even if they don’t, you still have plenty of legal protection in case anything goes wrong or if there should be any hidden defects.

The same does not apply when buying from a private vendor. Here, it’s a case of Buyer’s Beware, which means you do not have the same kind of protection and will need to be more careful.

Thankfully, the AA have put together an extensive vehicle inspection list, which will help you focus on the most important points.

These include, among others:

Since the list by the AA is long and requires a lot of attention to detail, you should make sure to …

This simply means that you should always bring someone along with you when you’re planning to buy a used car. Ideally, this should be a car-savvy friend or relative, or, probably even better, an independent car expert. The latter need not charge enormous amounts of money, so it can certainly pay off to invest 100-200 Pounds in return for a second opinion that you can truly trust.

But even if you don’t know anyone with meaningful expertise on cars, it still helps to bring a second person with you. You can split up the inspection list and, as always, two pairs of eyes will see and notice more than just one. It can also help you when haggling with the seller, especially if you can pull of a good buyer bad buyer routine.

But even if you’re perfectly prepared, we should point out that there are definitely …

One group of vehicles sticks out here: High performance cars. As cartalk.com has correctly pointed out, these cars are usually owned by drivers who want to take their vehicle to the limit:

“Do you think a buyer of a new Camaro or Nissan 370Z is interested in comfort, cabin accoutrements or the number of cupholders? Hardly. They’re interested in seeing what the car “can do” — and that means plenty of stress on the engine, suspension and other expensive systems.”

Another category of cars better left alone are automobiles previously owned by smokers. The simple reason is that you will never be able to fully get rid of the smell, even if it may not seem quite that bad during a test drive. Tobacco smoke gets deeply into the upholstery and will require expensive chemical treatment to be fully eliminated.

After you’ve taken care of these basic points, it is now time to turn towards our list of the most important warnings for used car buyers.

You may know that bouncers at a club tend to look at a prospective guest’s shoes first to gauge whether they fit the establishment. The same is true for cars. The current state of the tires will reveal a lot about how the vehicle was driven and how well it’s been maintained in general.

Heavily worn tires can be a sign of a car reaching its limits and it is also a sign of neglect, since worn tires are a safety hazard. The same goes for mismatched tires.

Spanking new tires, on the other hand, are equally suspicious, as they may indicate that the seller wants to cover up the dire state of his vehicle.

It goes without saying that a used car, especially if you’re buying it from a private vendor, will never look entirely new. Small patches of rust or damages to the paint are a normal sign of use and need not point to major issues underneath the hood. However, badly done bodywork and paint jobs can be a sign of deeper rooted problems and may require expensive repairs later on.

This is especially true for bodywork such as panel fittings. With paint, take a close look at whether the paint job looks seamless. In case of an accident, usually not the entire surface will be re-painted, but only the damaged area. If this isn’t done perfectly, you will always see a border line. In other words, border lines can be a sign of a shunt at some point in the car’s history.

As we mentioned earlier, if you’re buying a used car privately, you don’t have the same protection as you would when working with a dealer. This means that little details can suddenly become very important. One of these details is the full contact information of the vendor. You should never buy a car from a seller who will only give you a mobile number, as this will not allow you to trace it.

You should also make sure to meet at the seller’s house, so you can match the information on the car documents with the actual address. This is an important point since you’ll need to be able to get in touch with the seller if there should be any questions or issues after the deal has been struck. It is also a verification to make sure the car hasn’t been stolen.

Getting a great deal through tough negotiations and preparations is an achievement to be proud of. If a car is already advertised at a price far below the usual market level, that’s usually not a good sign. Quite on the contrary, it will usually indicate that there is something suspicious going on.

Although you can still visit the seller and take a look at the car, there are usually very good reasons why a vehicle is sold at a steep discount. Never buy such a suspiciously cheap car without expert advice and take particular caution of our warnings.

And if you’re not 100% sure about the offer, don’t be afraid to walk away from it.

Warning #5: What the Steering Wheel reveals

The steering wheel is often overlooked, but it’s actually one of the most important parts of any car. You should never buy a car without first testing the steering wheel and making sure it is working perfectly.

This obviously applies for the test drive, during which you should verify that the wheel does not rattle or shake when driving across uneven surfaces. But you can already verify the status of the steering wheel even earlier than that. With the engine idle, turn the wheel to the left and to the right and check if the motion is smooth or if there is any slack.

We’ve talked about the downsides of a smoker’s car. But there are other, even more problematic smells that you can encounter on the inside of a car. One of them is a scent of mildew. This can indicate a prior water damage and not only can the smell itself turn out to be very hard to get rid off, but it can also signal serious problems and potentially expensive post-purchase repairs.

Needless to say, smells of oil, burnt rubber or gasoline should make you head home straight away.

Next to the steering wheel, the suspension of a car is one of the most overlooked parts of any vehicle. The infamous „death rattle“ will give potential problems away instantly, but some issues may be hidden away more discretely. Which is why it helps to follow the following warning by Consumer Reports:

“Check the suspension by pushing down hard on each fender and letting go. The car should rebound softly, once or twice. More than two severe rebounds indicate worn shock absorbers or struts. Also, drive the car over a bumpy road at about 30 mph. A car that bounces and slams at moderate speeds over common pavement may have a worn or damaged suspension.”

In most instances, the tailpipe will work just fine. Nonetheless, you should make absolutely sure. This is because the colour of the smoke coming from the tailpipe can be a precise indicator of significant issues:

Some white smoke right after you start up the engine is no cause for concern. Mostly, it is simply caused by condensation.
If, after you’ve warmed up the car, there should be black smoke, this may be a warning of problems with the air filter or other air-related devices in the vehicle.
Billowing white smoke, too, is a sign of serious combustion chamber problems, which will usually require expensive repairs.

The brakes of a car are your life-insurance, so you should always make sure they’re in perfect shape. Ideally, this would mean slamming down the brakes during the test drive. Any squealing noise is an instant sign of a problem, as are shuddering movements. All of these point to mechanical problems. Obviously, these can be repaired, but will require a larger financial investment overall.

If there seems to be a serious issue, it makes sense to step on the brakes and end the negotiations. 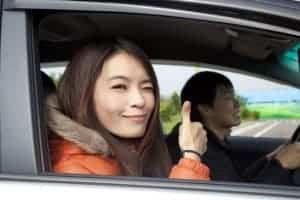 This doesn’t happen quite that often, but it does make sense to verify that the mileage has not been tempered with. As Auto Express have pointed out, there are a few signs that car clocking has taken place:

On the other hand, none of these danger signals are 100% conclusive. So to make absolutely sure, compare them to some of the other warnings that we’ve already mentioned that reveal how well a car has been maintained.