Autotrader: The history of a site that changed the game

Concept Car Credit > Our Blog > Car Blog > Autotrader: The history of a site that changed the game 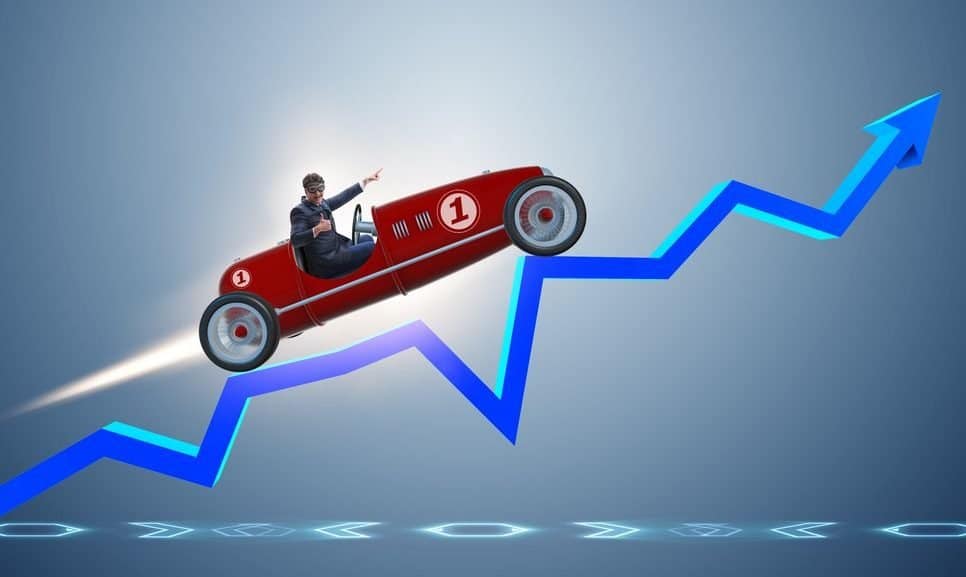 There are big websites. There are very big websites. And then there are websites that totally changed the nature we do business today. Autotrader firmly belongs to the latter category.

In this feature, we take a look at the meteoric rise of Autotrader. We analyse what made it stand out and what still makes it so very useful today. We also go through some of the criticism levelled against the site and review whether or not it is justified.

One thing’s for sure, though: You may love it or hate it. But Autotrader deserves the respect of the industry it helped to change.

The race for the UK used car market Part 1

There is a very good reason why we’re taking this in-depth look at Autotrader right now: One of the website’s most important markets, the one for UK used vehicles, is currently engaged in a fierce fight for supremacy.

For years, it seemed as though two websites were simply dividing up the market between them: Parkers and Autotrader. Both had a similar history as printed car listings that gradually grew into online platforms. Both were already big before the digital revolution, but would grew to become giants thanks to the Internet.

Whereas parkers was a local, UK-based company with plenty of useful specialised knowledge, however, Autotrader benefited from the financial power and clout of a global player. For a while, it looked like these two sites were all that UK consumers needed.

But that was about to change.

The race for the UK used car market Part 2

There is a very simple reason why this peculiar situation could not last for long: The used car market is simply too lucrative.

As the Financial Times have reported, the total value of the used car market in the UK stands at just over £45b, which is pretty much exactly the same amount as the market for new cars. A total of 7 million second hand cars are sold each year. Which is a truly mind blowing number, if you really think about it.

Where there’s so much money to be made, there will have to be competition. And so it was in the UK. Quickly, the market was flooded by new entrants.

Some of the best include:

In the USA, CarGurus has already overtaken Autotrader to become the market leader. In the UK, however, Autotrader still pulls in two thirds of all car sales. How did it come to arrive at this almost monopoly-like position? 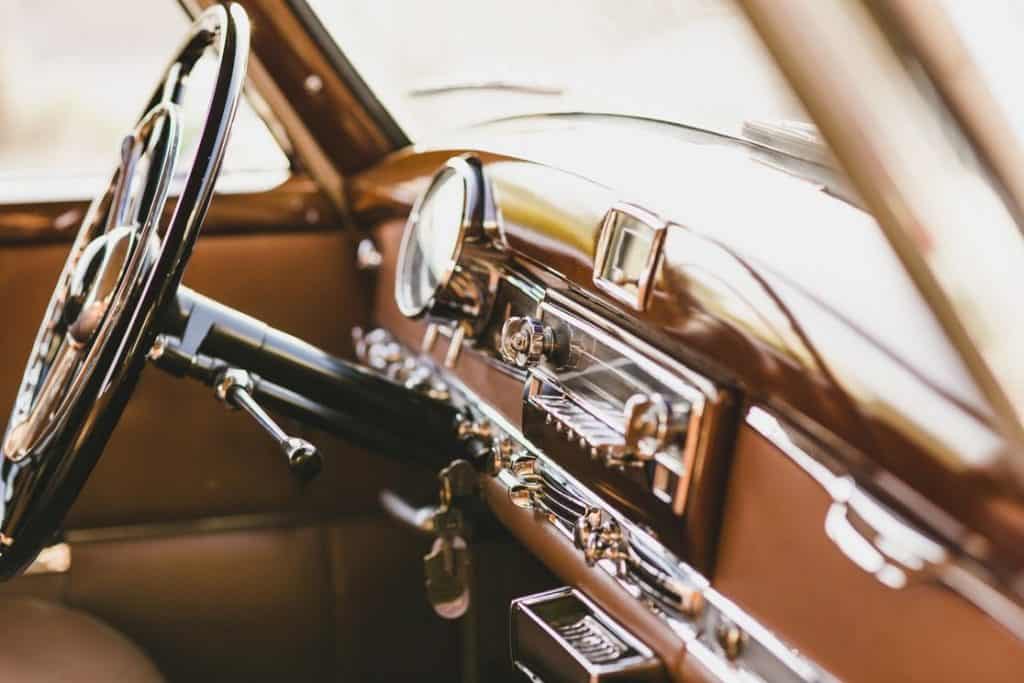 As mentioned, Autotrader started out as one of many magazines listing used cars for sale. If you grew up more recently, with carefully designed, colourful online market places, it is hard to imagine what these publications were like. Each week, you’d get a phone book’s worth of paper filled to the brim with models, prices and contact details. It doesn’t get less sexy than this.

At the same time, there was a huge demand for these magazines. At its peak, Autotrader’s print run stood at roughly one and a half million worldwide. 300,000 of these were sold in the UK alone. Among its peers, Autotrader always stood out for the sheer volume of its ads. Autotrader’s former CEO George Mienie remembers:

“At one stage the magazine was so popular that our printers told us we had to hold off as the magazine size was going to break the binder! In fact, there were several instances when AutoTrader was late to retail shelves as a result of it having broken the binders.”

Into the digital realm

Already as a car magazine, Autotrader was huge. But when the Internet exploded, it went on to become even bigger. As one of very few companies in the business, management understood the challenges and opportunities this would create for the car industry.

In the mid 90s, Chip Perry was at the helm at Autotrader. At that time, the print publication was still making a lot of money. Some might not have seen the need for drastic change. To Perry, however, it was clear that the old ways were on their way out.

As legend has it, he compiled his thoughts into a one-page short business strategy paper in may of 1998. It would create an online platform of unparallelled dimensions and seamlessly transition the magazine into the digital realm. Within 10 years, the site would have 15 million unique monthly visitors. Another decade later, those numbers had tripled.

A new way of buying cars

For drivers wanting to sell their cars, Autotrader made things a lot easier. Creating an ad, adding photos and managing the relationships with potential buyers was suddenly remarkable comfortable. For the most part, it was cheaper, too.

And yet, it was with the buying end of of things that Autotrader made its biggest impact.

Previously, a car price guide was little more than hundreds of pages of numbers and letters. Before you had actually physically seen the vehicle, there was no way of telling whether it was okay to buy. What’s more, there was no way of telling whether a seller was trustworthy or not. Buying a used car like this was more or less a lottery: The outcome was uncertain and the risks were high.

Suddenly. Autotrader.com allowed you to take a closer look at a car before contacting the seller. It also made it possible to easily compare different offerings to each other. Finally, dealers / sellers could include a car check report with their offering.

These things already matter with minor items sold on ebay. They obviously matter even more with pricey items like cars. Autotrader was the first to understand the need for more transparency and security in buying a car online. And it would use this insight to surge ahead of the competition. As Perry put it:

“The idea of buying something online and having it show up at your house is great for books, shoes, CDs and other low-investment products. But for a purchase that is as expensive, complex and emotional as the purchase of a car, the vast majority of people didn’t then and still don’t now want to make that purchase completely online.”

Today, making such a purchase online no longer seems quite that big a step anymore. And Autotrader was instrumental in taking things this far. 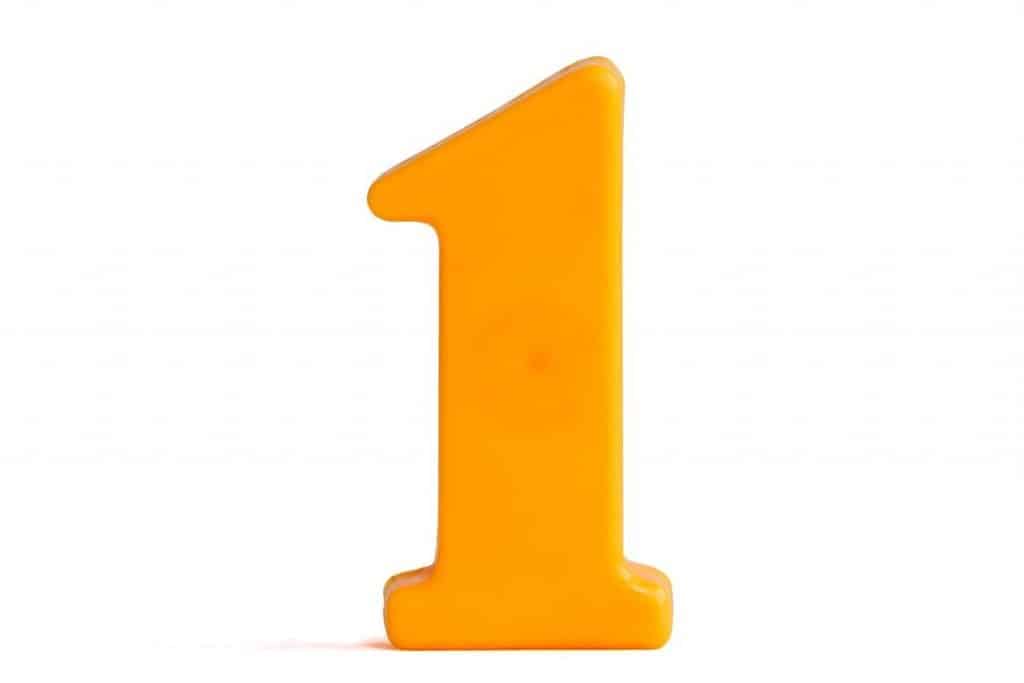 As with so many other industries in the early years of the dotcom boom, the online used car market was a winner-takes-it-all affair. As Autotrader got off to a headstart, it became even more useful. The more offerings there were, after all, the better. Especially in the early years, no website could remotely match the volume that Autotrader established for itself.

When people talk about the success of Autotrader, however, they often forget that its story is not a typical, but rather an a-typical one. Google, ebay, amazon – these brands did not exist before the digital revolution. They were, in fact, unthinkable without it. Established players, like Toys ‘r Us or Barnes & Nobles were not prepared to deal with their creative new solutions and their freemium offerings.

Quickly, nothing seemed as out of date as a traditional brick and mortar department store.

The best of both worlds

Autotrader, meanwhile, had firmly been a part of the old guard. It used business models which had been in operation for more than a century. If anyone would have had to place a bet on the traditional companies that would come out of the Internet era as winners, desperately few would have chosen Autotrader.

And yet, it was precisely its background in an established format which made Autotrader so remarkably successful. For as hot as many of the new companies were, they lacked in the personal insights gleaned from decades of hands-on relationships. Autotrader 2.0 offered both: The best of the new and the best of the old world. It was a combination that was deadly effective. It is easy to see why it would turn out to be lethal for its competitors.

Autotrader: Part of something bigger

Very few users actually know this, but Autotrader is part of a much larger corporation: Cox Automotive. Cox owns a portfolio of brands, all related to the car market. None of them can match the brand awareness and financial success of Autotrader. Together, however, they create a network of sites that mutually enhance each other.

This creates the opportunity for Autotrader to keep growing simply through the closer collaboration between these websites.

The brands currently run by Cox include the following:

Cox also own dealership management systems, which closes the circle and gets everyone on board.

Integration is (not) everything

And yet, aggressively bunching everything together under one umbrella has never been the strategy chosen by Cox’s managers. Instead, their goal has been to create a seamless buying experience. The ultimate goal is for Autotrader to be part of the entire buying process:

For one, Autotrader and dealerships are not mutually exclusive. Dealers can be active on Autotrader and thus actually reap the benefits of the platform just like any private seller.

What’s more, Autotrader’s sheer volume of offerings can be confusing. Sure, you can get a great deal there. But you’ll need to wade through myriads of ads and then go through almost as many rejections before actually driving off with a new car. Smaller dealers like us are perfect if you just want to buy from a local company with a small, but excellent selection of cars.

Finally, CCC specialises in car finance for those with a bad credit rating. That is something that’s not part of the Autotrader experience in any form. So although you may have more choice with them, you may end up empty-handed. At Concept Car Credit, we can almost always find a solution for you.

So drop by our Manchester showroom and take a look at our cars. We look forward to meeting you!